Royal baby No. 3 is almost here! Pregnant Kate Middleton had her last public outing before she officially goes on maternity leave on March 22 alongside her husband, Prince William.

The royal duo has a full day of appearances (many associated with the Commonwealth) set up for Kate’s last day of work for what we assume will be a while. They kicked off their morning at London’s Olympic Park where they visited SportsAid, a charity that challenges the next generation of British Paralympic athletes. 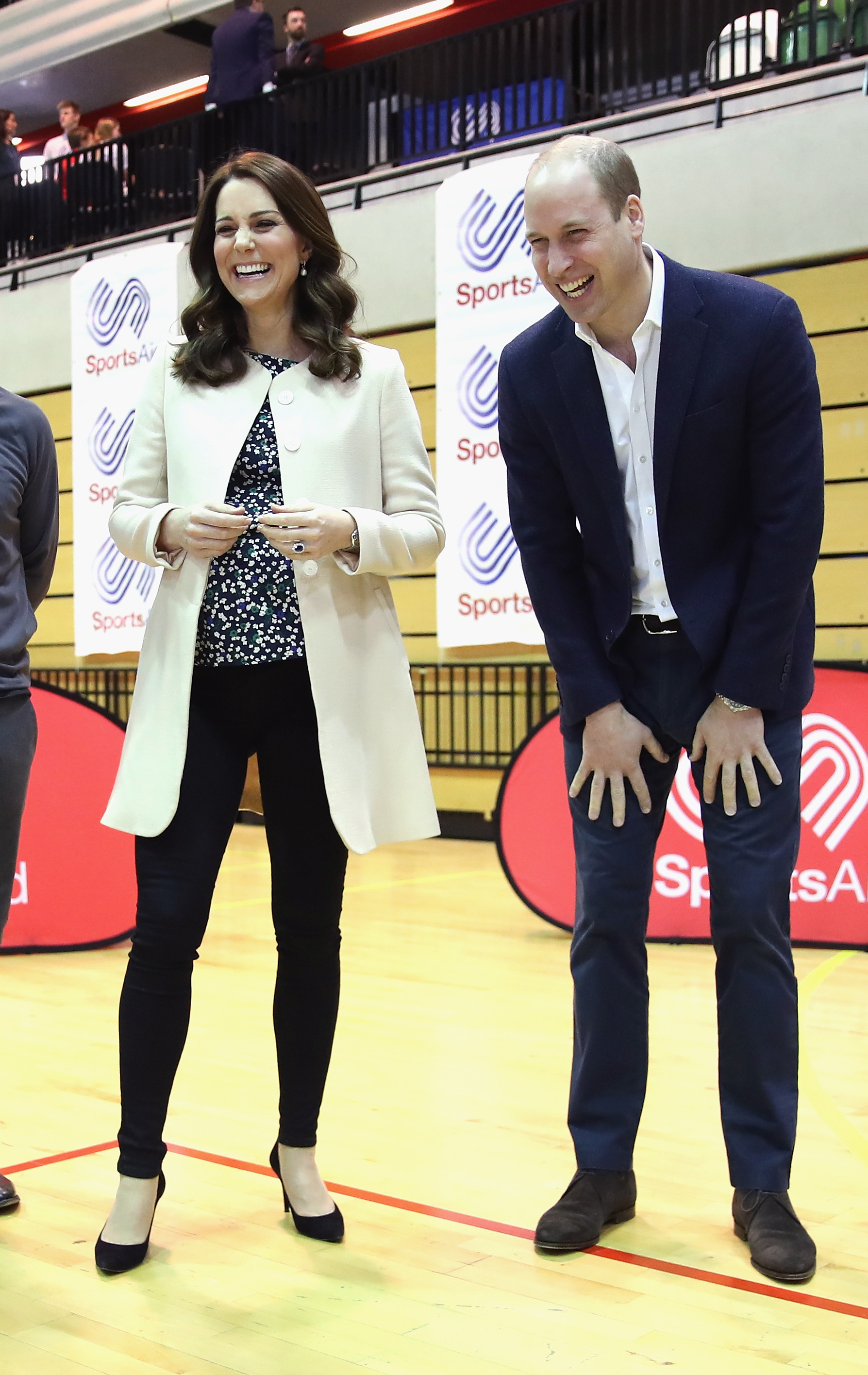 Kate looked stunning in a floral shirt, pair of black pants, creme coat, and black heels during the appearance. Her husband looked dapper in a casual ensemble: a pair of dark jeans with a white button-up shirt and dark blue blazer.

Kate’s maternity leave is coming at a good time, as sources recently told Closer Weekly that the duchess can’t wait for her third baby to get here. But she’s not the only one who’s thrilled — her two young children, Prince George, 4, and Princess Charlotte, 2, can’t wait to welcome their little sibling as well.

“George and Charlotte had the news about a new sibling broken to them while having cupcakes after dinner,” royal expert James McCourt revealed to Closer. “George couldn’t stop rubbing his mother’s belly! He was too young to understand when Kate was pregnant with Charlotte, but this time he’s very excited.” And Charlotte couldn’t have been happier either. “She’s thrilled to be a big sister,” he added. “And she looks out for Prince George, even though she’s the younger sibling.”

The brother and sister are even helping their mom decorate the baby’s nursery. “Kate wants them to participate in making the baby feel welcome, so she’s allowing them each to choose a special stuffed animal to place in the baby’s room,” an insider revealed. “Charlotte has even started practicing her big-sister skills on her dolls!”

We know Kate and her family can’t wait to welcome their new addition — and neither can the rest of England. “The royal baby is boosting the mood of the whole country,” McCourt shared. “The Queen can’t stop talking about the arrival of her new great-grandchild, and Buckingham Palace is buzzing,” another insider confirmed. We’re counting down the days!

UK Newspaper Accidentally Tweets That Duchess Camilla Is Pregnant Instead of Kate Middleton!

Kate Middleton Could Give Birth to Baby No. 3 on St. George’s Day (Cute, Right?!)