Was it just us or did Kate Middleton’s dress at Meghan Markle and Prince Harry‘s royal wedding look familiar? That’s probably because it was a recycled outfit. That’s right, the Duchess of Cambridge has worn the ensemble to royal events before.

For the nuptials on May 19, Kate wore her off-white Alexander McQueen coat dress. She paired the frock with a fascinator of the same color, adorned with big white roses. She also donned a pair of nude pumps. The 36-year-old looked especially stunning in the ensemble — especially since she just gave birth to baby No. 3 less than a month ago. 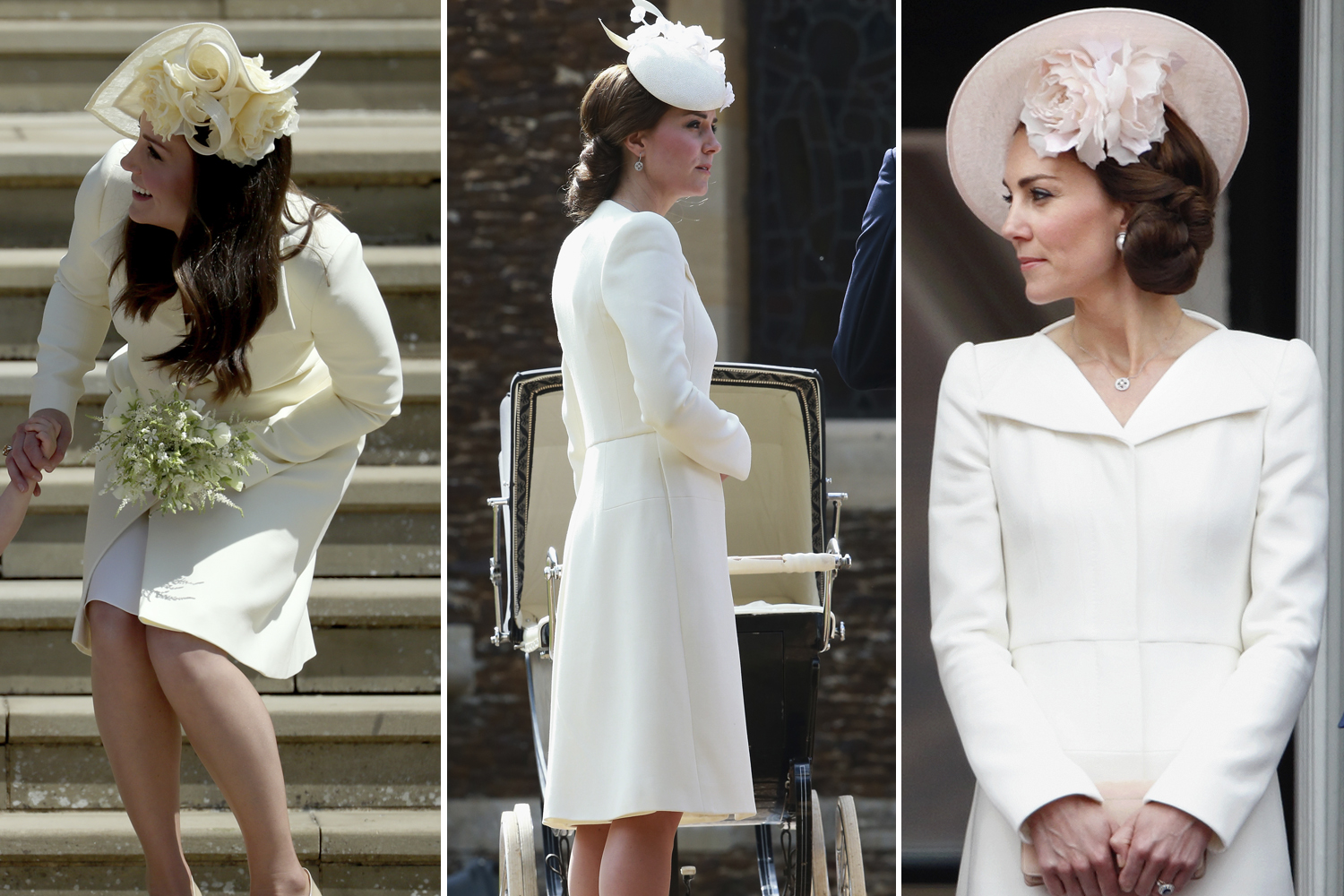 We’ve been seeing Kate in this outfit since July 2015, though. She sported the look for her now-three-year-old daughter Princess Charlotte‘s christening. On that day, Kate paired the dress with a similar fascinator adorned with flowers and a pair of nude pumps. For that look, though, she wore her hair in a low side bun, unlike the wedding, where her tresses were down. This appears to be Kate’s favorite post-baby outfit.

But that wasn’t the only time Kate wore the off-white number. The mom-of-three also donned it to the 100th anniversary of the Battle of Passchendaele in Belgium in July 2017, but that time she paired the outfit with a pair of gray pumps.

Kate also wore the ensemble for the Trooping the Colour back in 2016. She waved on the balcony of Buckingham Palace, but that time around, she wore a pink fascinator to go with the off-white dress.

Each time Kate wears the Alexander McQueen number, she looks equally as stunning and we can’t wait to see how she styles it in the future.

Prince Harry and Meghan Markle’s First Kiss After Their Royal Wedding Was Magical — See the Pics!

The First Photos of Prince Harry and Meghan Markle at Their Royal Wedding Are Here!