It might have been a frozen London evening, but Kate Middleton warmed everyone’s hearts as she braved the elements for an evening at the National Portrait Gallery. The stunning pregnant royal had a busy day on February 28, after attending a Heads Together event with Prince William, Prince Harry, and Meghan Markle just hours before.

Not letting her hectic Wednesday put a dent in her demeanor, the 36-year-old was fresh as a daisy dressed in a flower print dress by Orla Kiely. Her pregnancy glow and her baby bump were shining bright. Kate, who is expected to give birth in April, has been a patron for the prestigious gallery since 2012. 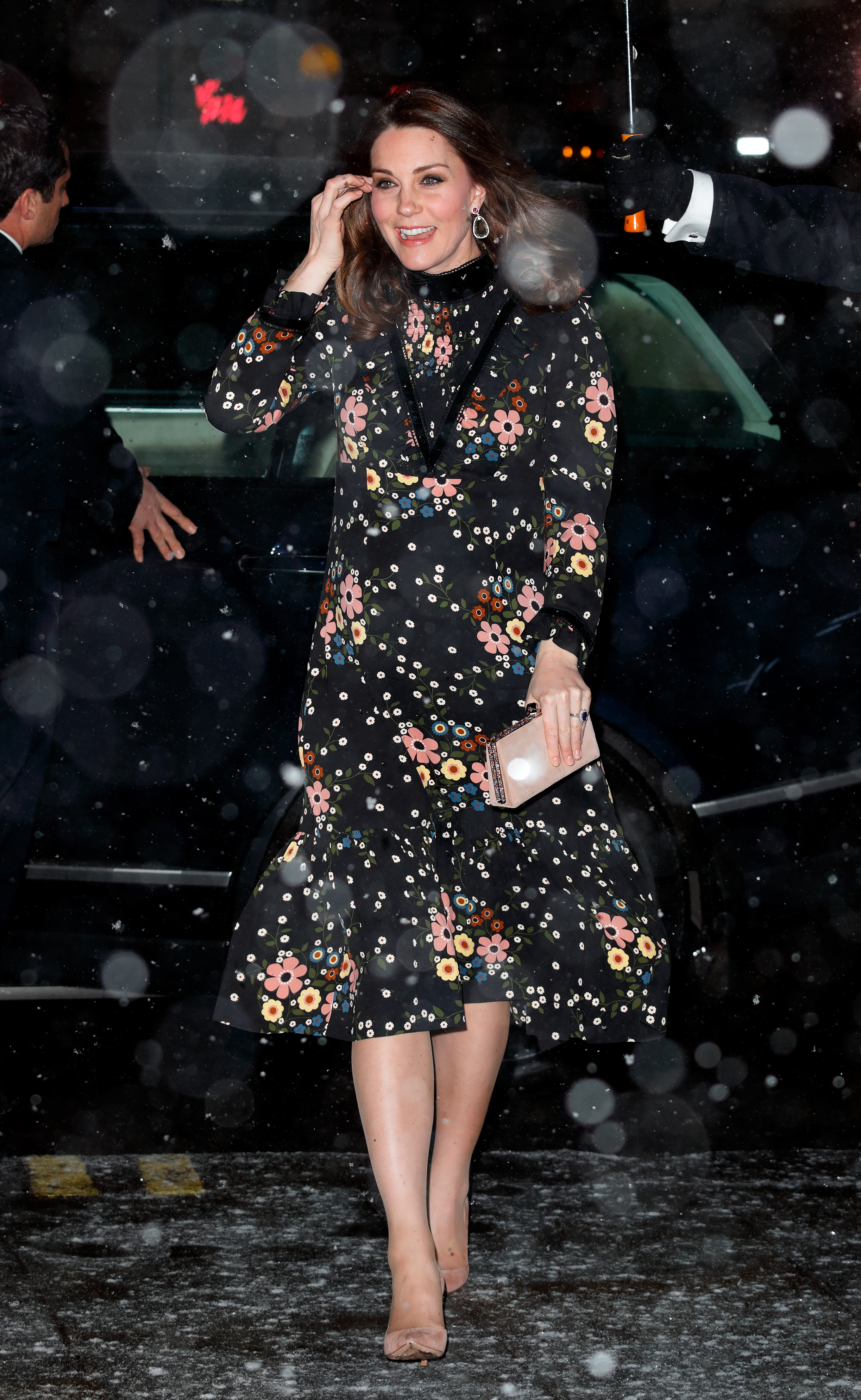 She penned the foreward for the event and used her degree in art history to caption a few images in the collection titled Victorian Giants: The Birth of Art Photography. The pieces are by artists Oscar Rejlander, Lewis Carroll, Julia Margaret, Cameron, and Lady Clementina Hawarden.

The beloved royal, who enjoys taking photos of her kids, Prince George and Princess Charlotte, even on an official basis numerous times, dubbed herself an “enthusiastic amateur photographer. This period in the history of photography has long interested me,” she began. “As a student at the University of St. Andrews, I chose it as the subject of my undergraduate thesis, and photographs of children particular, which feature predominately within the exhibition, are of real interest to me,” Kate continued. 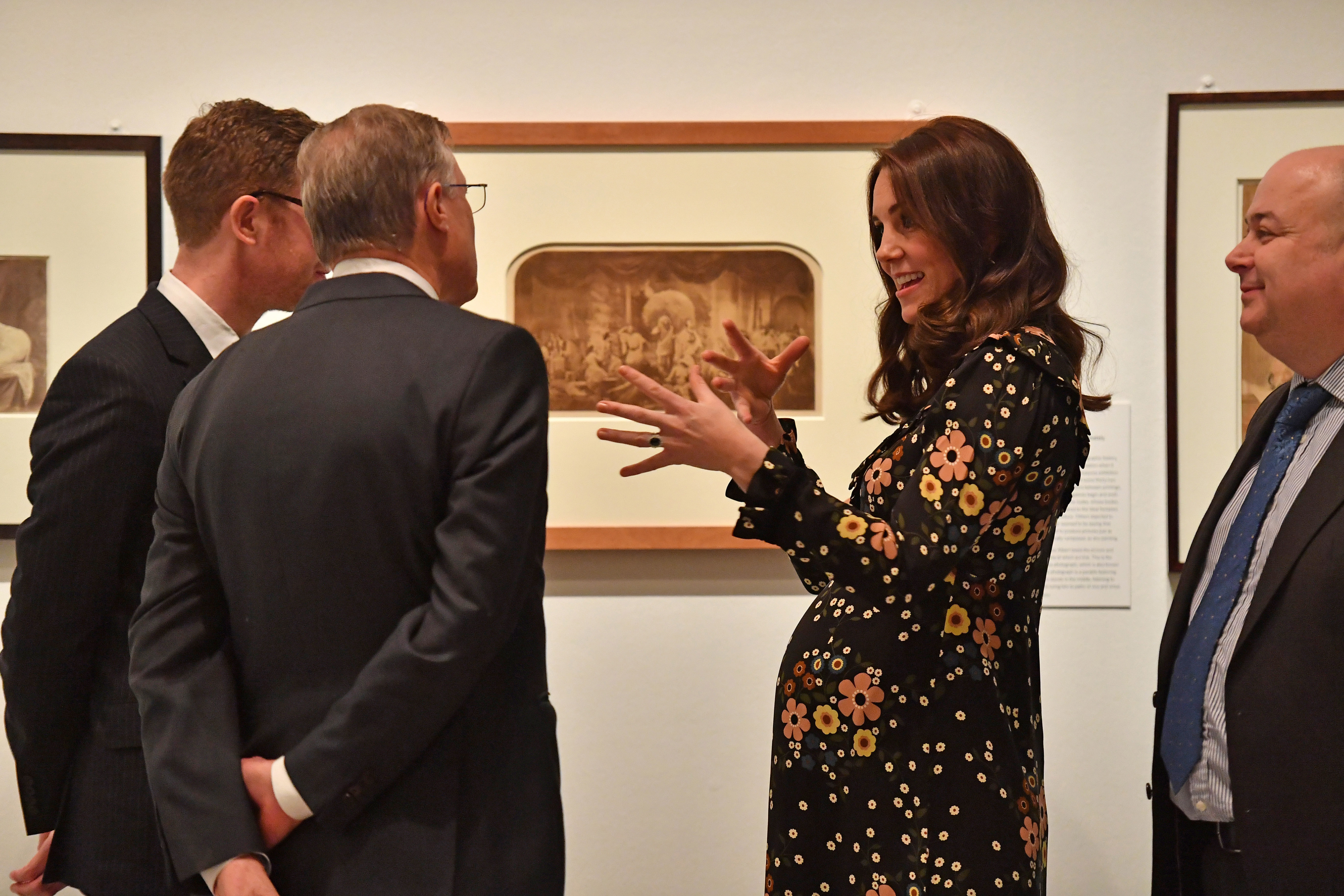 “These photographs allow us to reflect on the importance of preserving and appreciating childhood while it lasts. Children held a special place in the Victorian imagination and were celebrated for their seemingly boundless potential. This notion still rings true for us today and it underpins much of my official work and the charities I have chosen to support and indeed, my role as a mother of a young family.”

Do you wonder what would happen if Kate had twins? Find out here:

Even in a Hard Hat and Neon Vest, Kate Middleton Looks Beautiful

Kate Middleton and Her Bump Looked Stunning at the BAFTAs