Talk about aging gracefully! Kirk Douglas recently celebrated his milestone 101st birthday on Saturday, December 9, — and looked great at his party! A the fun event, the Hollywood icon was surrounded by family, including his wife, Anne Buydens, 98, and son Michael Douglas. Watch the video below to see the pics from the special celebration!

“My brother Joel and I [attended] a family celebration for Kirk’s 101st birthday on Saturday,” Michael wrote on Facebook. “At 101, Dad is a true amazement and a great time was had by all.” So sweet! Michael reportedly flew to Beverly Hills from New York City to spend the day with his father, but his wife, Catherine Zeta-Jones, sadly couldn’t make it. She did sing him “Happy Birthday” via FaceTime, according to Deadline!

The iconic actor, known for his Oscar-nominated role in Champion, among many other movies, enjoyed not one, but two cakes during the big celebration. One was decorated with beautiful sunflowers — maybe Kirk’s favorite flower? — and had a huge “101” painted on it with frosting, and the other looked exactly like bright red boxing gloves, clearly a nod to Champion. 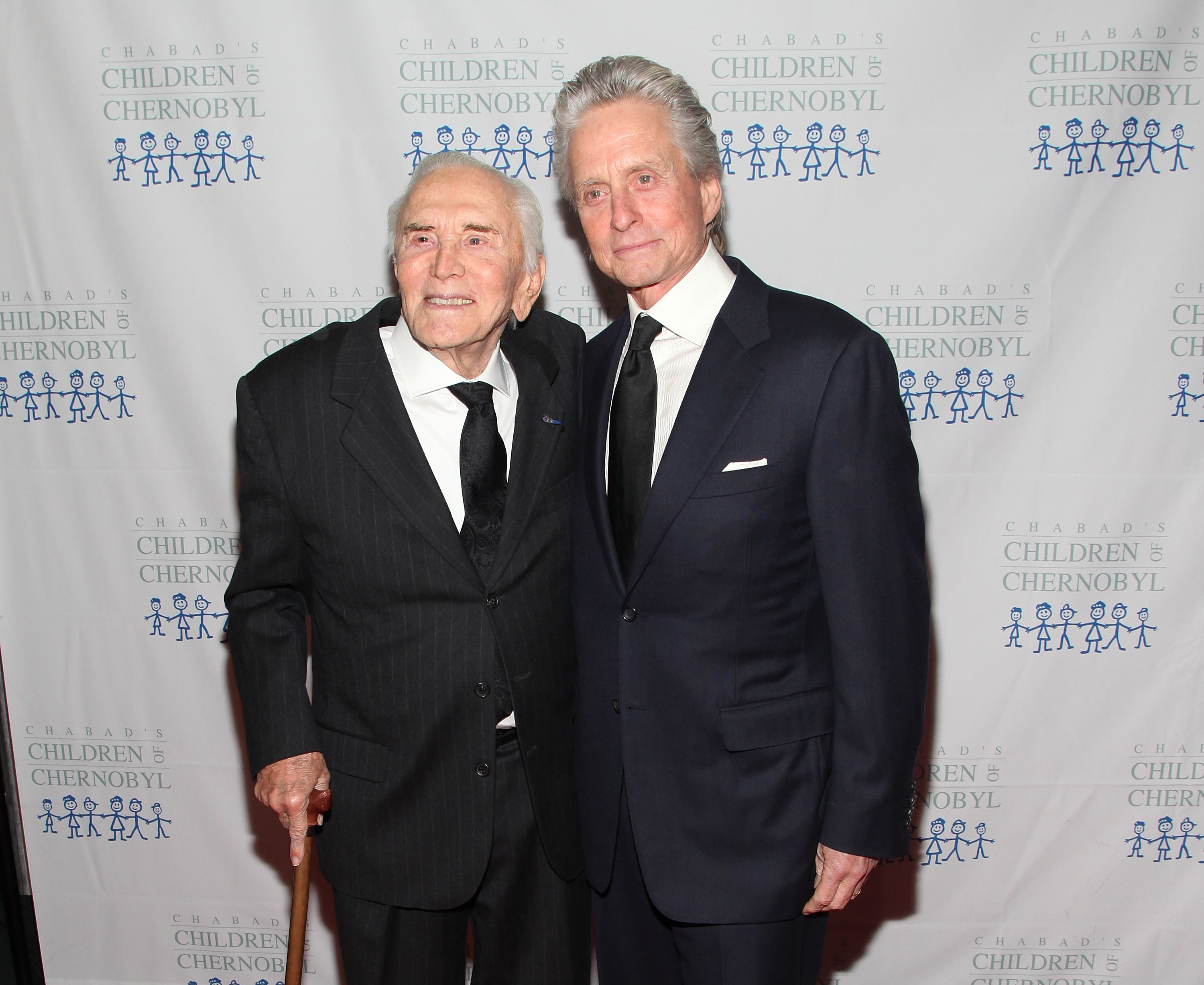 After recovering from a stroke 20 years ago, Kirk’s health has been steady in recent years. “I was lucky enough to find my soulmate 63 years ago, and I believe our wonderful marriage and our nightly ‘golden hour’ chats have helped me survive all things,” he previously shared with Closer during an exclusive interview. “I am always asked for advice on living a long and healthy life. I don’t have any. I do believe, however, that we have a purpose for being here. I was spared after a helicopter crash and a stroke to do more good in the world before I leave it.”

Despite needing a walker and a group of nurses to get him around throughout his day, the film star is showing no signs of slowing down. “He is a constant artist, always working on something. I think that’s the key — feeding that hunger as an artist keeps him from being bored,” his grandson, Cameron Douglas, exclusively revealed to Closer. “He is sort of cruising [into age 101]. I suspect he will be around for a long time!” We hope so!