She’s back — and we couldn’t be happier! Loretta Lynn recently returned to the spotlight for the first time since suffering a stroke in May. The “Coal Miner’s Daughter” singer, 85, was on hand to honor Alan Jackson at his Country Music Hall of Fame induction on Wednesday, October 22 in Nashville, Tennessee. At the event, she quipped that Alan was the only person who could get her to leave the house, and revealed that she predicted decades ago that he would “be one of the greatest singers in country music.” Loretta additionally told fans she’s “getting stronger every day” as she recovers from her stroke.

Earlier this year, the country music legend was hospitalized on Thursday, May 4, after she suffered a stroke at her home in Hurricane Mills, Tennessee. “She is currently under medical care and is responsive and expected to make a full recovery,” a rep for Loretta said at the time. The statement continued to explain that Loretta — who had just celebrated her 85th birthday — was advised by her doctors to postpone her concert tour so that she could stay at home and recuperate. In a statement obtained by ABC News, Loretta’s sister, fellow country singer Crystal Gayle, spoke out about the health scare. 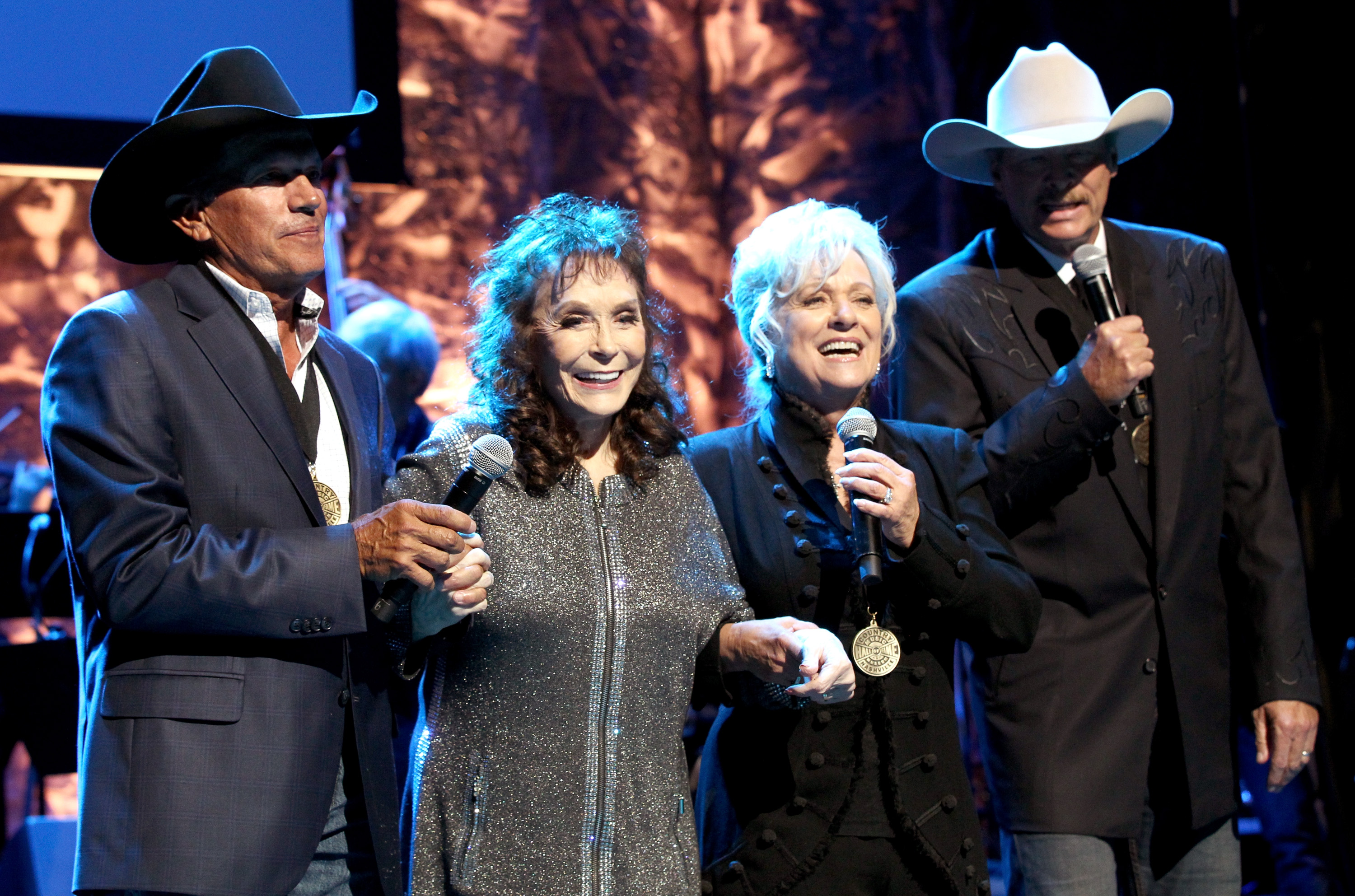 “Many of you have heard that my sister, Loretta Lynn, had a stroke,” the 66-year-old wrote. “She’s a strong woman and I know she’ll come out of this. Our family appreciates your prayers, love and support. We pray for a speedy recovery.” Her fans and fellow country music artists showered her with tributes after hearing the unfortunate news. “Sending my love and prayers to [Loretta], one of the strongest, most beautiful humans I’ve ever met,” singer-songwriter Margo Price wrote on Twitter. “Getting ready to go onstage in Knoxville. All my love and prayers are with [Loretta] tonight,” country star Martina McBride similarly Tweeted.

A few months after Loretta’s stroke, her brother Herman Webb exclusively told Closer Weekly that the country singer is determined to sing again. “She can talk, and Loretta told me that she thought she’s going to be OK. She seems to be coming along pretty good,” he said in June. “Her left side was kind of paralyzed, but [she can get around by] herself now, she just has to use a walker. She’s doing really good — that’s the main thing!” We’re so glad Loretta’s health has improved and that she’s returned to the spotlight!