On screen, they were the happily married Mr. and Mrs. Cunningham. But off screen, Happy Days co-stars Marion Ross and Tom Bosley’s relationship was tense at first. The two surprisingly didn’t click “for a couple of years,” Ross revealed to Megyn Kelly during an appearance on the TODAY Show on April 3.

“Either Tom Bosley had somebody else in mind right at the beginning… but I had a very small part at the beginning. My lines were like, ‘Oh, Howard,’ ‘Oh, children, you’re not eating,'” the 89-year-old actress explained. After the early seaons passed, however, Ross was able to learn how to get along with Bosley. “So we had to work our way through that. Because I learned to love him. I loved him and we became very close friends,” she added of her on-screen husband, who passed away in 2010. They went on to star side-by-side together for 11 seasons on the beloved sitcom. 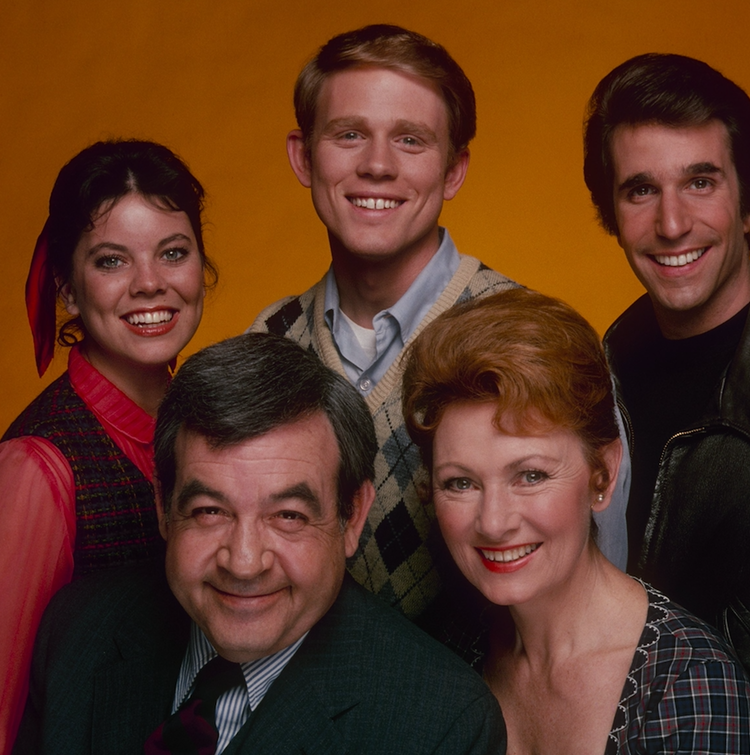 Ross also discussed how she approached show creater Garry Marshall to see if both Mrs. Cunningham and Mr. Cunningham’s roles could be expanded on the show. “At one point I asked him, as we went on a few years, I said, ‘Could you think Tom and I could have more to do in the show?’ And he said, ‘It’s not about you. It’s about the boys.'”

More than 30 years have passed since the final episode of Happy Days premiered, and the actress is finally writing about her many experiences as one of America’s favorite television moms in her memoir My Days: Happy and Otherwise ($20.00, Amazon), which was released on March 27. But she originally didn’t want to write it at all! “I have prided myself on living such a nice, careful life,” she exclusively told Closer Weekly. “It’s not very dramatic.” But thanks to her son, Jim Meskimen, urging her to tell her story, her memoir was eventually born — and with it comes countless insights into her 10 years on the Happy Days set.

Henry Winkler Is Fearless at 72: “I’ll Always Figure out How to Do What It Is I’m Afraid Of”