Though Mariska Hargitay was just three years old when her famous mother, Jayne Mansfield, was killed in a tragic car accident, the 54-year-old actress says the Hollywood icon has always been an inspiring part of her life. “My mother was this amazing, beautiful, glamor­ous sex symbol — but people didn’t know that she played the violin and had a 160 IQ and had five kids and loved dogs. She was just so ahead of her time. She was an inspiration, she had this appetite for life, and I think I share that with her,” Mariska tearfully revealed in a new interview.

“Someone once said about [remembering] my mother: ‘All you have to do is look in the mirror.’ She’s with me still,” the Law & Order: Special Victims Unit star told People. Jayne was only 34 years old at the time of her 1967 death and because Mariska lost her mother at such a young age, she’s admitted grieving the death of a parent hasn’t been easy.

“The way I’ve lived with loss is to lean into it. As the saying goes, the only way out is through. In my life, certainly I’ve tried to avoid pain, loss, feeling things. But I’ve learned instead to real­ly lean into it, because sooner or later you have to pay the piper. I’m not saying it’s easy, and it certainly hasn’t been for me. There’s been a lot of darkness. But on the other side things can be so bright,” Mariska confessed. Following Jayne’s passing, Mariska was raised by her father, bodybuilder Mickey Hargitay. Mickey sadly died at age 80 in 2006 from cancer.

“It was huge to lose this person who was my everything, my strength, my power, the person who believed in me. But I got to say goodbye, and I remember it was very calm, and he just looked at me and he said, ‘Mariska… Always.’ I was the most like him, and the gift that I got, in addition to being able to say goodbye, was knowing that he was in me. I already carried his fire, the lessons that he taught me, his compas­sion, his love, his kindness. Now I do feel that he’s with me. Even though he’s not here physically, I carry him,” she told People. 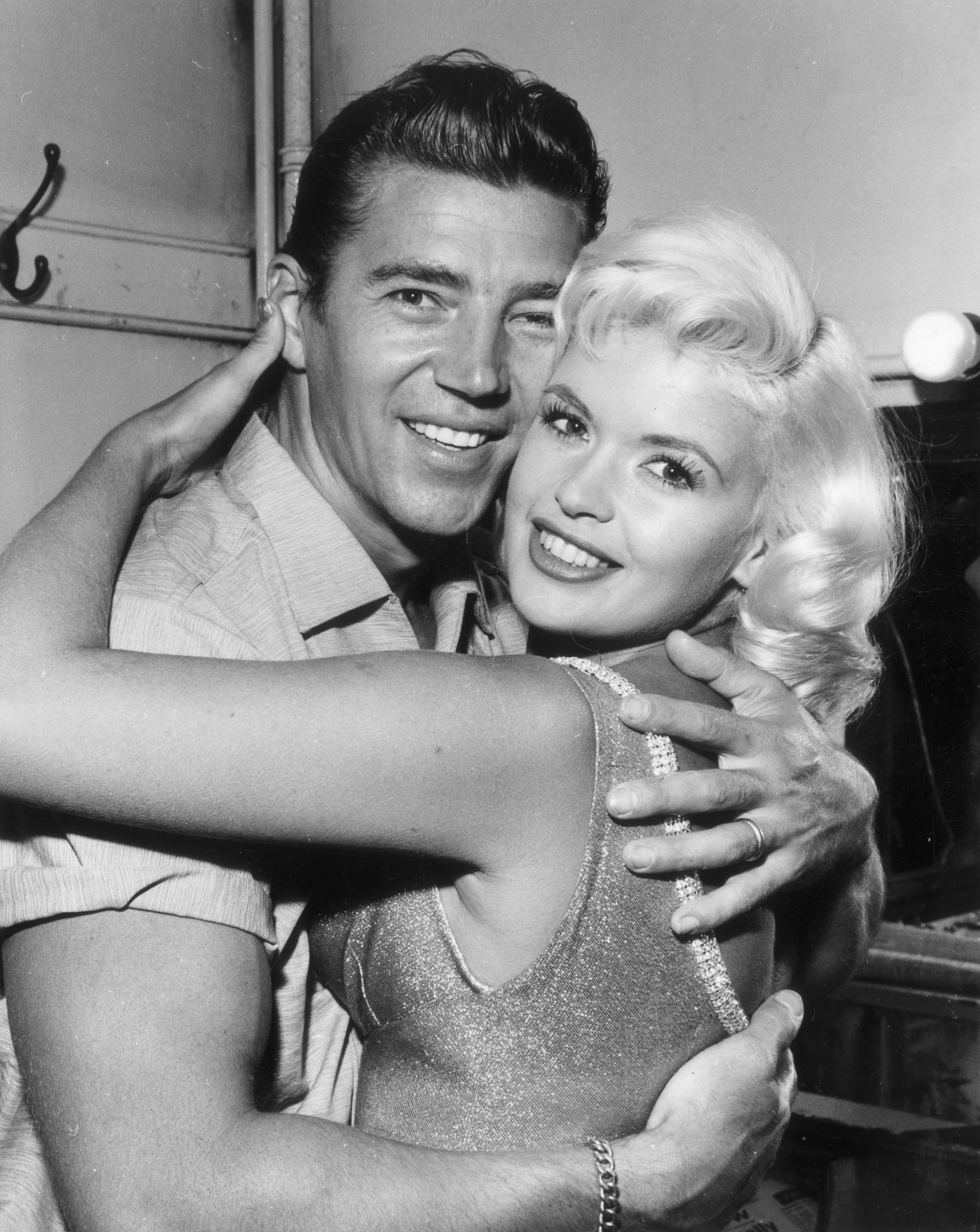 During a recent exclusive interview with Closer Weekly, Mariska also admitted it’s sometimes been tough living in her very famous parents’ shadows as an adult. “In some ways, being the daughter of a Hollywood icon has been a burden. I used to hate constant references to my mom because I wanted to be known for myself. Losing my mother at such a young age is the scar of my soul,” she told us.

Though she doesn’t share her mother’s iconic blonde hair, Mariska did inherit Jayne’s distinguishable laugh. “Mariska was a goofball — a fun, silly, sweet girl. She was always very positive and laughing,” her half-brother Tony Cimber told Closer. “She’s got the funniest laugh you’ve ever heard, and she’s had it for her entire life.” Mariska is now a successful actress just like her mom, but the star said becoming a mother herself has actually made her feel closest to Jayne. “Being a wife and mother is my life, and that gives me the most joy. I understand [my mother] in a new way that gives me peace. Now I understand the love she had in her, and it makes me feel closer to her,” she told Closer. 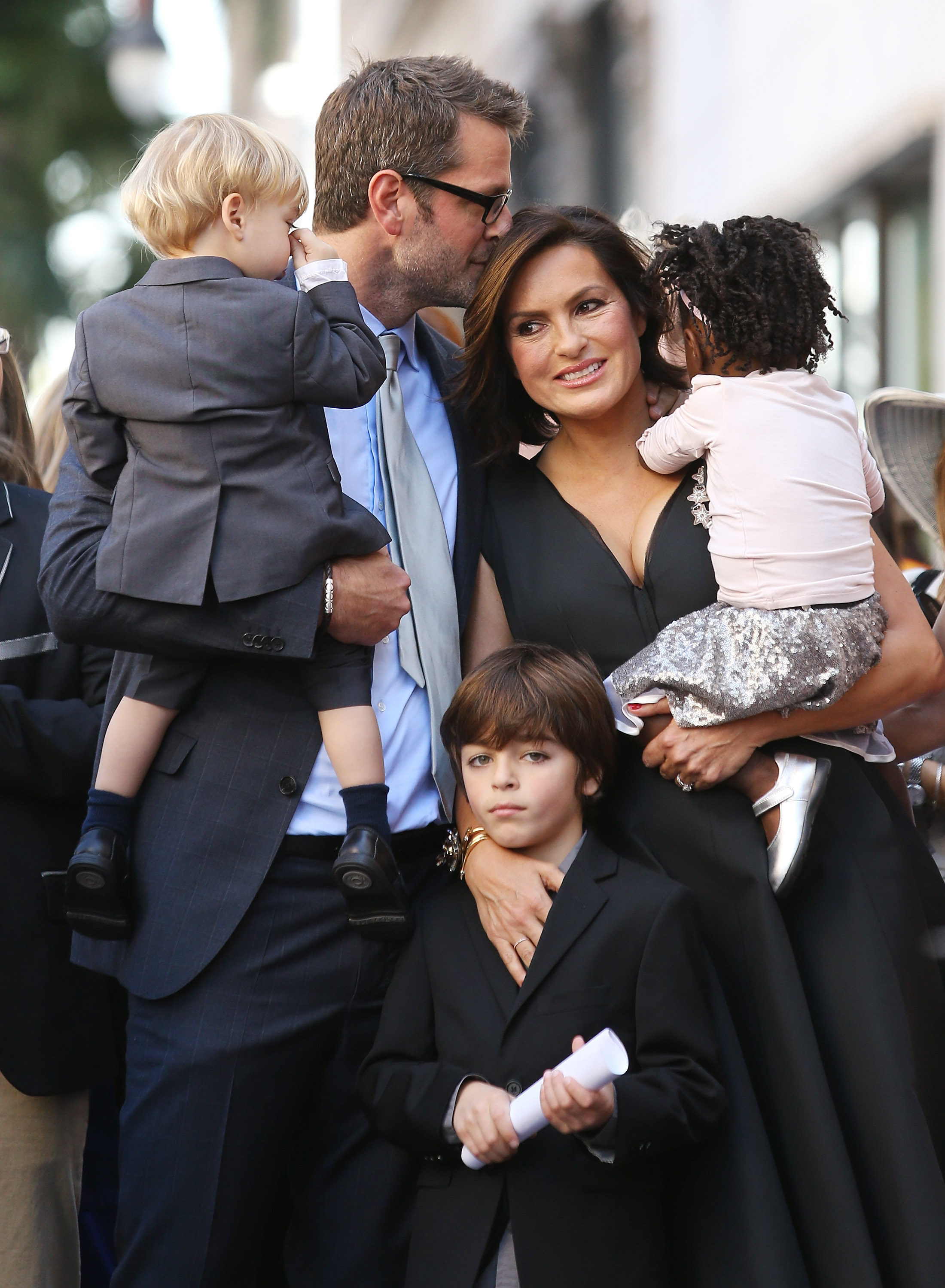 Mariska with her husband and their three children. (Photo Credit: Getty Images)

How Much Does Mariska Hargitay Make Per Episode? Find out the ‘Law and Order: SVU’ Star’s Net Worth!

Mariska Hargitay Has a Surprising Meltdown on the ‘Law & Order: SVU’ Set