This is so sad. Meghan Markle has been forced to bid farewell to her beloved rescue pooch Bogart in order to live in London with her new fiancé, Prince Harry. Meghan has two rescue dogs, but though her other pooch Guy is already living in Nottingham Cottage at Kensington Palace, Bogart was forced to stay behind, with speculation he’s simply too old to fly to the U.K.

Prince Harry’s communications secretary Jason Knauf confirmed: “Bogart is now living with very good friends, and Guy is now in the U.K. Bogart is not coming.”

Meghan also discussed the dogs in the couple’s first interview together, telling the BBC’s Mishal Husain: “I have two dogs that I’ve had for quite a long time, both my rescue pups. And one is now staying with very close friends and my other little guy is, yes he’s in the U.K, he’s been here for a while. I think he’s doing just fine.”

The dogs frequently feature on Meghan’s Instagram page, and she refers to them as “my loves” and “my boys.” The bride-to-be adopted Bogart, a labrador-shepherd mix, after she bumped into Ellen DeGeneres with her wife Portia de Rossi in an animal shelter in Los Angeles, California several years ago. 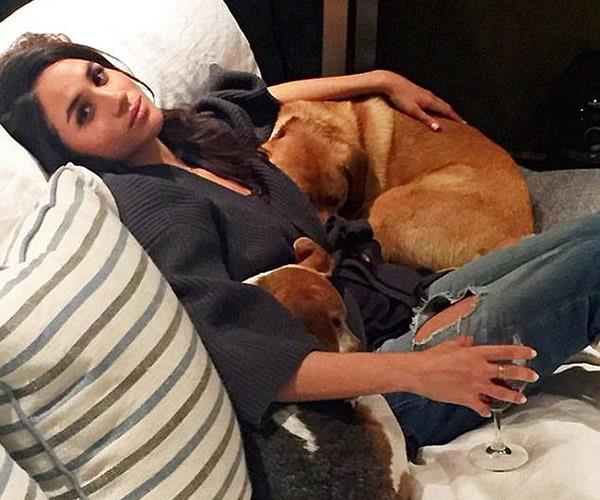 Meghan with Bogart and Guy. (Photo Credit: Now to Love)

Ellen also told Meghan, “You’re taking that dog home” and asked if she had a name yet. “And so I brought him home!” Meghan revealed. “Because Ellen told me to.” 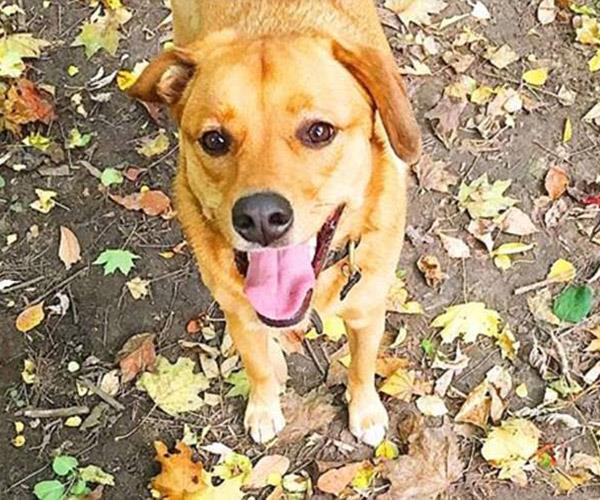 Prince Harry has also hilariously revealed his new fiancée has managed to charm the queen’s corgis, confessing the pups took to Meghan more than they ever had to him. Harry turned to Meghan during the BBC interview and said: “And the corgis took to you straight away.

“I’ve spent the last 33 years being barked at; this one [Meghan] walks in, absolutely nothing…” Meghan said they were, “Just laying on my feet during tea, it was very sweet.” Harry added: “…just wagging tails and I was just like argh.”

It certainly sounds like Bogart is in good hands with Meghan’s friends, and at least she has Guy and (several) corgis to keep her from missing him too much!

This post was written by Lorna Gray. For more, check out our sister site Now to Love.