It’s no secret that actress-turned-duchess Meghan Markle has dazzled her husband’s grandmother, the queen. From giggling their way through their first official engagement together, to her majesty traveling to Meghan and Harry’s wedding in the backseat of her Range Rover with Meghan’s dog perched beside her, the twosome appears to have struck up a sweet friendship.

But the newest development in the queen and Meghan’s relationship truly identifies the queen’s high regards of Meghan, as the monarch is set to share one of her duties with the royal recruit.

According to The Express, Meghan and Prince Harry “will welcome those in the Queen’s Young Leaders program to Buckingham Palace this summer, continuing the role started by the queen during her lifetime of service to the Commonwealth nations.” 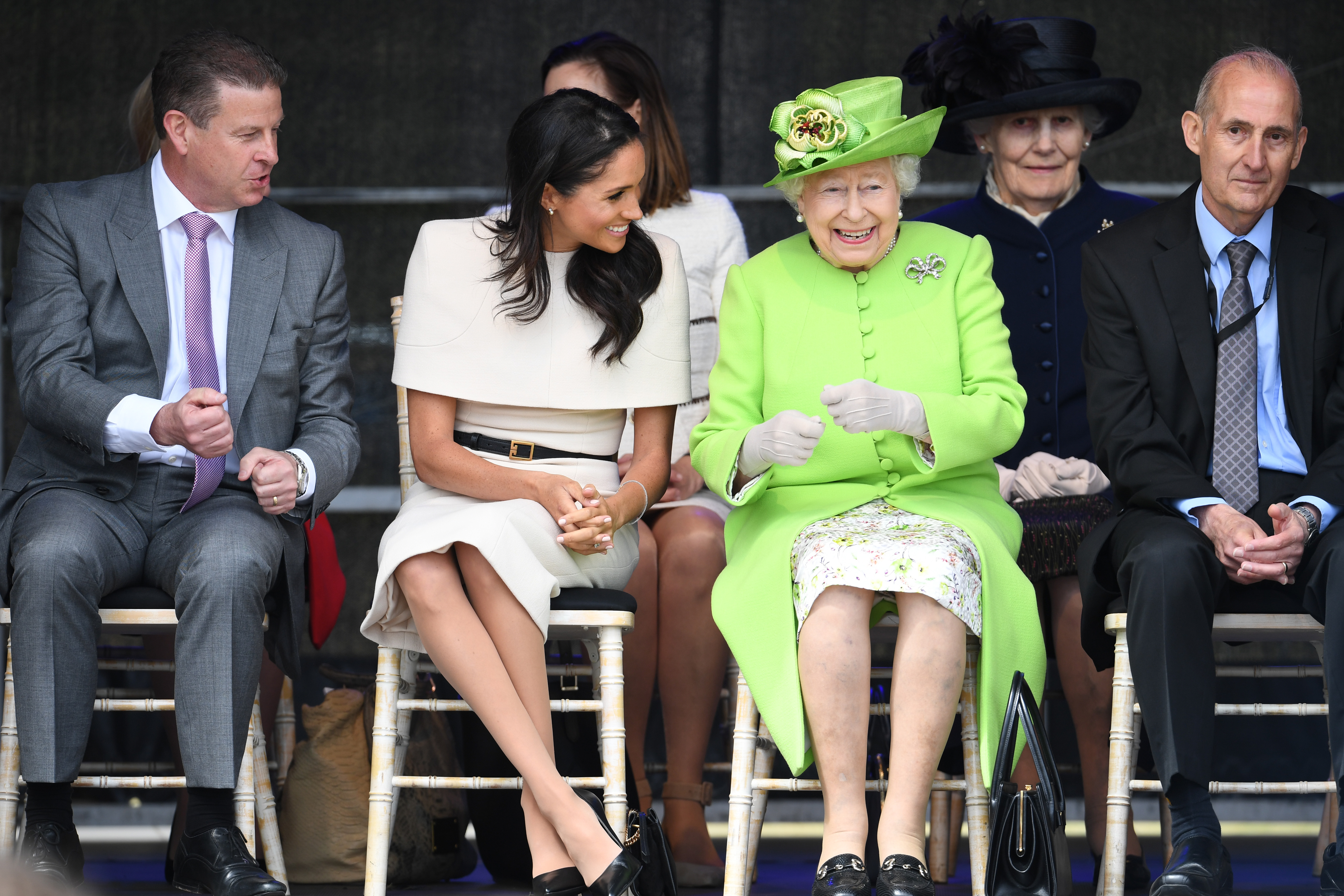 The program aims to recognize exceptional young people and the work that they do within the Commonwealth nations. Previously, the queen has welcomed the participants of the Queen’s Young Leaders program to Buckingham Palace, a task now believed to be undertaken by Meghan and Harry. The Prince was handed the responsibility of the program earlier this year in April.

Prince Harry said at the time, “In my new role I will work to support the queen, my father The Prince of Wales, and my brother William, all of whom know that young people are the answer to the challenges of today.” Harry made it clear he wanted Meghan to eventually join him working on the program. “I am also incredibly grateful that the woman I am about to marry, Meghan, will be joining me in this work, of which she too is hugely excited to take part in.”

Although Meghan has only been in her new role as a duchess for one month, the queen clearly has confidence in the former Suits star. We can’t wait to see or new favorite royal pair together again! The next time we see them again will most likely be at Prince Louis christening on July 9th.

This post originally appeared on our sister site, Now to Love.