Former My 600-lb Life star Brittani Fulfer began her weight loss journey two years ago when she weighed 605 pounds. During her 2016 episode of the hit TLC show, the 32-year-old revealed that she was abused as a child, which caused her weight to spiral out of control. To cope, Brittani turned to food. Since then, she admitted to sitting on the couch for up to eight hours a day and confessed that, on her worst day, she consumed more than 35,000 calories.

“Most of the time, I’m like, ‘Maybe it would be better if I just don’t wake up,'” she revealed at the time. “Because every single day, I look at myself in the mirror and I’m like, ‘What did you do to yourself?’ A human body should not look the way my body looks. It is the most disgusting thing in the world. I am so big that I am almost to the point where I can’t even take care of myself.”

She said showering used to be the “most exhausting” part of the day and that regardless, she still felt like she stunk. “My husband doesn’t see me undress most of the time,” she explained. “I don’t walk around naked because I am afraid that he will be absolutely disgusted if he sees me and that he will never look at me the same way again. So, I hide and do nothing all day.” 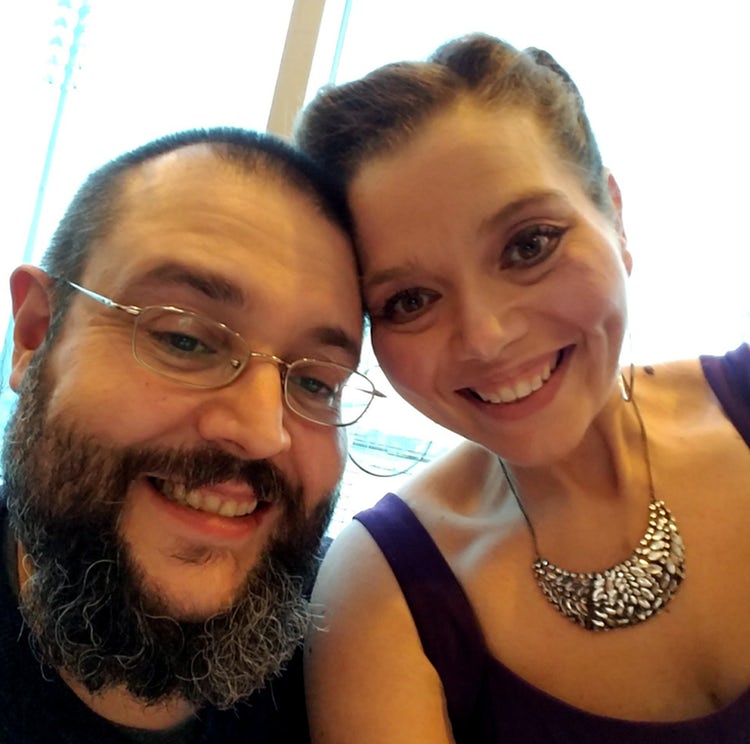 Prior to losing the weight, she and her husband, Bill, hadn’t gone out to eat in six years. However, with the help of surgeon Dr. Younan Nowzaradan, as well as a therapist, the Oregon-native managed to shed 230 pounds in a year. In a follow-up episode called My 600-lb Life: Where Are They Now?, Brittani had dropped an additional 103 pounds and had 27 pounds of fat taken off her stomach. Plus, Bill has lost 80 pounds of his own!

Today, Brittani’s bubbly personality is displayed on her Facebook page with a note that reads, “This is for any lovelies who would like to follow me. This is a positive environment.” She posts photos of her new physique, inspirational quotes, and even concert tickets — which she’s now able to attend. There’s even rumors that she and her hubby are planning on starting a family. Congrats Brittani — you’re truly an inspiration!

Watch the video below to see more of Brittani’s positive turnaround since the show.

This article originally appeared on our sister site, InTouch Weekly.

More From In Touch

See What ‘My 600-lb Life’ Stars Kandi and Brandi Look Like Today!

Find out What ‘My 600-Lb Life’ Stars Steven and Justin Are up to Today!