A Parkinson’s disease diagnosis has ended Neil Diamond’s five-decade-long touring career, but the “Sweet Caroline” singer refuses to let the neurodegenerative disorder get the best of him. “I plan to remain active in writing, recording, and other projects for a long time to come,” proclaimed the star, 77. “Yes, it’s a shock, but as Neil likes to say, the show must go on,” a music insider and friend of Neil’s exclusively told Closer Weekly.

While the Grammy award-winning artist has confided to loved ones that his Parkinson’s diagnosis was “soul-crushing,” he’s now focusing on his health and getting back to his passion for making music. “He’s doing yoga and meditating, and a live-in chef makes sure he eats healthy,” noted the friend, adding that fans can take heart since the singer still has a stash of songs to share. “Neil has numerous recorded songs that have never been released.” That’s music to our ears! 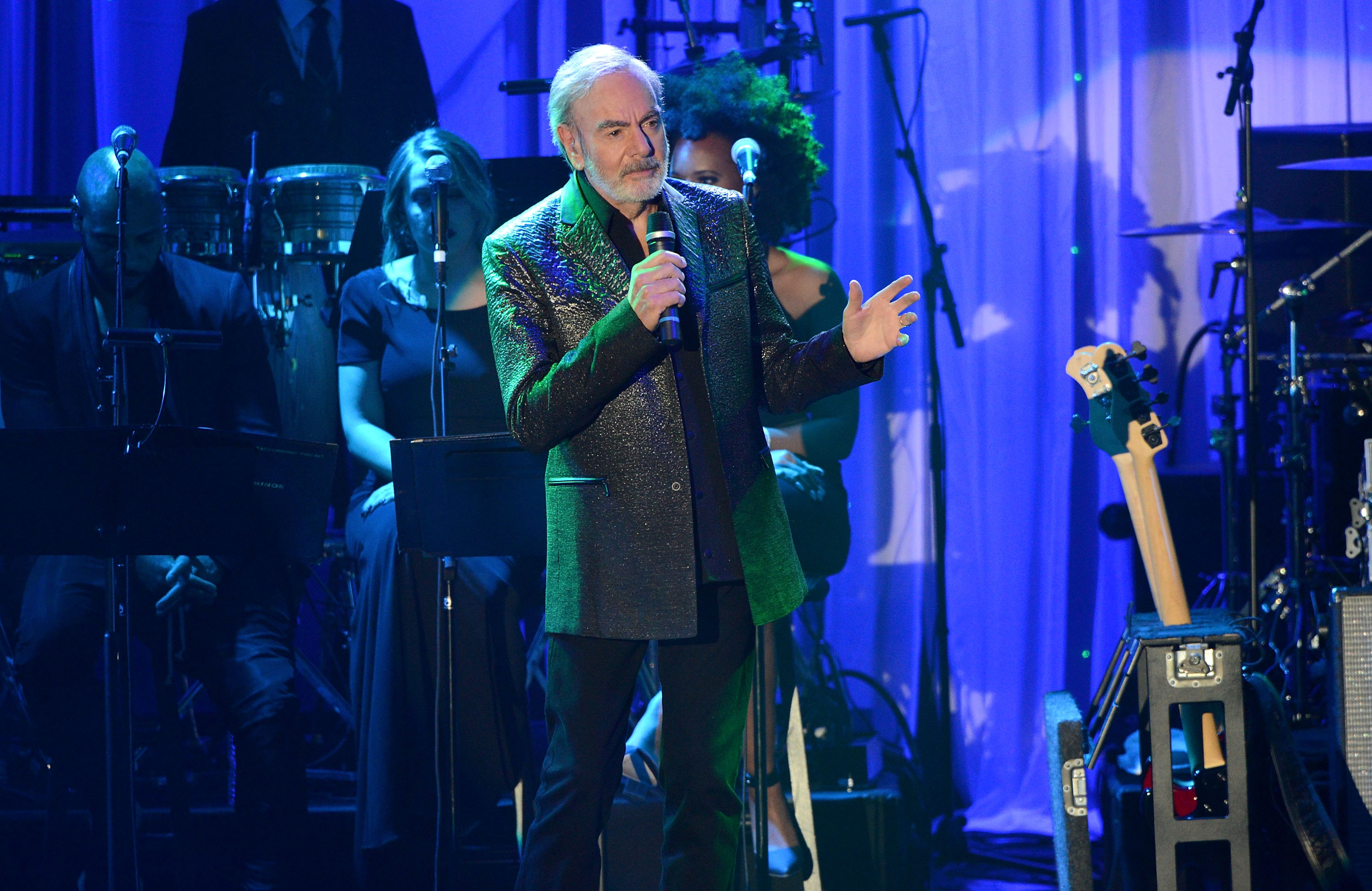 Neil recently revealed his Parkinson’s diagnosis and announced his retirement from touring in an emotional post on his website. “It is with great reluctance and disappointment that I announce my retirement from concert touring. I have been so honored to bring my shows to the public for the past 50 years. My sincerest apologies to everyone who purchased tickets and were planning to come to the upcoming shows. My thanks go out to my loyal and devoted audiences around the world. You will always have my appreciation for your support and encouragement. This ride has been ‘so good, so good, so good’ thanks to you,” he wrote in late January.

Just a few days later, Neil took to social media to thank many of his fans for donating their concert ticket refund money to Parkinson’s disease research. “Wow, I’ve received a bunch of messages from people in [Australia and New Zealand] who are donating their ticket refunds to good causes: Parkinson’s research, animal rescue groups, fire victim funds, etc. My heart is so full of joy to see this silver lining. Faith in humanity = restored. Thank you!” Neil’s wife, Katie McNeil Diamond tweeted. Neil then wrote on Twitter, “This makes me smile. Thank you. Thank you to everyone for your outpouring of love and support. It makes a difference.”