She might be the biggest media mogul in the world, but fans are still wondering: Is Oprah Winfrey married? Truth is, Oprah is not married, though she’d make a beautiful bride! However, she’s been dating her longtime partner, Stedman Graham, since 1986, but they never tied the knot.

After 31 years with the businessman, Oprah still has no desire to put a ring on it — but that wasn’t always the case. “I wanted Stedman to want to marry me,” the 63-year-old media mogul has revealed on her show SuperSoul Sunday. Yet, when he popped the question, Oprah panicked. “I was like, ‘Oh God, now I actually have to get married?'” In 1993, when they were planning the wedding, she was supposed to be writing a book and Stedman, 66, told her, “he didn’t want his wedding disturbed by all these people asking me about it,” she explains. 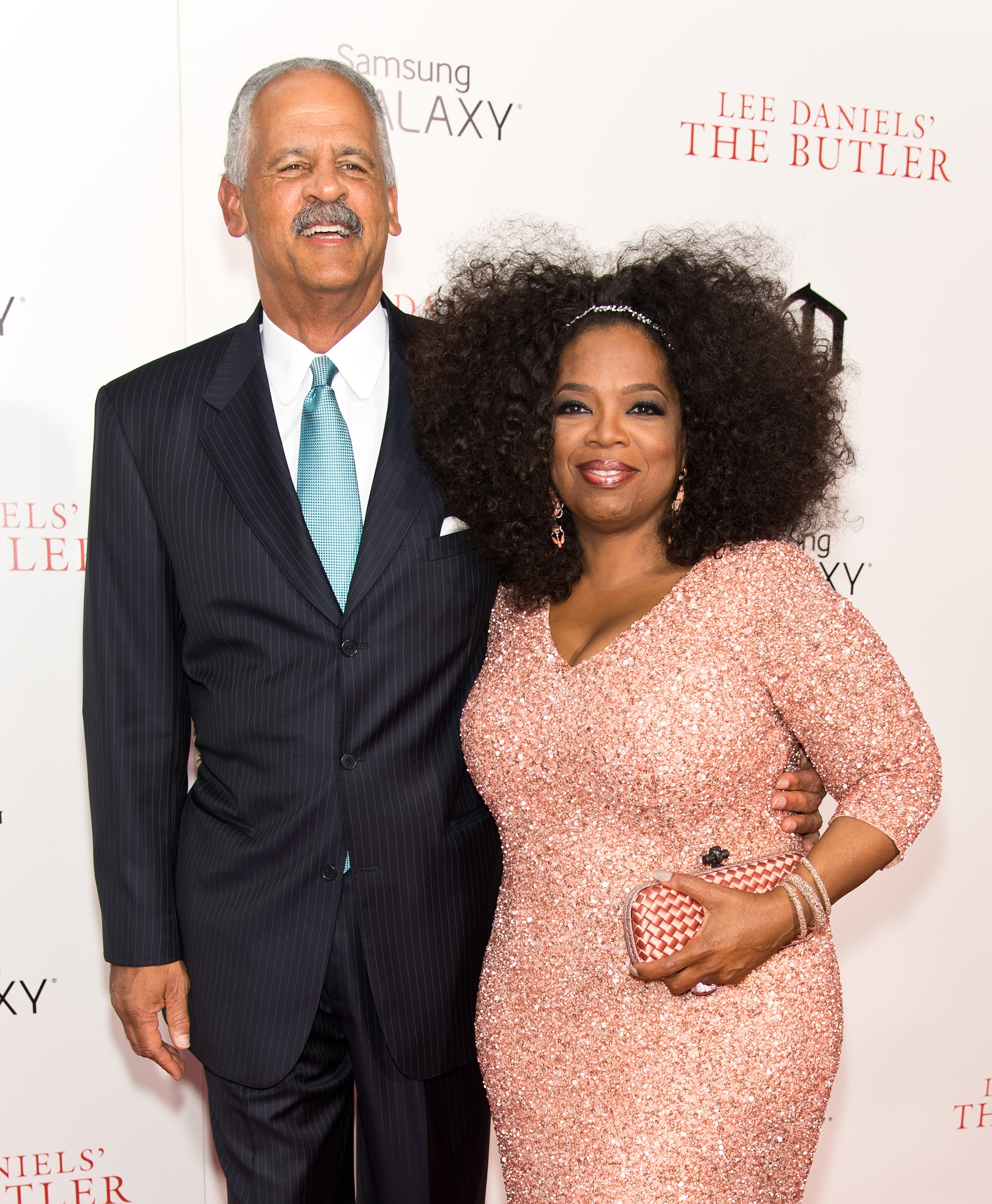 So he suggested they postpone their nuptials. “I said ‘OK,’ and that was it, we have never discussed it again!” She also didn’t write the book. “I realized I don’t want to be married,” she said, “because I could not have [had] the life I created for myself.”

Rumors recently circulated that the two secretly wed after all this time together, but Oprah was quick to negate the false talk. “Six people who know me well have called today congratulating me or [acting] surprised they weren’t invited to my wedding. IT’S NOT TRUE!” Oprah tweeted at the time. Maybe one day in the future!

She also previously revealed her handsome man is super supportive of her recent weight loss efforts! “I’ve lost enough weight [that] he can pick me up and carry me to the pool,” Oprah joked. “I can straddle him without breaking his back.”

The happy couple never had any children together. Oprah candidly opened up about her choice not to become a parent in a recent interview. “When people were pressuring me to get married and have children, I knew I was not going to be a person that ever regretted not having them, because I feel like I am a mother to the world’s children,” Oprah — who is a mother figure to 172 students in the Oprah Winfrey Leadership Academy for Girls — revealed. “I didn’t want babies. I wouldn’t have been a good mom for babies. I don’t have the patience. I have the patience for puppies, but that’s a quick stage!”

Stepping out with my Valentine of almost 30 yrs! #iovinewedding

The TV star previously became pregnant at just 14 years old after suffering sexual abuse during her childhood. She gave birth to her son in the late 1960s, and the baby sadly passed away in the hospital weeks later. “Love knows no boundaries. It doesn’t matter if a child came from your womb or if you found that person at age two, 10, or 20. If the love is real, the caring is pure and it comes from a good space, it works,” Oprah concluded.

See the Most Expensive Things Ever Featured on ‘Oprah’!