She’s taking the plunge. Portia de Rossi has made the decision to say goodbye to acting once and for all. The 45-year-old just sat down with her wife, Ellen DeGeneres, to chat about what pushed her to make the life-changing decision. “I made this decision about 18 months ago. Shonda Rhimes wrote me off Scandal,” she explained. “I called [Arrested Development creator] Mitch Hurwitz… and I said if there is a Season 5, I won’t be doing it because I quit acting and he seemed really understanding and he totally got it.”

Sounds pretty straightforward, right? But as with most things in Hollywood, the situation took a complicated turn. “We had a great conversation and then he wrote me into five episodes. Don’t know how it happened, but yes, I am on Season 5,” de Rossi laughed. 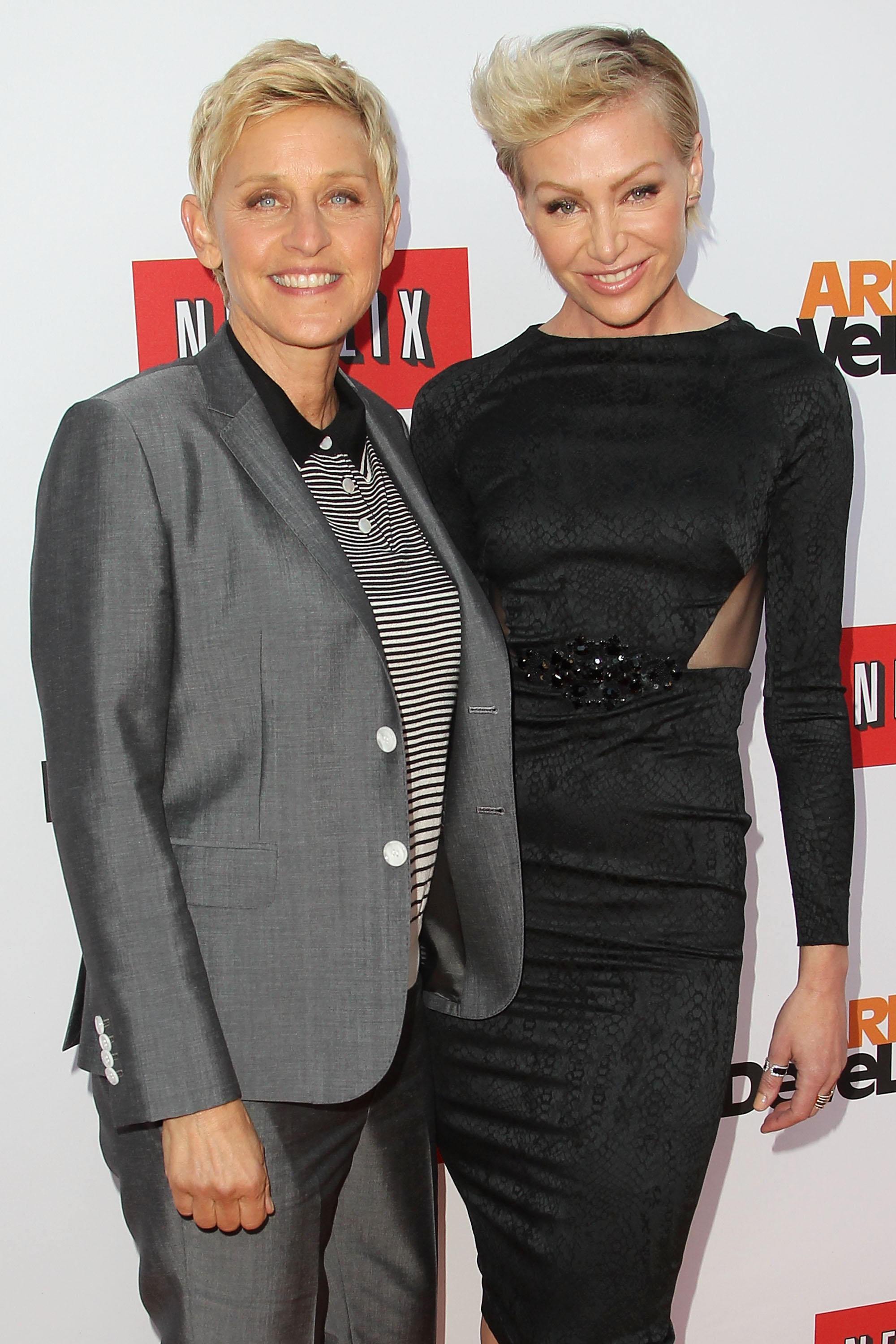 All joking aside, de Rossi will be retiring for good after Arrested Development Season 5 premieres on May 29. Considering the blonde beauty has been acting since the late 90s, you’d think the decision to leave would have been difficult, but de Rossi’s explanation was nothing but inspiring. “I just kind of was wondering, ‘Is there something that I could tackle now that I’ve never done before that would be really challenging and different?’ I kind of knew what acting would look like for me for the next 10, 20 years, so I decided to quit and start a business.”

And start a business she did. She now runs General Public, a trendy art curation and publishing company. We wish Portia the best in her future endeavors. Her final acting stint in Arrested Development will be available to stream on Netflix at the end of the month.

Ellen DeGeneres Has Lived in a Plethora of Amazing Houses — Get All the Details on Her Not-So-Humble Abodes!