Much like a perfectly cooked soufflé, the British royal family have risen and made their way deep into our hearts. On Wednesday, January 31, the Prince Charles and his wife, Camilla, had us all smiling on their latest outing.

The couple decided to drop by British TV show This Morning in London, England, and they charmed the aprons off viewers with their wit and humor. Charles and Camilla were there celebrating their program’s 30th anniversary.

Anchor Phillip Schofield explained that the future king is the patron for the Royal Television Society, which has been around for 90 years. “As a patron to charities headed by both The Prince Of Wales and the Duchess Of Cambridge, I’m really thrilled to welcome them to the This Morning studio,” he told his viewers. “It’s a fantastic way for us to celebrate our 30th anniversary.”

His co-anchor Holly Willoughby shared his glee over their very special guests and said, “It’s been wonderful to welcome their royal highnesses to This Morning. It’s an exciting year for us here, and it’s lovely to share with them some of our highlights.” 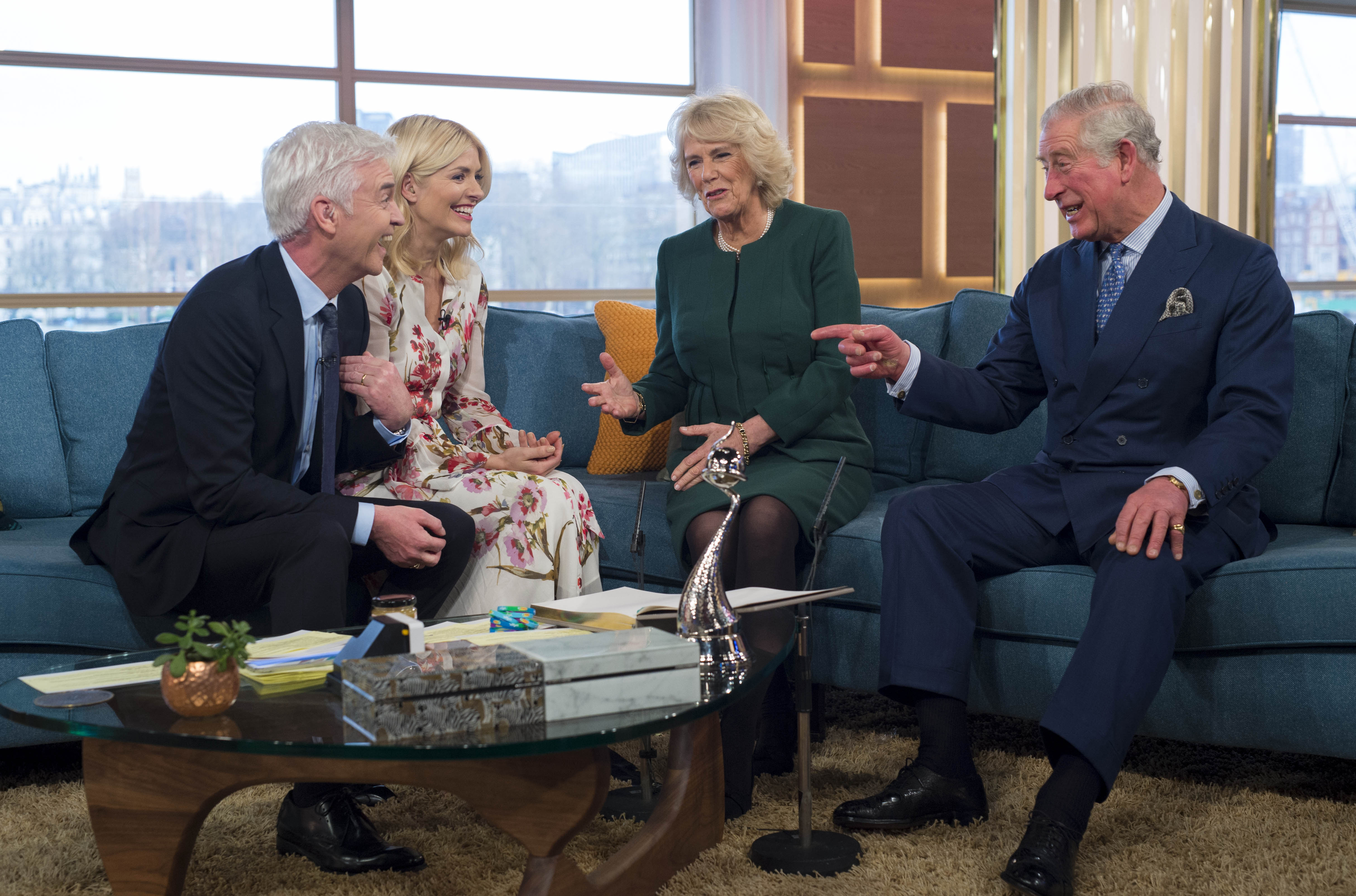 Proving that there’s nothing better than a cooking segment, Camilla got to show her skills around the kitchen as she helped chef Phil Vickery prepare mutton hot-pot with honeyed parsnips. We bet the future king was very happy with the chef’s demonstration, as he’s stated numerous times that mutton is his “favorite dish.”

The royal couple also got to taste some of Phil’s homemade apple and date chutney, a selection of English cheeses, and English wines and cider — much to Charles’ delight. 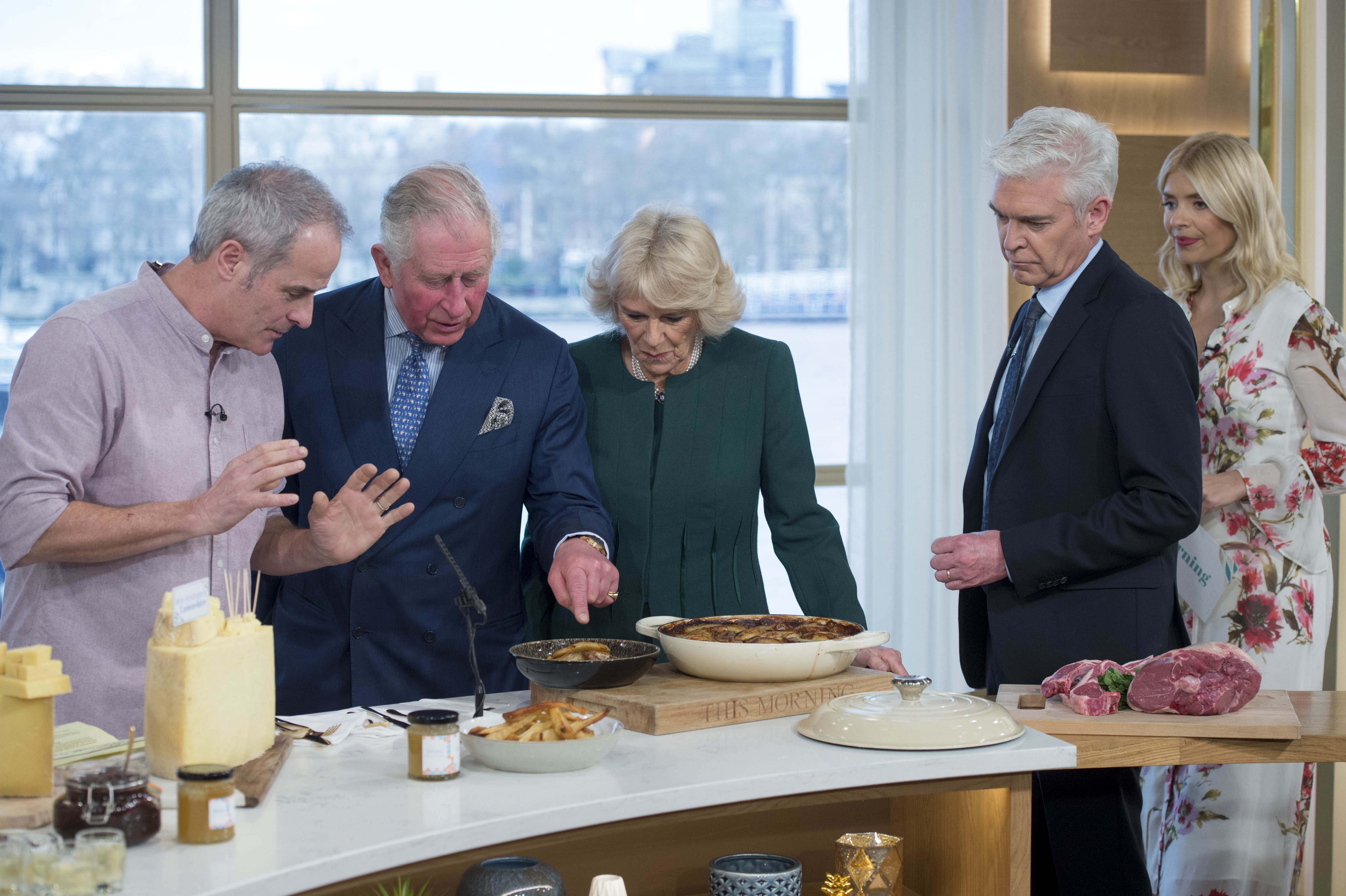 Things took a rather humorous turn when they were introduced to Digby, the show’s guide-dog-in-training. Prince Charles started chasing Digby after the Golden Retriever decided to chow down on the sound equipment. Proving that no job is too difficult his royal highness, the 69-year-old was laughing as he helped grab the equipment back.

“He likes a soft toy,” Digby’s handler joked to Charles, who replied “He really does.”

Charles and Camilla also met with talkshow host Piers Morgan. The prince was aware that the controversial host had recently returned from interviewing President Donald Trump. Charles politely asking him about the chat, and Piers was heard saying, “He sends his regards.”

It has been well documented that President Trump shares very different views to not only Prince Charles, but many members of the British royal family.

Fit for a Queen: The Most Dazzling Tiaras Worn by the Royal Family