We were all charmed by those photos of Thomas Markle, father of royal bride Meghan Markle, reading up on Great Britain in anticipation of his daughter’s royal wedding to Prince Harry. But now those same photos are one of the reasons why Thomas won’t be attending his daughter’s nuptials. After the press learned those photos were staged, Thomas announced he would skip the wedding to avoid further embarrassment for the royal family and his famous daughter. He then underwent surgery following an unexpected heart attack, which contributed to his decision to stay away even more.

Prince Charles will now walk Meghan down the aisle, Kensington Palace announced on May 18. “Ms. Markle has asked his Royal Highness the Prince of Wales to accompany her down the aisle of the Quire of St. George’s Chapel on her Wedding Day. The Prince of Wales is pleased to be able to welcome Ms. Markle to The Royal Family in this way,” the statement said. How sweet is it that she asked her soon-to-be father-in-law?

An update on the #RoyalWedding: pic.twitter.com/wfJ6ZFyzHi

Many royal fans thought the brother-of-the-groom, Prince William, would be walking by Meghan’s side since he has spent more time with her than Charles has. However, some were also thinking that Doria Ragland, Meghan’s mother, would do the duty, especially because Ragland is particularly close with her daughter. 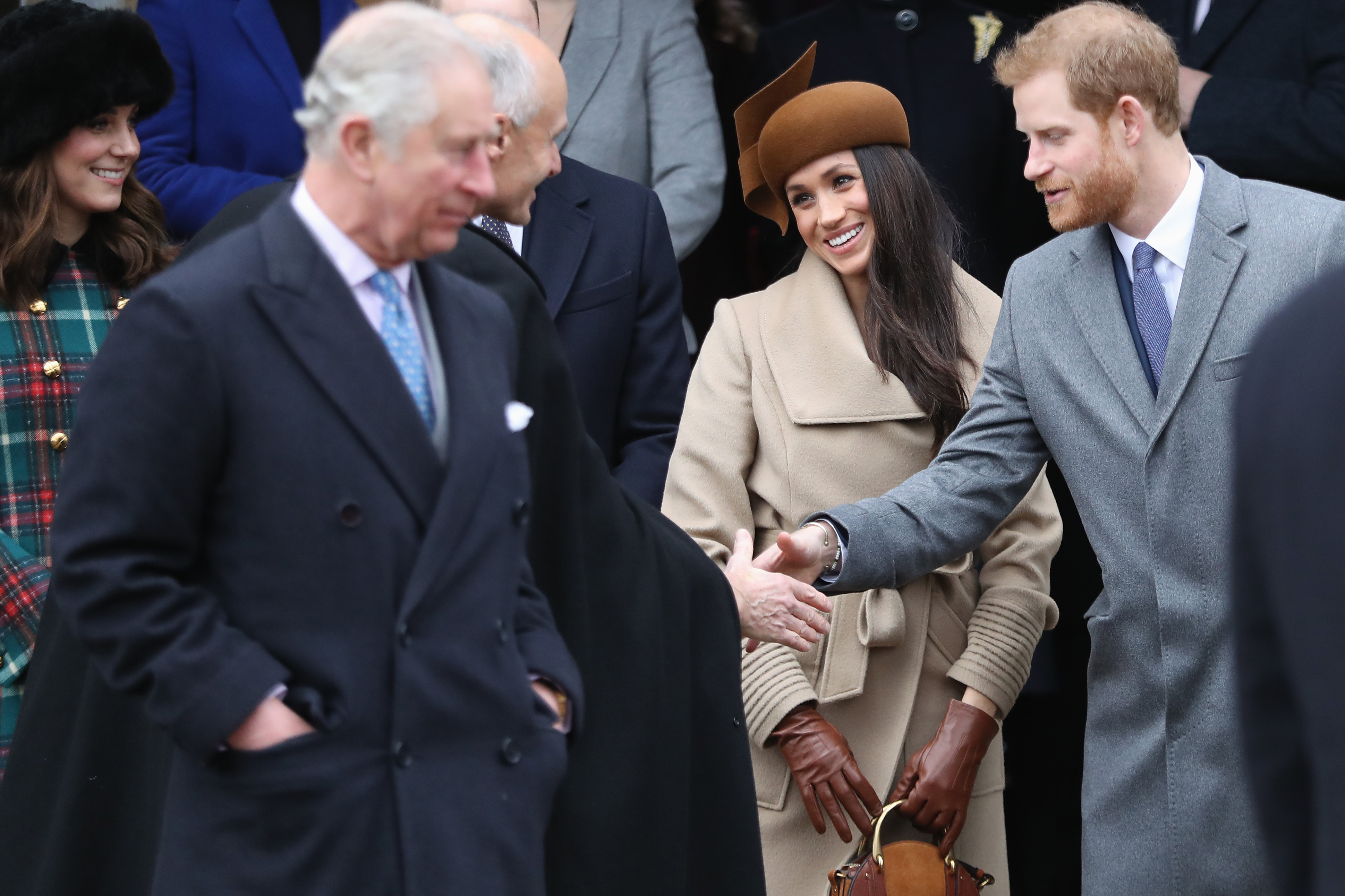 Thomas’s actions unfortunately left Meghan and Harry with mere days to find a replacement, considering the wedding is tomorrow. Just after the news of Thomas’s deal with a photo agency broke on May 14, he told TMZ he wouldn’t be going to the wedding. He said he agreed to the deal in an effort to restore his reputation after paparazzi captured photos of him in unflattering circumstances. But now he deeply regrets posing for the photos, which he said look “stupid and hammy.” And that was just the beginning of the drama. The 73-year-old soon dealt with a string of health issues that put him in the hospital just days before the nuptials.

If Meghan’s mom, Doria, would have been the one to walk her down the aisle, the Suits star wouldn’t have been the first royal bride to be accompanied by her mother. In 1966, Queen Victoria walked her third daughter Princess Helena down the aisle when she married Prince Christian of Schleswig-Holstein five years after the death of the bride’s father Prince Albert. Queen Victoria also had the honor again when her youngest Princess Beatrice tied the knot with Prince Henry of Battenberg in 1885.

With the future King of England by Meghan’s side, we know their royal wedding will be amazing and Meghan will make a beyond beautiful bride — now we can’t wait to see her wedding dress.

Meghan Won’t Be the First Royal to Walk Down the Aisle Without Her Dad — See the List!