Prince William and Kate Middleton have kicked off their Christmas celebrations by watching their eldest child, Prince George, in his very first school nativity play.

During a visit to the Children’s Global Media Summit in Manchester, England, on Wednesday, December 6, Prince William shared the story of the 4-year-old’s moment in the limelight. While speaking with a handful of children about their plans for Christmas, the second-in-line to the throne said: “I went to my boy’s nativity play. It was funny.” He added: “He was a sheep.”

We bet the little prince looked just darling in what we can only hope was a cotton-ball adorned costume, but a role as one of the three kings might have felt a tad more familiar!

George recently wrote a letter to Santa Claus, which his proud dad managed to personally deliver to the guy with the big white beard while visiting Finland. “I’ve seen you and I had to give you this letter,” William said. “He hasn’t written down many requests, so I think one request is probably okay.”

The father-of-two (soon-to-be three!) even added that his son had been “a nice boy” during the past year. 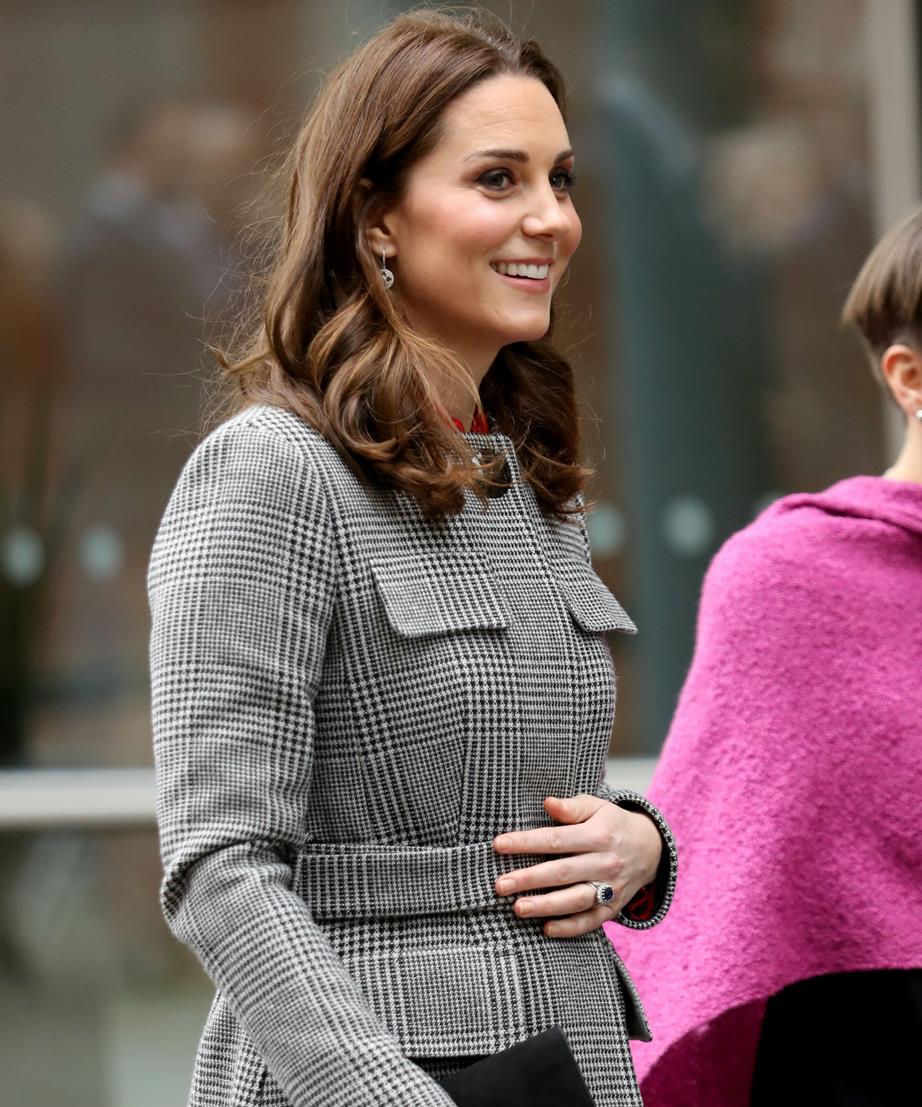 Kate Middleton, who is currently expecting her third child, visited the Children’s Global Media Summit on Wednesday, December 6, alongside her husband. (Photo Credit: Now to Love)

In the letter, the tot circled that he had been “nice,” rather than “naughty” and asked for a “police car” under the tree. He even signed his name (just “George,” no title necessary when Santa’s involved) at the bottom. What’s even cuter, the youngster wasn’t in the least bit greedy about his wish list — he left four of the five lines on the pre-printed note blank. There’s no word yet on what his little sister, Princess Charlotte, hopes to score this year.

William and Kate are anxiously awaiting the arrival of their third little prince or princess in April 2018.

The beloved couple have not yet confirmed the baby’s exact due date, however there’s a chance the new royal addition could share their birthday with their great grandma, Queen Elizabeth. who will turn 92 on April 21. Or, if the royal baby were to arrive later in the month, their grand entrance could coincide with the duke and duchess’s seventh wedding anniversary on April 29.

We can hardly wait!

It’s Official: Prince George and Princess Charlotte Will Be in Harry’s Wedding

Prince William to Teach George How to Call Emergency Services

Prince George Is Jealous of His Dad’s Job Duties