Royals — they’re just like us! Every baby gets a birth certificate when they’re born — and Prince Louis is no different. The document for Prince William and Kate Middleton’s third child was released on May 1, and there are some details on the piece of paper that we can’t help but laugh about. 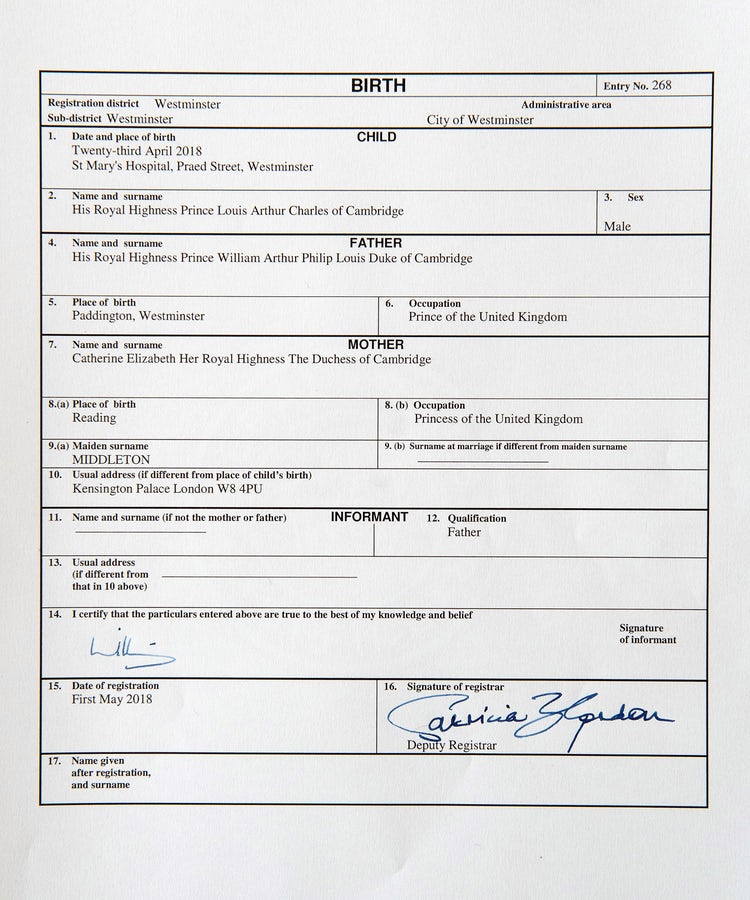 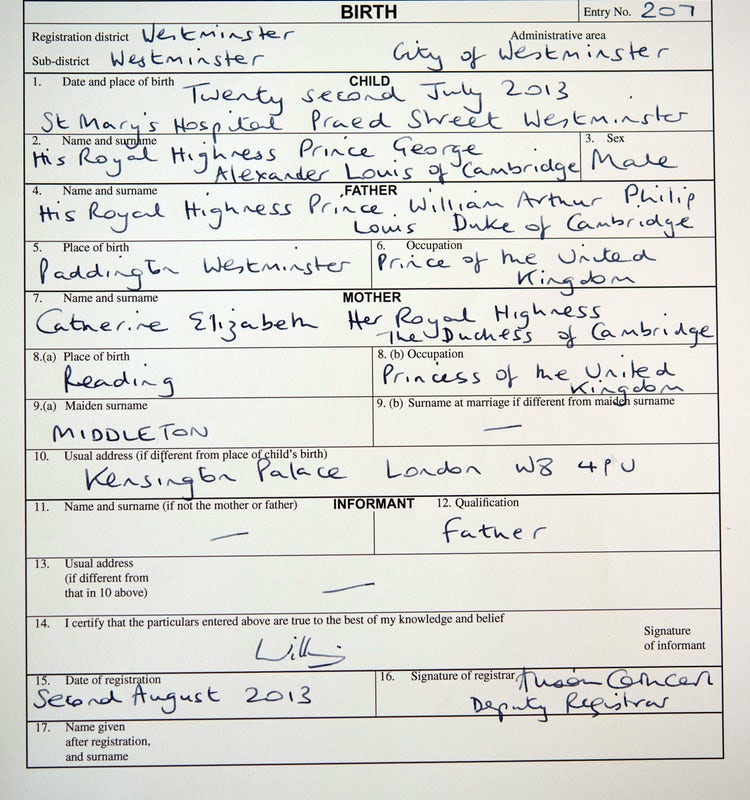 But believe it or not, there’s one major thing we noticed that makes Louis’ certificate different from that of his siblings, Prince George and Princess Charlotte. Unlike his big brother and sister, whose certificates were written out in July 2013 and May 2015 respectively, Louis’ certificate is typed! We’re not thinking too much of it, though. The deputy registrar on George and Charlotte’s is the same, but there’s a new one listed on Louis’. That said, we bet it was just a preference depending on the registrar at the time (or maybe they’ve just upgraded with technology in 2018). 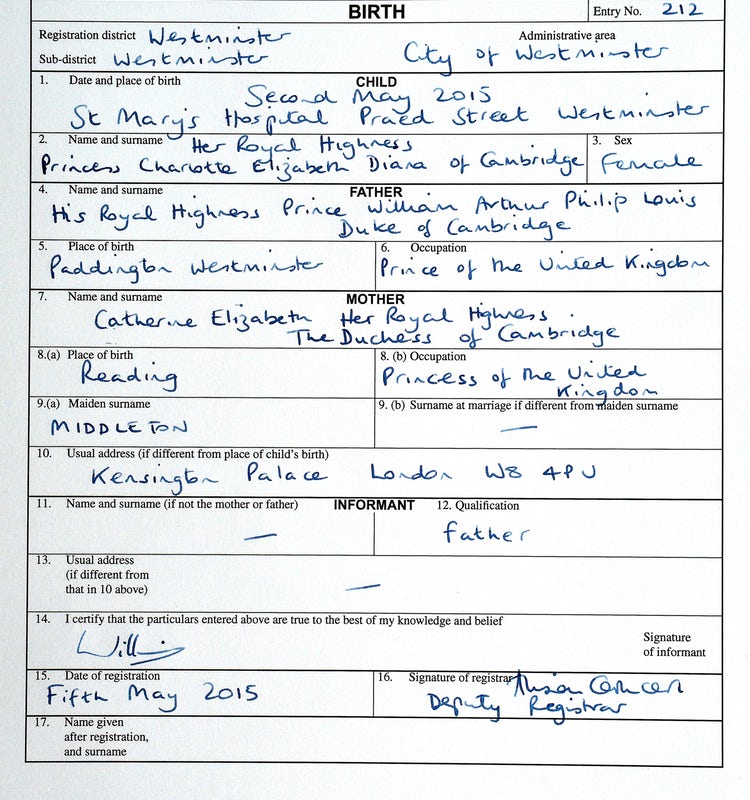 Kate and William previously welcomed little Louis on April 23. “Her Royal Highness The Duchess of Cambridge was safely delivered of a son at 1101 hrs. The baby weighs 8lbs 7oz. The Duke of Cambridge was present for the birth. Her Royal Highness and her child are both doing well,” the statement read at the time. “The Queen, The Duke of Edinburgh, The Prince of Wales, The Duchess of Cornwall, Prince Harry, and members of both families have been informed and are delighted with the news.”

Can’t get enough of the royal newborn? Check out the video below: