The Duke of Edinburgh attended his last official royal engagement on Aug. 2, the Captain General’s Parade outside Buckingham Palace.

In a statement, released to the public, the Palace confirmed: “The Captain General’s Parade will bring His Royal Highness’s individual program to a conclusion, although he may choose to attend certain events, alongside the Queen, from time to time.”

During the rainy engagement, Philip met with veterans and cadets, as well as servicemen and women who have taken part in the 1664 Global Challenge — an effort which sees royal marines from around the country push themselves to the limit in aid of the Royal Marines Charity.

The royal, who is known for his deadpan humor, joked with Royal Marines that they should all be “locked up” for their madcap fundraising efforts.

The parade concluded with a march past, a royal salute, and three cheers for Prince Philip.

Despite the inclement weather, large crowds gathered at the palace gates to catch a glimpse of the significant moment in royal history.

Wearing a black bowler hat and a long overcoat to stay dry, the much-loved royal waved warmly to onlookers, acknowledging their cheers. He was later described as “chipper” by a senior officer.

Buckingham Palace previously announced that the father-of-four would officially retire in August, although he may choose to attend certain events, alongside the Queen, on occasion. 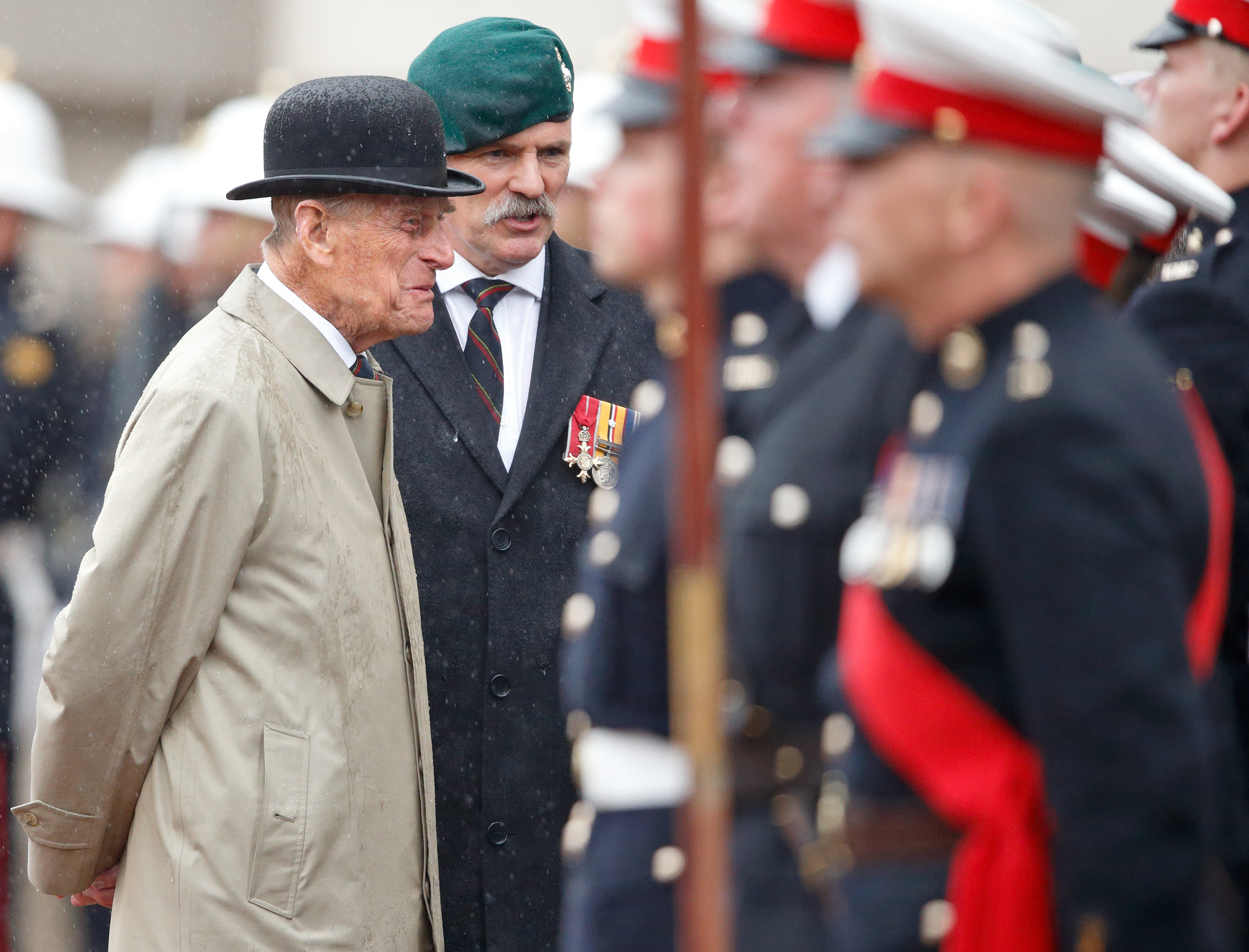 They said in a statement: “His Royal Highness The Duke of Edinburgh has decided that he will no longer carry out public engagements from the autumn of this year. In taking this decision, The Duke has the full support of the Queen.”

“Prince Philip will attend previously scheduled engagements between now and August, both individually and accompanying the Queen. Thereafter, The Duke will not be accepting new invitations for visits and engagements, although he may still choose to attend certain public events from time to time.”

“The Duke of Edinburgh is patron, president, or a member of over 780 organizations, with which he will continue to be associated, although he will no longer play an active role by attending engagements. Her Majesty will continue to carry out a full program of official engagements with the support of members of the royal family,” the statement concluded.

The Duke is considered one of the hardest-working royals. He conducted 110 days of appearances last year, outnumbering several young family members, including Prince William.

All the best to the Duke in his retirement; you will be very missed.

This post was written by Candice Mehta-Culjak. For more, check out our sister site Now To Love.

Kate Middleton and Prince Phillip Are SHOCKED to See What’s in Front of Them, But It’s the Queen’s Reaction That Has Everyone Talking

What Is Trooping of the Color?