As we eagerly await the official announcement that Prince Harry and Meghan Markle are engaged, a royal reporter has revealed what it was like to be front and center at Prince William and Kate Middleton’s wedding. Okay, maybe not front and center, exactly, but he was one of only six journalists invited inside London’s Westminster Abbey for the ceremony, so we’re counting it.

Former royal editor of The Sun and biographer of Prince Harry, Duncan Larcombe, recently told Elle UK that the groom looked petrified while he waited for his bride to arrive. “Before Kate arrived, William went to compose himself with Harry in a room just off Poet’s Corner [an area in Westminster Abbey],” Larcombe said.

“We were sat near there so they both walked straight past us, and William looked absolutely terrified. They came out afterward and gave a deep breath,” he continued. Nerves seem to kick in for everyone at a wedding, and considering a number of eyes on this one, one deep breath seems warranted. Larcombe added that despite the pomp and protocol surrounding their big day, the couple looked genuinely elated.

“William and Kate did look very happy. It was very obvious that while they had to go by protocol, absolutely everything they physically could have done to put their own stamp on the day, they did,” he said. “I think the trees inside Westminster Abbey were Kate’s touch. You could see the little touches that were important to the bride and groom on a day that really wasn’t theirs, it was everybody’s.” 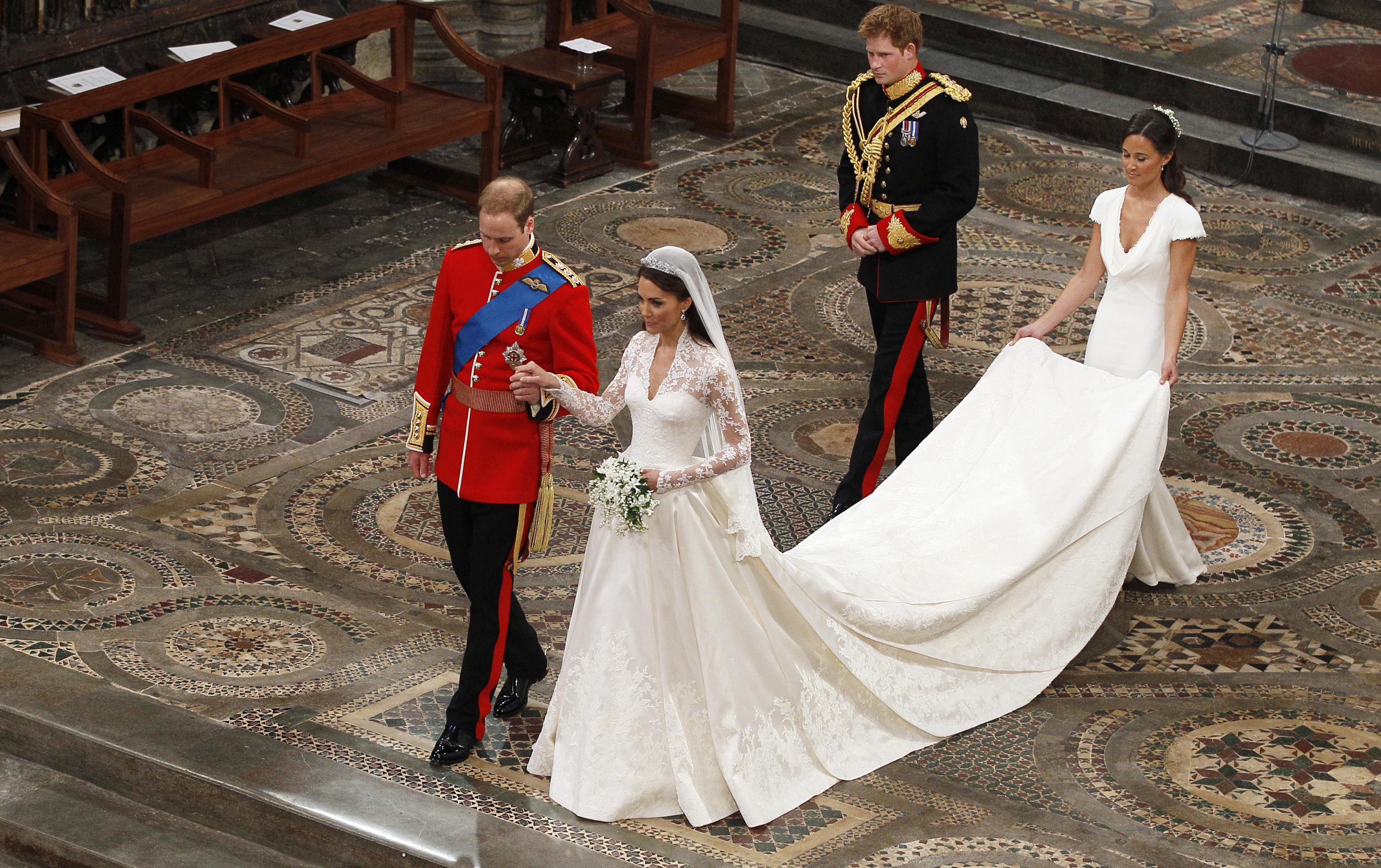 “That’s probably one of the [unfortunate] things about royal weddings,” Larcombe said, adding he thinks Harry’s wedding would be very different to Kate and Will’s due to him not being an heir, but he doubts he’ll be able to avoid the affair being televised. “Harry’s will be really interesting to see where they choose and the scale of it. I’d be surprised if it’s not televised, I think they’ll have to do that compromise. It could be on a par with William and Kate’s as a television event because Harry’s popularity spans the globe,” he said.

This post was written by Kate Wagner. For more, check out our sister site Now to Love.

This Is What Kate Middleton Wears to Other Weddings