The Duke of Cambridge has channeled his late mother at his latest royal engagement, an air display marking the 60th anniversary of the Battle of Britain Memorial Flight.

Prince William, 35, arrived at the Royal Air Force (RAF) Coningsby in Lincolnshire, England by helicopter before meeting with a handful of veterans of the Second World War. William also spoke with Maurice Snowball, 95, who served as a Lancaster flight engineer.

“He sat on the chair next to me, and I said, ‘I hope you don’t mind sitting there, as I can only hear with my right ear, so you’re on my right side,’” Snowball shared. “He said, ‘That’s alright.’ He asked me how I got on flying and I said that I enjoyed it—it was a good crew that we were in.”

Snowball added: “I said, ‘The best memory I’ve got was the Operation Manna food drops,’ and I told him about that.”

Vernon Morgan, 95, a former Lancaster bomber pilot, also described his meeting with the royal, saying: “William was a very nice chap. He spent time talking to everyone. He said it was an honor to be there and meet everyone. I thanked him for coming. It meant a lot.” 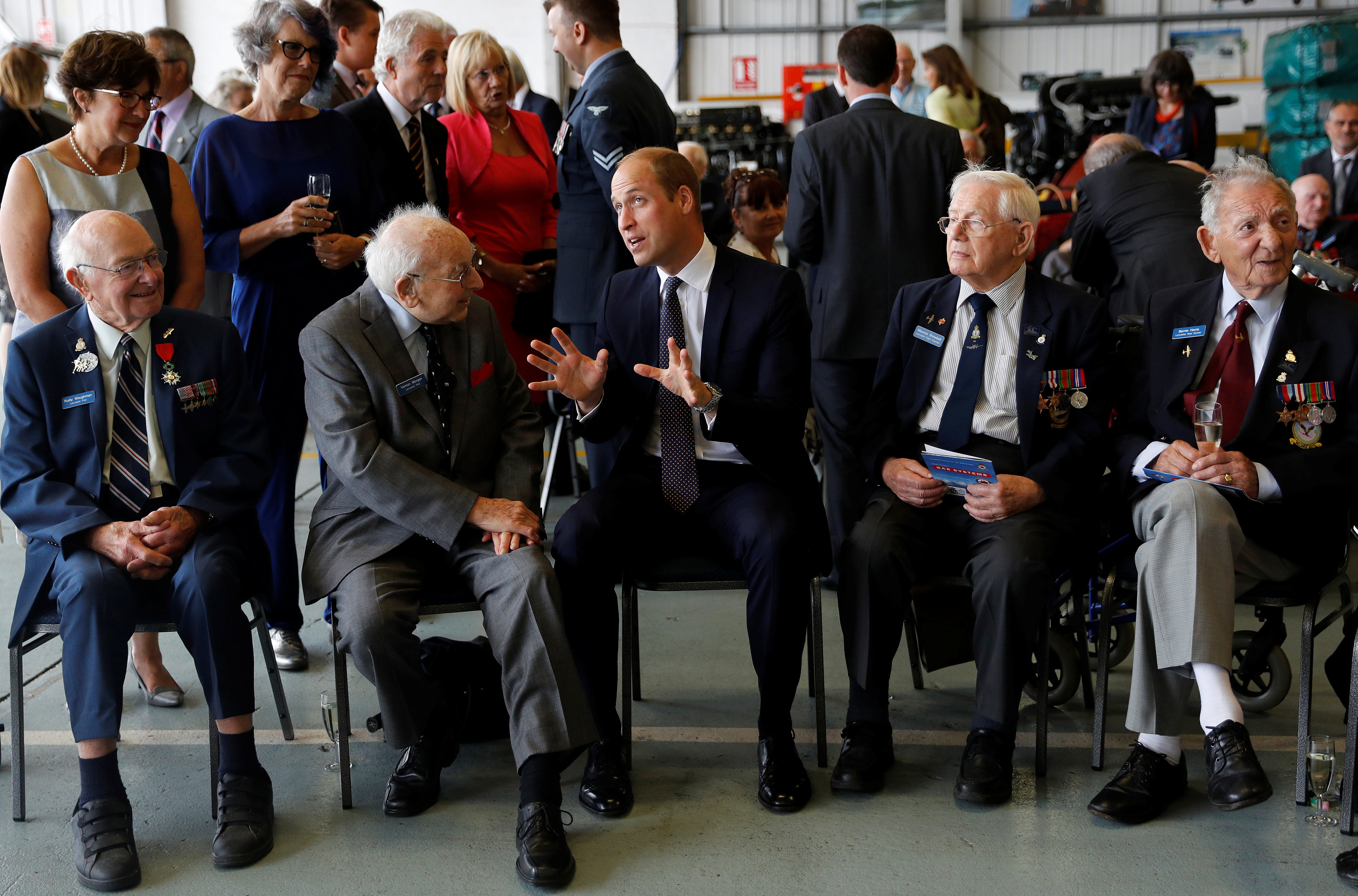 The second-in-line to the throne, who completed his service with the RAF Search and Rescue Force at RAF Valley in Wales, is honorary air commandant of RAF Coninsgby in England.

It certainly is a busy time of year for William, who will soon travel to Poland and Germany with his wife, Duchess of Cambridge, and their two young children: Prince George, 3, and Princess Charlotte, 2.

Last month, further details on their itinerary were revealed, with the palace confirming that the Cambridges will travel to Warsaw, Poland on Monday, July 17. During their trip to Poland, they will also visit the city of Gdansk.

After Poland, the family-of-four will travel to Germany, where the duo will go on a tour of Berlin, Heidelberg, and Hamburg. They will finish up their trip and return back to London on Friday, July 21, just in time for little George’s fourth birthday.

George and Charlotte famously charmed their way through Canada last year, and in 2014, George stole the show when he joined mom and dad for their tour of Australia and New Zealand.

We just can’t wait to see the royal siblings in action once again!

This post was written by Candice Mehta-Culjak. For more, check out our sister site Now To Love.