It sounds like Prince George and Princess Charlotte are ready to welcome their new sibling! Prince William and Kate Middleton announced last month that they’re expecting their third child, and it’s no surprise that fans can’t wait to meet the little royal — just look how cute their other kids are! And Life & Style has learned that the tots, who are already super close, are excited too.

Kate isn’t due until next year — though she’s already suffering from hyperemesis gravidarum, or severe morning sickness — but the 35-year-old has started easing her four-year-old son and two-year-old daughter into the idea of baby No. 3. “They rub their mom’s tummy and talk to the new baby,” a family friend says. “George and Charlotte really are both lovely, normal kids.”

The Duke and Duchess of Cambridge are very pleased to share a photograph of The Duke and Prince George at Kensington Palace this morning. The image was taken by @chrisjacksongetty shortly before Prince George left for his first day of school at Thomas's Battersea. Their Royal Highnesses are delighted to share this lovely picture as Prince George starts school, and would like to thank everyone for all of the kind messages they have received.

The reality is, however, they aren’t normal. George is the future king of England — after grandfather Prince Charles, 68, and father William, 35 — and little sister Charlotte is next in line for the throne. But for now, their day-to-day life is a lot like any other family’s, starting with a 6 a.m. breakfast alongside their parents. “The kids love boiled eggs and toast with Marmite,” a royal insider shares, “and there is a lot of banter between the two of them. I’ve heard George say, ‘I’m the king of the castle,’ and Charlotte replies, ‘So am I!’”

At 8:30 a.m., it’s off to school for George, who attends Thomas’s Battersea in London with 560 other students. Either his mom, dad, or Spanish-born nanny Maria Teresa Turrion Borrallo escorts him there, along with two security guards. “George doesn’t get any special treatment at Thomas’s,” a second source dishes. In fact, his name at school is listed as George Cambridge! “His school friends just call him ‘George.’ He’s incredibly sociable,” the insider continues.

The teachers also appreciate the “well-mannered” youngster, describing him as a “kind and loving little boy.” And the feeling is mutual. The insider reveals, “George has inherited Kate and William’s passion for sports and always looks forward to P.E. and playing outside. He’s already showing a competitive streak.”

At first, it wasn’t as easy for his toddler sister to adapt to being left at home. “When George first started school, Charlotte cried when he left,” the palace insider notes, “but she’s gradually become used to him not being around in the day.” It probably helps that she has a room full of toys to play with — and free reign over the remote. Her favorite show? Peppa Pig, the source reveals, explaining, “She started watching it when it was George’s favorite show, but he’s now beginning to grow out of it.”

Both kids enjoy their time with nanny Maria, whom they’ve lovingly dubbed “Nanna.” In the afternoons, she brings them to the park, teaches them Spanish words, and sings them nursery rhymes. She’s also a whiz in the kitchen, enlisting the mini royals to help her bake cookies and cakes. “George loves dipping his fingers in and scooping up icing,” the family friend details. “Anything messy, and they are both there!”

Like most kids their age, they also find time to play pretend and listen to music. “Both George and Charlotte love dancing and spend hours jumping around to their favorite tunes,” says the palace source, adding that they love “role-playing, pretending they are grown-ups or impersonating TV characters.” A lot of that is done outdoors, as William put up swings and a slide in the Kensington Palace Gardens, in the hopes that the kids are “outside as much as possible.” 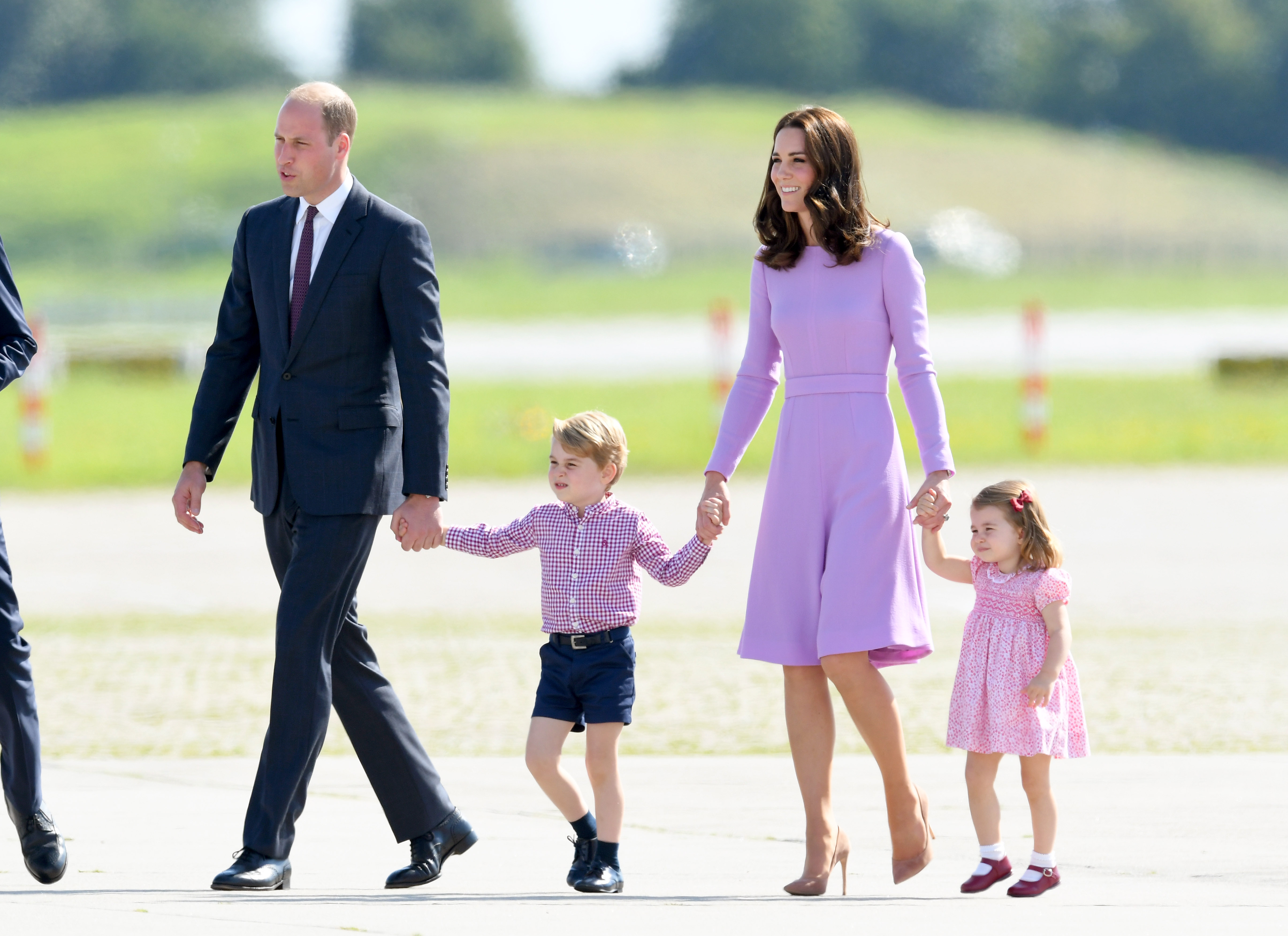 Of course, it’s not always smooth sailing. “Kate once walked in on George drawing on his bedroom wall!” the second source admits. For her part, “Charlotte likes to pick out her own outfits in the morning and if she doesn’t like a particular dress, she’ll throw a tantrum and say ‘no’ to wearing it,” says the second insider. Sounds like someone picked up her mama’s passion for fashion!

When the busy parents need a break, at least they have the children’s great-grandmother, 91-year-old Queen Elizabeth, nearby for help. They call the monarch “Granny,” and boy do they love her! “George and Charlotte are too young to understand the queen’s role,” the second source points out. “So they aren’t the slightest bit scared of her. They actually adore spending time with her, especially as she always surprises them with a gift!”

Rebel Wilson Flaunts Her Weight Loss While Showing off Her New Clothing Line!