There’s a particularly illuminating scene in the seventh episode of The Crown’s second season, “Matrimonium”, in which Princess Margaret discusses her upcoming wedding to society photographer Antony Armstrong-Jones with her sister, the queen. “I know who I am, and what I represent,” she says, with fire in her eyes. “A woman in my own right. A woman for the modern age. And above all, a woman who is free. Free to live and free to love and free to break away.”

Yet despite the queen’s immediate rebuttal of this misplaced revolutionary sentiment (Margaret had never been willing to give up the privileges that being royal allowed her, hence her decision not to marry her divorced beau Peter Townsend), the scene is poignant nonetheless. Why? Because you could argue that despite her polarizing personality, lack of real role, and determination to play the royal card for life, no one did more to modernize the royal family than Princess Margaret — not even the queen.

This notion of “modernizing” the royals is a recurrent theme in the second season of The Crown, most notably explored in episode five, “Marionettes”, when Lord Altrincham publishes his article lambasting the queen’s out-of-touch nature and perceived coldness. With her desire to mix with the Swinging Sixties set of musicians and artists, her adoption of the style of the time, and her devil-may-care attitude towards sex, drinking and smoking, Margaret couldn’t be more different to her buttoned-up elder sibling — or more “modern” (indeed, she’s even got Vidal Sassoon to do her hair, in contrast to the queen’s unfashionable helmet haircut). But The Crown is only a semi-biographical version of events — what about the real-life Margaret’s legacy?

In many ways, despite being the second-born, Margaret did everything first, starting with her marriage to Antony Armstrong-Jones. She was the first daughter of a king to marry a so-called “commoner” of non-aristocratic or royal blood in 400 years, paving the way for her niece Princess Anne and nephews Prince Andrew and Prince Edward, as well as great-nephews Prince William and Prince Harry, and pretty much everyone else in the royal family since (Prince Charles’ first wife Lady Diana Spencer, in contrast, was aristocratic by birth). Indeed, Margaret’s marriage at the time was considered quite the scandal in royal circles, with most of the royal families of Europe boycotting the event (Queen Ingrid of Denmark was notable for being one of the few who attended), yet the public were largely behind them. It was also the first to be televised, with some 20 million tuning in to see the new royal couple. It’s unimaginable that the current royals wouldn’t give us the same privilege. 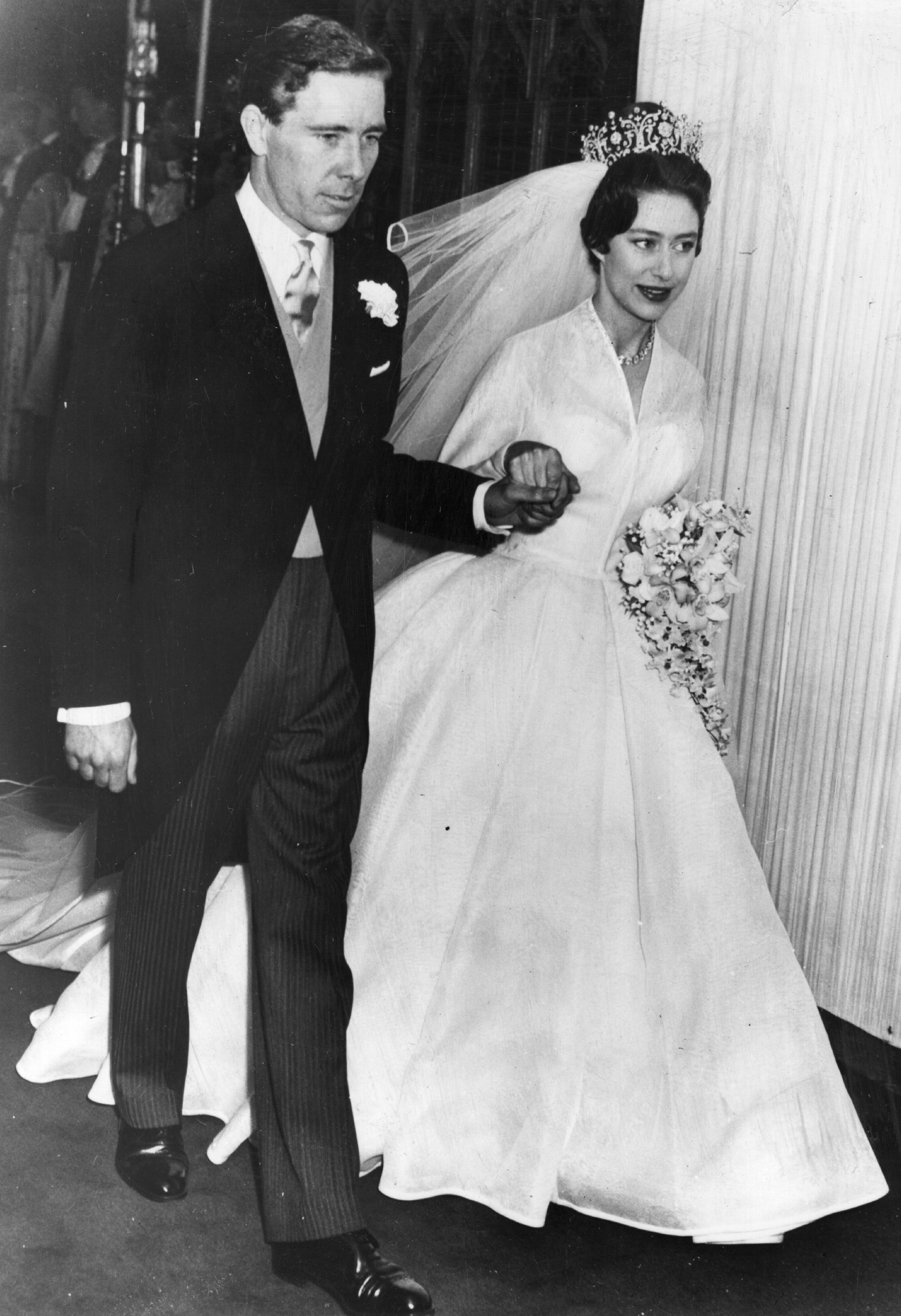 But if it was her marriage that marked the first major way in which she broke free from the constraints of the royal family, it was her divorce which irrevocably removed her from them. As her biographer Christopher Warwick points out in his book Princess Margaret: A Life Of Contrasts, her unwitting legacy was that she made royal divorce acceptable — something that no doubt helped her niece and nephews, three of whom got divorced themselves, but which she was largely vilified for in the press at the time in 1978.

Indeed, in her relationship with the paparazzi and media, Princess Margaret became one of the first royal celebrities, something which begun at the tender age of eighteen when she was photographed in her bathing suit while swimming in Capri (the subsequent pictures sparked a war of words among journalists debating whether or not they were appropriate). Coming of age at a unique time when celebrity culture and tabloid journalism were just beginning, her status as younger sister to the most famous woman in the world and her beauty (she’s been described as a “pocket Venus” on more than one occasion), made her a natural choice for the press to write stories about, particularly when they were so juicy.

In the sixty years since, the royal family have all had to negotiate the press, but none more so perhaps than Princess Diana, who undoubtedly inherited Margaret’s mantle in this respect. More recently, the Duchess of Cambridge and Meghan Markle have become the latest recipients of this royal “celebrity” status. While Margaret hardly left a rulebook behind as to how to handle the attention, it’s undeniable that she was the first royal to truly play the press at their own game, something her inheritors have learnt to varying degrees too. 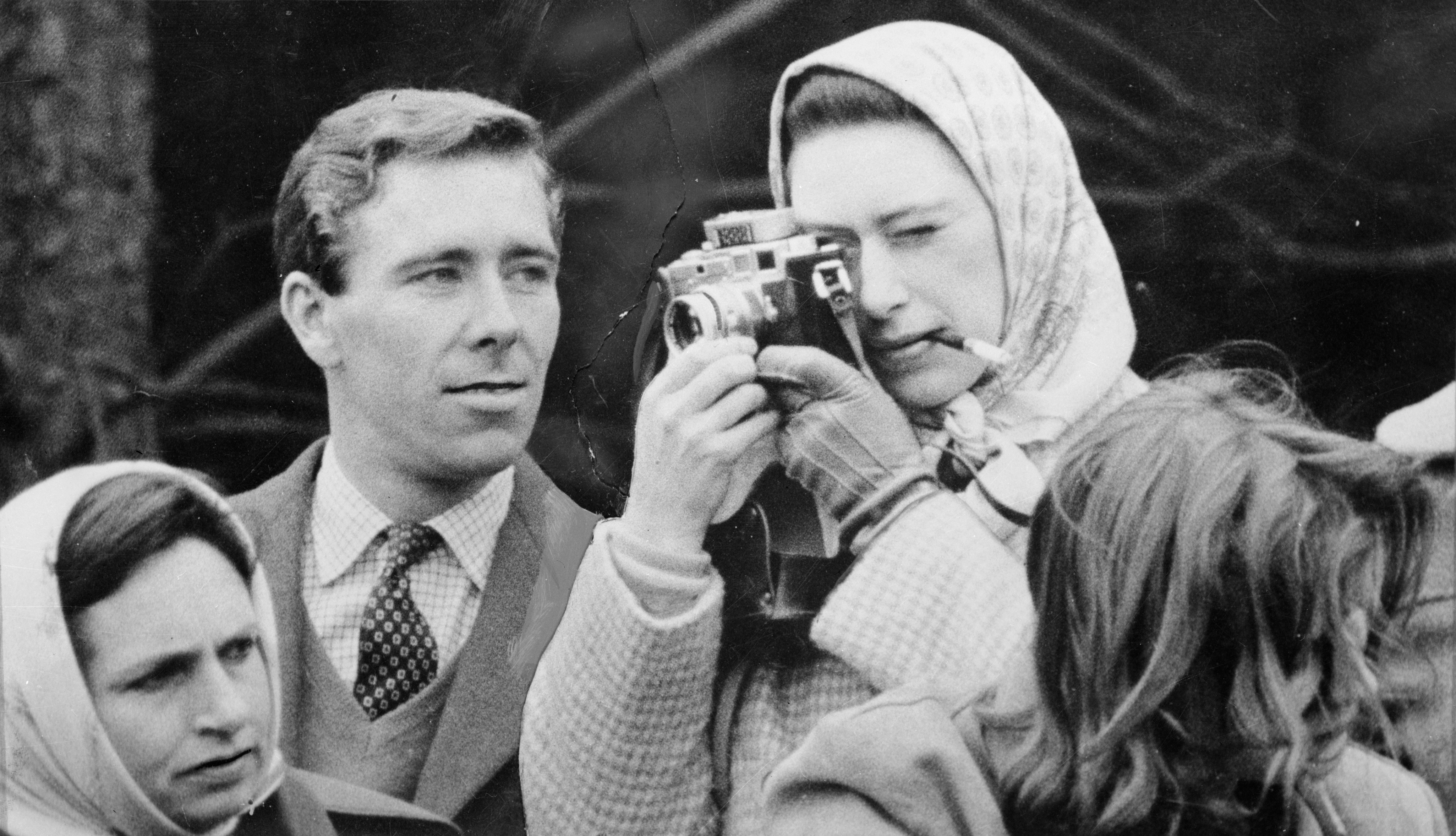 Yet it is perhaps her inability to find a place in the world as the so-called “spare” that has been her biggest gift to the royals that came after her, no doubt influencing how Prince Harry has chosen his own role. Similarly to her great-nephew, Margaret underwent tumultuous formative years, becoming the “party princess” long before Harry was taking naked photos in Vegas and making misjudged fancy dress decisions. Yet while Margaret never really stopped having a good time — holidaying in Mustique, partying with celebrities, and refusing to quit smoking until it was too late — Harry made a volte-face sometime around 2013 and has cleaned up his act considerably. Indeed, in contrast to his late great-aunt, he is one of the most popular members of the royal family. She remained one of the least popular until she died in 2002.

But her ultimate legacy can be seen in how thoroughly unroyal her children are, Lady Sarah Chatto and David Armstong-Jones. Largely unknown in the public sphere, the queen’s niece and nephew both married “commoners,” both work for a living (Sarah is a painter, David has a furniture business), and don’t cash in on the family name as their mother did. Unlike Margaret, who was assured of her important position in life from birth and saw that position deteriorate as the royal family became less and less important post-World War II, her children have taken the opposite route: finding a place for themselves in wider society despite their birth.

So whether she intended to or not — as per that great speech in The Crown — Margaret did modernize the monarchy, and indeed break away from it, albeit largely through circumstance and the time she was born into, rather than actual intention. The irony is that perhaps of all her family, she was the one holding tightest to her relevance as a royal, at a time when they had lost considerable sway.

See what your favorite cast members of The Crown look like in real life.

Kate Middleton Flaunts Her Bump in a Pink Recycled Coat