She’s moved on! Nearly three years after Reba McEntire’s highly publicized divorce from Narvel Blackstock, the country star hit the 2018 Grammys red carpet with her new boyfriend — and looked happier than ever!

It was confirmed on New Year’s Eve via Reba’s friend Ronnie Dunn that she’s dating Anthony “Skeeter” Lasuzzo. He’s also appeared in many of the actress’ Instagram photos prior to that, so we knew something great was going in Reba’s life. 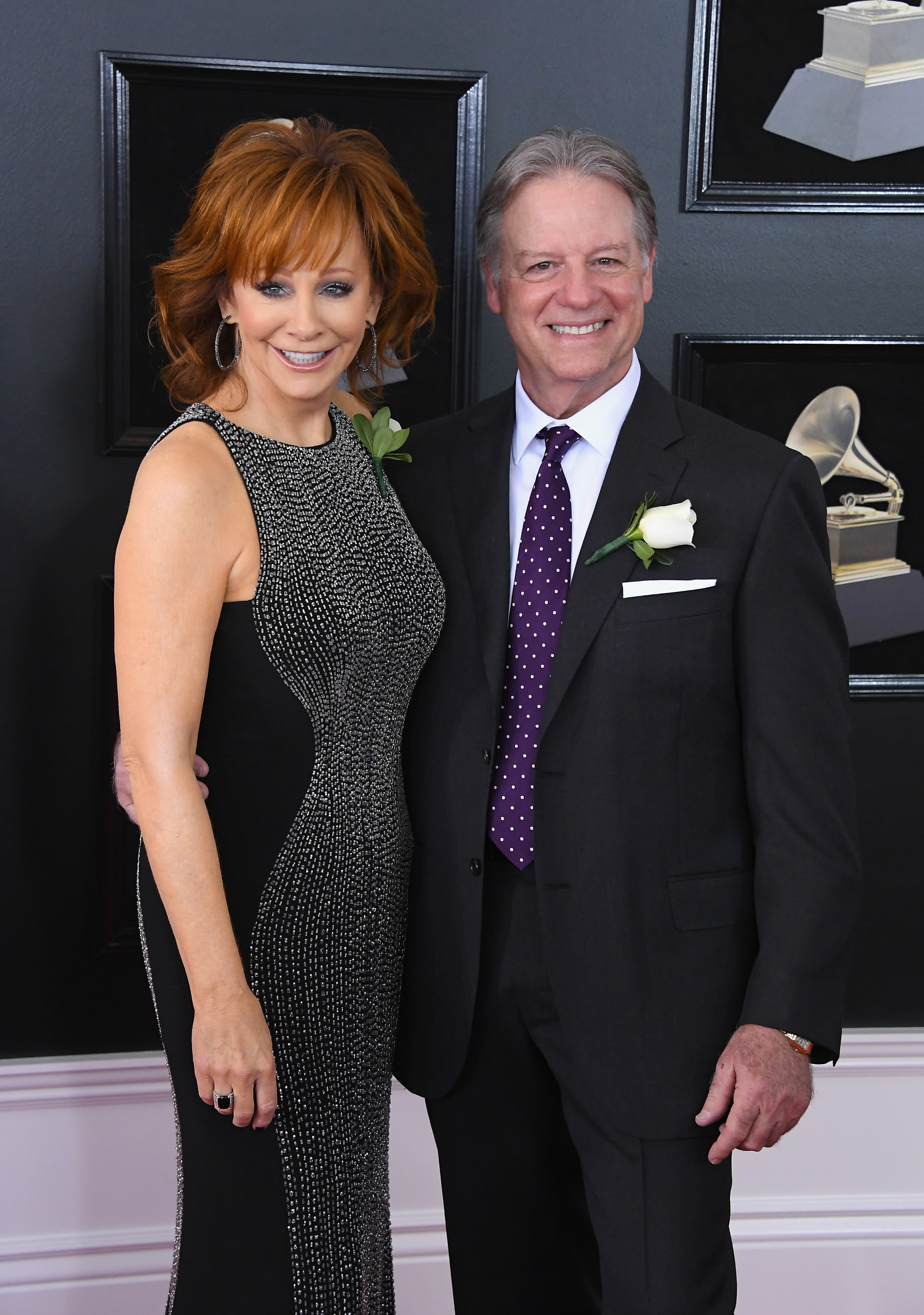 The two gushed about how much they’ve been enjoying each other these past couple of months. “We’ve been having fun,” Reba told Entertainment Tonight. “We’ve been to three plays here in New York, just enjoying it tremendously.” Skeeter added, “I’m doing great. I’m just following her and enjoying the night with her.”

A friend of Reba’s previously opened up to Closer Weekly about how she’s finding love again even though her divorce was so highly publicized. “Country music fans are as interested in her as a person as much as an artist,” the friend said. “So it’s natural she’d want to show her happiness to tell fans, ‘Hey, I’m OK.’”

An insider also revealed that Reba is happier than ever, “Reba honestly never thought she’d be back on the market, dating again,” her friend says. “But she’s more comfortable in her own skin than ever and open to the possibility of falling in love. She knew that when the time was right, the right person would enter her life.”

It’s also a plus that Skeeter is in the music business just like Reba! “Their relationship is one of companionship, not shop talk,” the friend said. “She was ready to oversee her own career and she feels she mixed business with pleasure long enough.” But since they don’t do business together, Reba can “let it all hang out and just show her true colors.” We’re so glad to see her so happy!

Here’s Why All the Stars Are Wearing White Roses at the 2018 Grammys!

See the Cast of ‘Reba’ Then and Now!