In a new interview, Rick Springfield bravely opened up about his ongoing battle with depression and admitted he recently considered committing suicide. “Last year I was close to it, really close to it,” the 68-year-old singer told host Lori Majewski during a SiriusXM Feedback episode, which aired on Thursday, Jan. 11. “‘Suicide Manifesto’ is stuff I think about. I’ve been close to it,” he said, referring to a song on his upcoming album The Snake King.

“When Robin Williams and Chester [Bennington and Chris Cornell] and those guys [passed away from suicide]… I didn’t go, ‘Oh that’s terrible.’ I went, ‘I get it.’ I get being that lost and dark,” Rick continued. “You’re in so much pain that you just want it to end. I have been there and I know what it’s like and I understand. It’s just part of your makeup.”

Press Release: Rick Springfield is forced to cancel his shows in Regina and Winnipeg this week due to an unexpected minor surgery on his arm. Although the surgery was successful in repairing a torn tendon, the recovery process has taken longer than both Rick and his surgeon expected. He will resume his touring schedule on Friday, September 1 in Vancouver at the PNE. "I am very sorry to disappoint and inconvenience my friends and fans in Regina and Winnipeg especially since it has been many years since I have performed there. I hope to schedule a new date on another tour soon." – Rick Ticket refunds for the Regina and Winnipeg concerts can be obtained at the point of purchase. Ticket info for Friday's show in Vancouver is available at rickspringfield.com

Years ago, the “Jessie’s Girl” singer wrote about his depression in his memoir, Late, Late at Night, ($7.06, Amazon) and revealed he once tried to hang himself when he was 17 years old. “I tried. I don’t know how I survived it, but I survived the hanging,” Rick told Majewski on Feedback. “When I had kids I said, ‘Okay that takes suicide off the table, that’s not an option anymore, I don’t care how bad I feel.’ But now my kids are grown. It’s really weird… it would devastate them. I don’t know how I could ever come to terms with that. But it rides on my shoulder every day.”

Rick is a father to two sons, Liam Springthorpe, 32, and Joshua Springthorpe, 28, with his wife, Barbara Porter. Today, the musician is focusing on his health and trying his best to stay well. “I’ve taken Prozac and all that kind of stuff and I meditate. Mediation is the only thing that takes me out of it. If I truly meditate and focus and get to that place, I’m not depressed. No matter what’s going on. But it’s pretty hard,” he said. 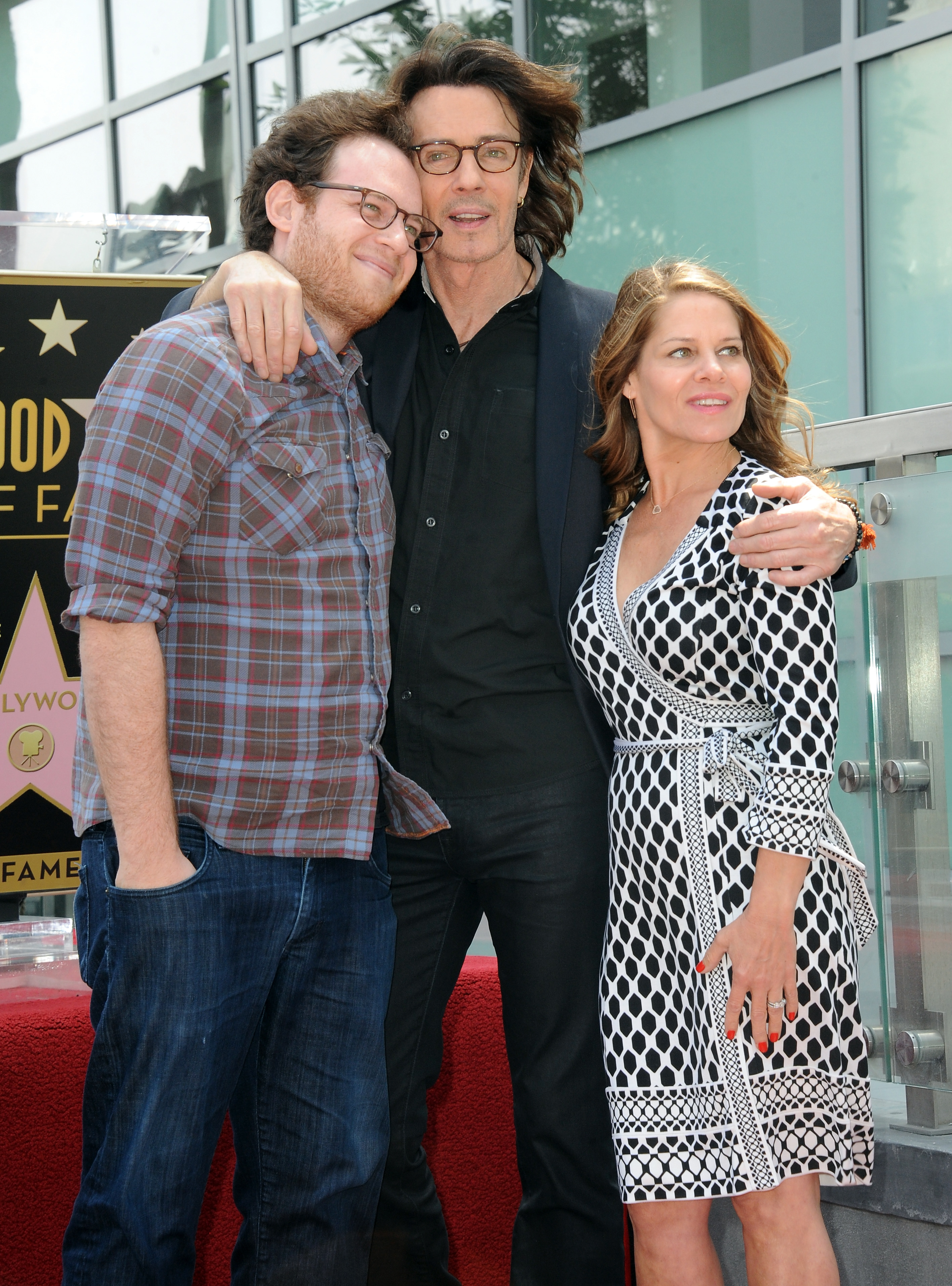 “I’m alive and well. Anyone says, ‘How you doing?’ I never go, ‘Great.’ Because it’s bulls–t. I go, ‘I’m okay — I’m there.’ Sometimes I’ll go, ‘F–king horrible, I’ve had a terrible day,'” Rick admitted. “We’ve all had the social front and it just makes me feel like such a liar when I go home and I look in the mirror and I go, ‘Really, you said that to somebody? That everything’s great and you’re feeling awesome? That’s bulls–t.'”

If you or someone you know is contemplating suicide, call the National Suicide Prevention Lifeline at 1-800-273-8255.

Rick Springfield Cuts Off His Long Locks for ‘True Detective’ Role — and is Selling His Hair for Charity!

Family of Kate Middleton’s Nurse Speaks out After Her Tragic Suicide: “We Keep Going for Her”

Julia Roberts on Life After Her Half-Sister’s Suicide: “I Am Better for the Things That Have Happened to Me”