Roseanne and Dan Conner were one of TV’s favorite sitcom couples back in the ’80s and ’90s. Their chemistry was so natural, many fans are wondering if Roseanne Barr and John Goodman are married in real life. Turns out, they were just an onscreen couple.

Goodman has been married to his wife, Anna Beth Goodman, since 1989. The couple has a 27-year-old daughter — Molly Evangeline Goodman — together, who was born in August 1990. The 65-year-old actor once told Elle that the secret to his nearly 30-year marriage is “not” romance.

Unlike Goodman, Barr has been married and divorced three different times. She was hitched to Bill Pentland from 1974 until 1990 and the couple had three children together, Jessica, Jennifer, and Jake. After divorcing Pentland, she wed comedian Tom Arnold, and the two stayed married for four years until 1994. The couple had no kids together.

Then in 1995, she married Ben Thomas and the duo was married until 2002, just seven years after they welcomed their son, Buck Thomas. Barr also has an older daughter from a previous relationship. She has been with her boyfriend, Johnny Argent, since 2003, but the couple never married.

However, as Barr previously revealed to New York Magazine, she was in love with Goodman during the first season of Roseanne! When asked how he felt about her big confession, the actor said he was totally surprised. 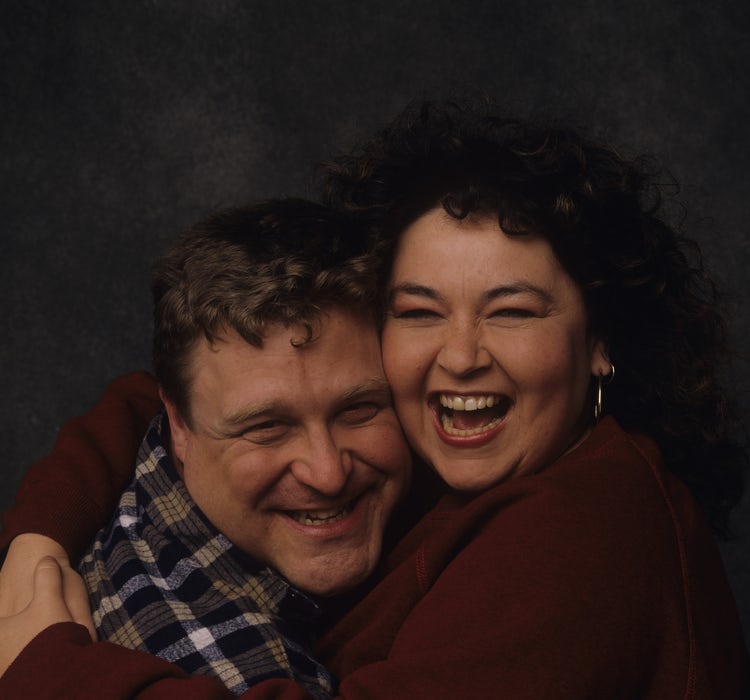 Goodman once described his relationship with Barr, saying it was like being in a marriage. “We had our ups and downs. She was a pretty strong personality, and I’d hide — much like a modern marriage,” he said. “She had a very strong vision of what she wanted. If I had something to add, it would be on the floor when we were rehearsing.”

As far as learning anything from his fights with the actress, he shared, “Not from her. Honestly, it’s best avoided.” We still think they’d make the perfect real-life couple — and we can’t wait to see onscreen chemistry again in the revival!

Love Roseanne? Check out the video below for some little-known facts about the show!

Find out Where the Conners Lived and Where ‘Roseanne’ Was Actually Filmed!