Apparently, America really missed the Conners! ABC brought back Roseanne on Tuesday, March 27, for the sitcom’s first new episode since its original run ended in 1997, and millions of folks tuned in to catch up with the TV family.

And on Friday, March 30, it was revealed that the show has been renewed for Season 11. “We’re thrilled that America has welcomed the Conner family back into their homes,” Channing Dungey, president, ABC Entertainment, said in a statement. “The show is as fresh and relevant today as it was when it left the air 21 years ago. We can’t wait to see what the Roseanne team has in store for next year.”

Even President Donald Trump tuned in to the highly-rated reboot premiere, apparently. Roseanne Barr shared that the POTUS — whom she clearly supports in the show (and in real life) — reached out to her to thank her for the support and congratulate her on the show’s success. “It was pretty exciting, I’ll tell you that much,” the actress told Good Morning America during a phone interview on Thursday, March 28. “It was just very, very sweet of him to congratulate us.”

The revival’s one-hour premiere episode attracted 18.2 million viewers and earned a 5.1 rating in the desirable 18-to-49-year-old demographic, according to E! News. And these Season 10 ratings don’t even include DVR and time-shifting figures!

As ABC proudly pointed out, the new Roseanne ratings beat those of all comedy telecasts since the 2014 season premiere of The Big Bang Theory. It’s also the network’s highest-rated entertainment telecast in six years among young adults, as well as its best performance in that Tuesday night time slot since 1996.

In fact, the revival premiere even netted more viewers than the 1997 series finale did. We all thought “Into That Good Night” would be the last we’d see of the Conner family, but that episode only got 16.6 million viewers. Granted, neither installment can compare to the show’s first season, which had an average of 23.8 million viewers. But considering how many options TV viewers have these days, the latest ratings are undeniably impressive. 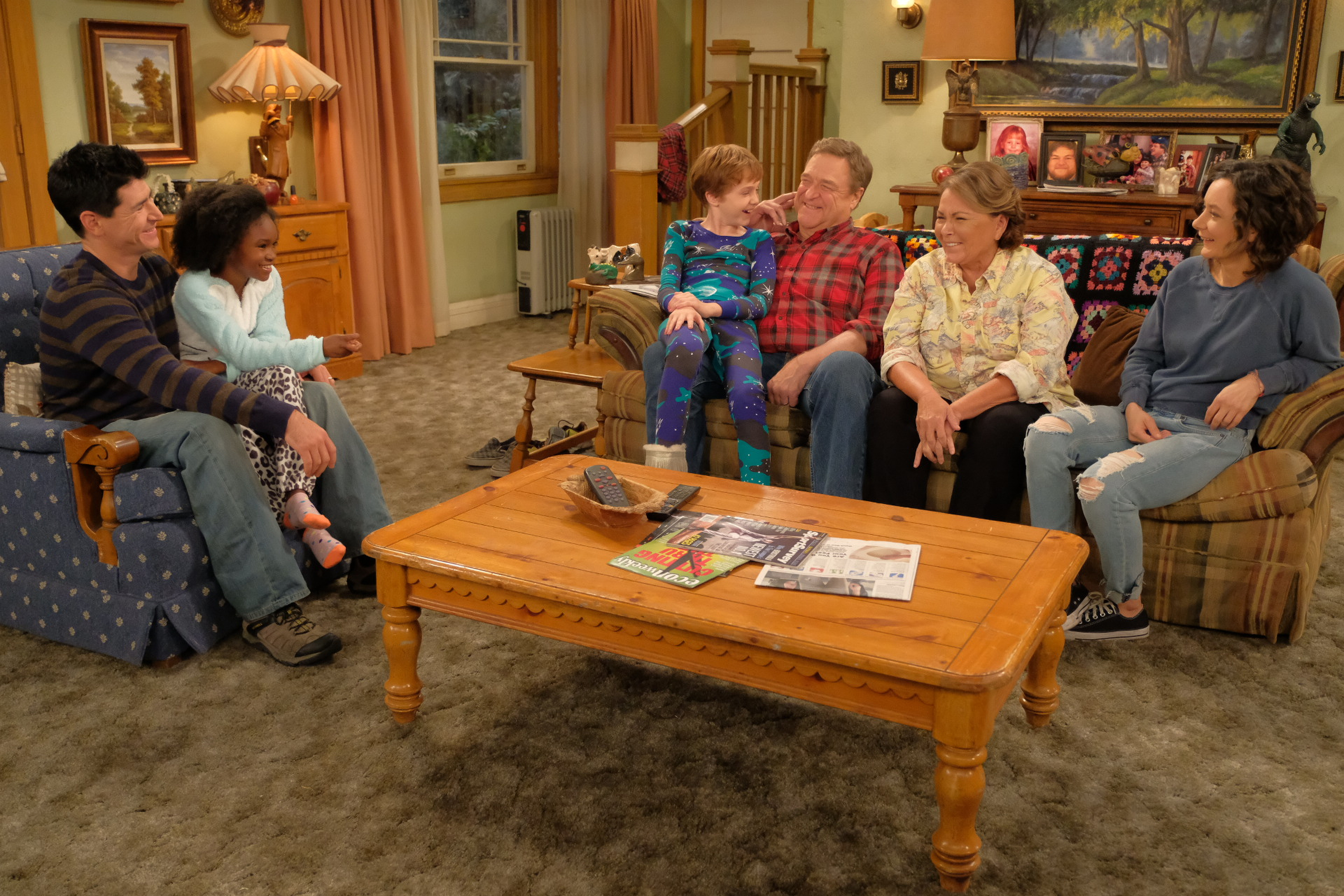 Roseanne, 65, couldn’t be more appreciative of all her fans as well. “I am so grateful to the fans of the Roseanne show for giving it a good premiere rating,” Roseanne tweeted. “You are all wonderful. Here is to making America laugh and talk again. Love you.” As Roseanne‘s success further proves, broadcast television is riding a wave of nostalgia these days. Will & Grace returned to the air to an audience of 15.9 million, for example, and NBC has already renewed that sitcom for two more seasons. Meanwhile, Fox’s paranormal hit The X-Files just concluded its second revival season, while the network’s reality competition American Idol jumped ship for a new season on ABC. And over at CBS, Candace Bergen is gearing up for a new season of the comedy Murphy Brown.

ABC is likely crossing its fingers that this week’s Roseanne viewers will tune in again for the other seven episodes this season. We wouldn’t rule out that possibility, especially with actors Johnny Galecki, Estelle Parsons, Natalie West, and Sandra Bernhard reprising their roles on the working-class comedy. But we’re just glad John Goodman‘s character is back from the dead!