As Prince Harry and Meghan Markle prepare to move into Kensington Palace, we chart the tumultuous history of the royal residence. As far as royal residences go, the name Kensington Palace is a bit of a misnomer. That’s because rather than one sprawling, palatial home, it is actually a complex made up of several apartments, housing key members of the royal family since the 17th century. Having so many family members in close proximity has often resulted in drama — particularly when rank is involved.

The Duke and Duchess of Cambridge live there with their three children, Prince George, Princess Charlotte, and Prince Louis, while two royal couples are due to move in after their upcoming weddings: Prince Harry and Meghan Markle, and Princess Eugenie and Jack Brooksbank. But who else will their neighbors be? And who else has made Kensington Palace their home in the past? Here’s a brief history of its most famous residents.

The Princess Alexandrina Victoria, as she was then known, had unhappy memories of Kensington Palace. She spent an unhappy and restrictive childhood there, thanks to her mother’s strict advisor, Sir John Conroy. She lived there when it was still one residence, with her family taking up two floors of rooms in the southeast corner, and other relatives living nearby. As soon as she ascended to the throne at age 18, she left, choosing to move down the road to Buckingham Palace instead. At the time, it was an odd choice of residence: No other reigning monarch had lived there.

The queen’s late sister Princess Margaret moved into Apartment 10, Kensington Palace in 1960, following her wedding to Lord Snowdon. It was a temporary home — famously acid-tongued Margaret dubbed it “the doll’s house” — while the more spacious Apartment 1A was renovated to her taste. The royal couple finally moved into their new home in 1963, shortly before the birth of their daughter Lady Sarah, with a newly-added photograph darkroom for Snowdon. Much of it was designed by the couple themselves, with the help of theater designer Carl Toms. Indeed, the noise and drama of the endless construction (they gutted the entire property), as well as the increasingly tight budget (it came to £85,000 [$114,700 USD] eventually), recently played out in the Netflix series The Crown, which showed Margaret’s aunt Princess Marina, Duchess of Kent, annoyed by the project. She had good cause: She had moved into Apartment 1 with her children in 1955 following the death of her husband, but was forced to downsize considerably when it was split in two, creating Apartment 1A, belonging to Margaret. 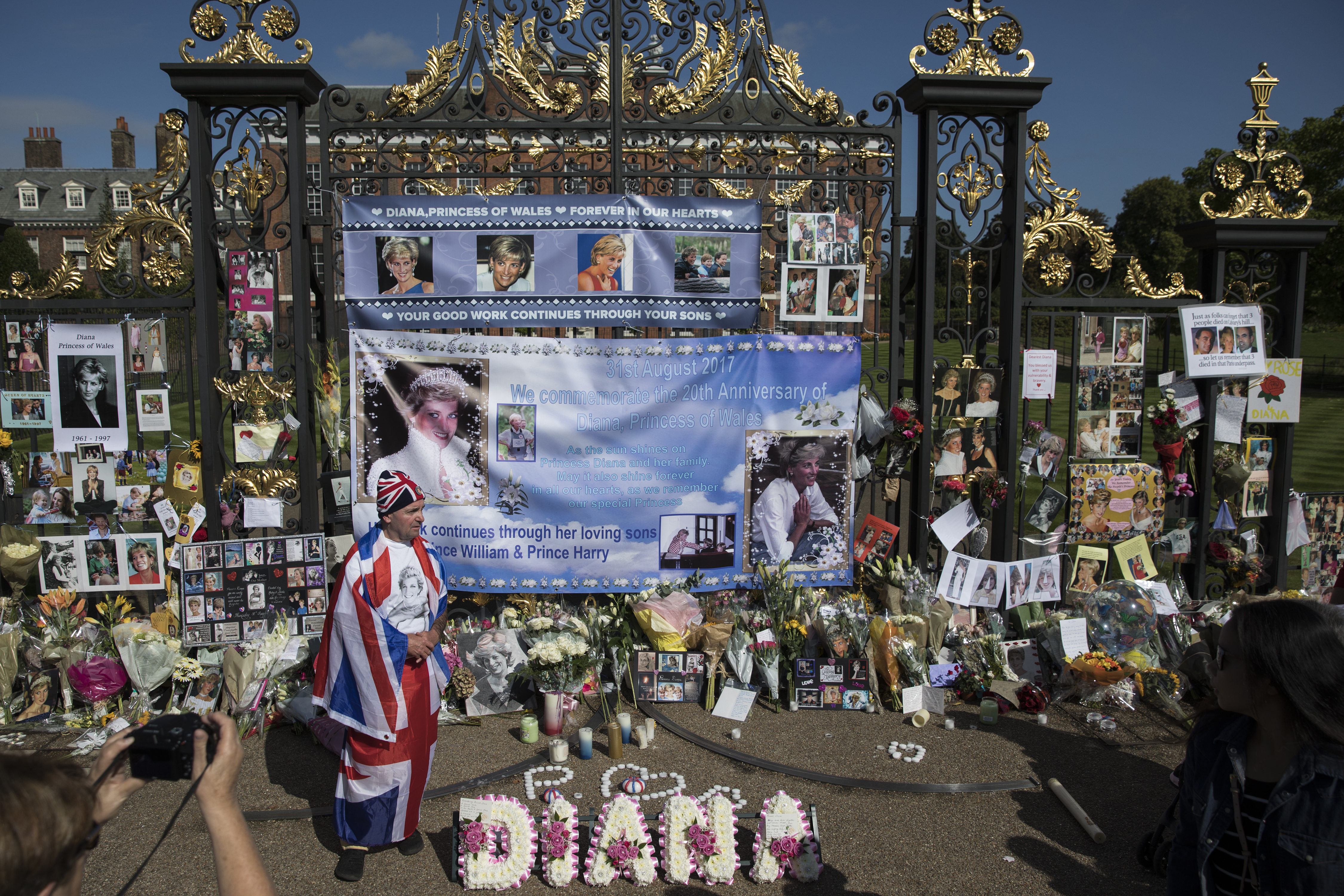 Princess Diana memorial outside of Kensington Palace on the 20th anniversary of her death. (Photo Credit: Getty Images)

Kensington Palace was thrown into the spotlight in 1981, after Prince Charles and Princess Diana made Apartments 8 and 9 their home. Their children, Princes William and Harry, were raised here, and Diana continued to live here after their divorce. Indeed, it was the focus of a national outpouring of grief in 1997, after her untimely death in a car accident in Paris, with flowers left at the gates by mourners. After lying unoccupied for a decade, it was split back into two apartments again in 2007, and now houses four of Charles’ charities and the Chief of Defense staff.

Prince and Princess Michael of Kent

Perhaps the most controversial royals, Prince and Princess Michael of Kent, were given Apartment 10 as a wedding present from the Queen in 1978, raising their two children Frederick and Gabriella here with Princes William and Harry next door. The couple made headlines in 2002 when it was revealed that they had been living there for free, with the Queen paying their £120,000 ($162,000 USD) rent out of her own funds, despite the fact that they completed barely any royal duties. Since then, the couple has paid their own rent, in order to continue living there. Of course, the Princess Michael recently made headlines after she was accused of being a racist by several parties. The Prince’s elder brother, Prince Edward, Duke of Kent, lives in nearby Wren Cottage.

The Duke and Duchess of Cambridge 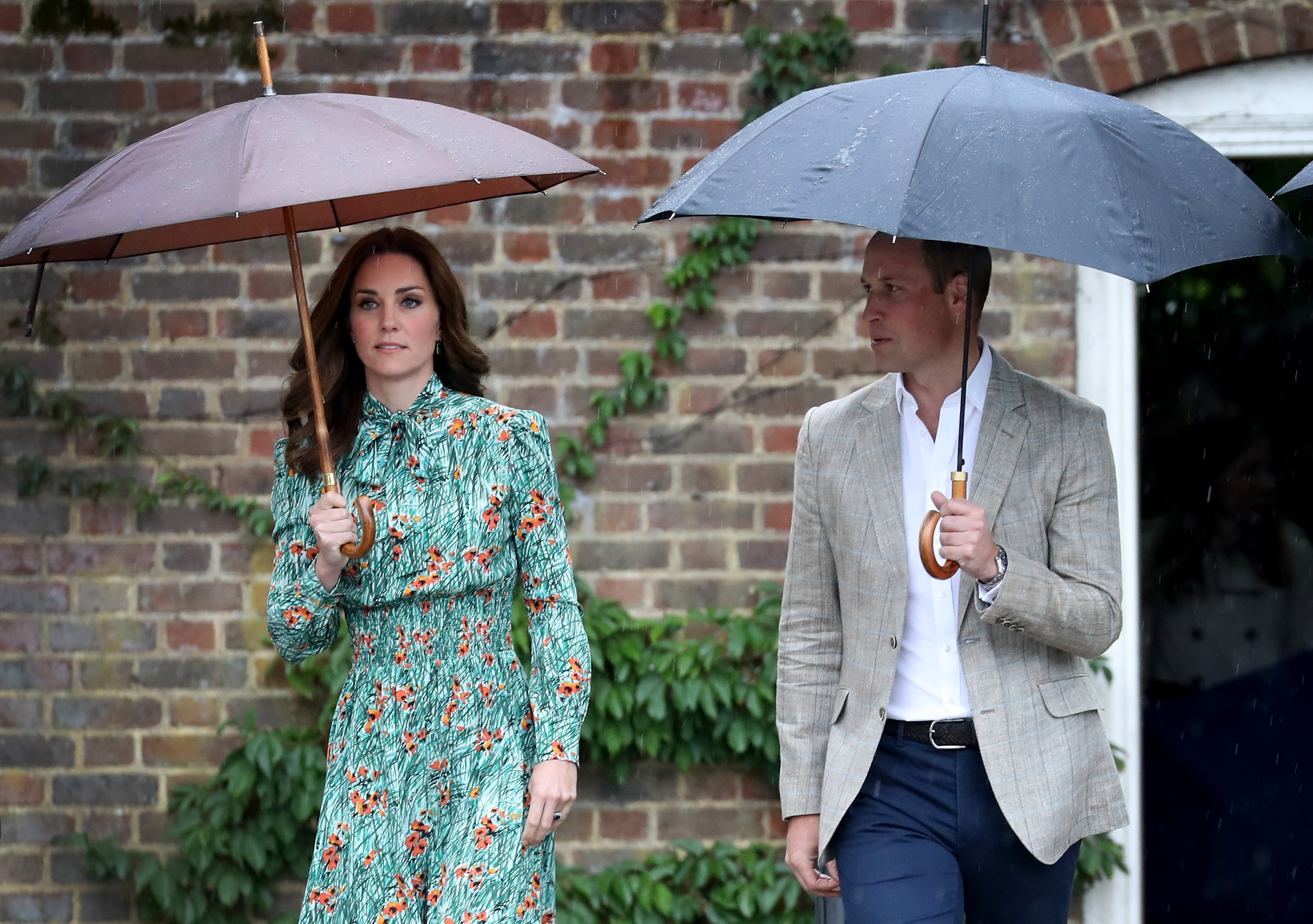 The highest-ranking couple currently residing at the palace are the Duke and Duchess of Cambridge, Prince William and Kate Middleton. Previously residing in Nottingham Cottage after they were first married (which is where Harry and Meghan live now), they decided to move to Norfolk’s Anmer Hall after the birth of Prince George, before returning to the palace and making their family home at Apartment 1A in mid-2017. The house, which once belonged to Princess Margaret, underwent a £4.5 million ($6.075 million USD) renovation project before they could move in, with the couple spending their own money on additions like a second kitchen. 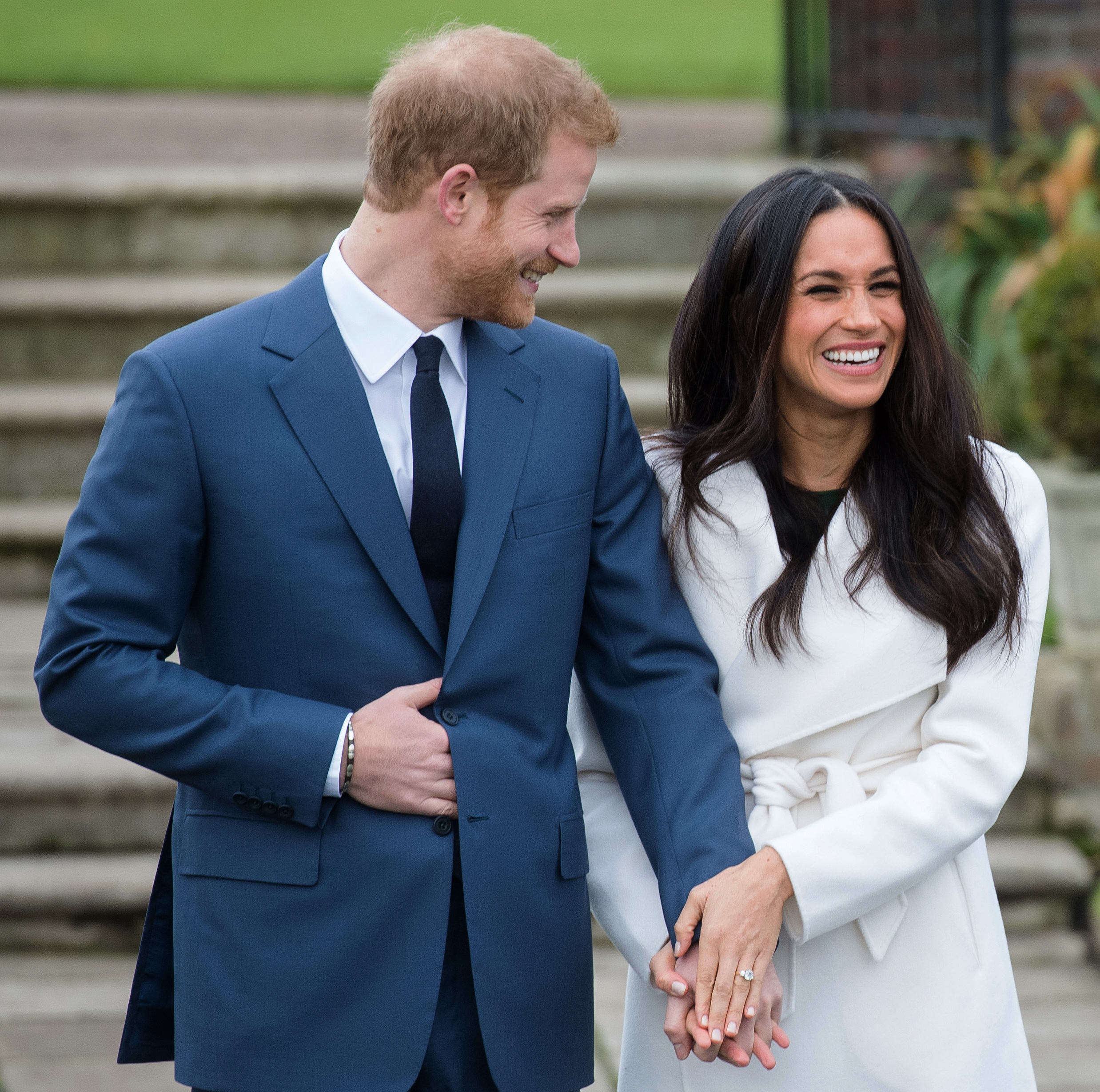 When Harry and Meghan move in after their wedding later this month, the newlyweds are expected to take up residence in Apartment 1, moving out of Nottingham Cottage where they currently live. The 21-bedroom house has recently undergone extensive renovations, after previous tenants the Duke and Duchess of Gloucester (the Queen’s cousin) moved out in November.

Prince Andrew’s youngest daughter, Princess Eugenie, moved with her fiancé Jack Brooksbank into Ivy Cottage earlier this month, with Prince Harry and Meghan Markle as their neighbors. Prior to this, she lived with Princess Beatrice in an apartment in St James’s Palace.

This article was written by Rebecca Cope. For more, check out our sister site, Grazia.

Queen Elizabeth Had the Sweetest Reaction to Meeting Prince Louis

Ever the Style Star, Princess Diana Once Attended the Met Gala