He was the creative eye behind the camera, entrusted with the momentous job of taking the official photographs on Prince Harry and Meghan Markle’s wedding day. And now, Polish celebrity fashion photographer Alexi Lubomirski is sharing the touching story behind the now iconic black-and-white photo of newlyweds Prince Harry and Meghan Markle enjoying a candid moment on the steps of the East Terrace at Windsor Castle.

Opening up about the stunning image, Lubomirski told the BBC he managed to sneak in a quick shoot with just the bride and groom in a tiny window of opportunity before they were whisked away back to the wedding reception. “We went out there and had about three and a half minutes to take some quick shots because everything was running like clockwork,” the shutterbug explained. “The sun is setting right just over the top of Windsor Castle just behind them, it was just the most serene, beautiful light, they’re in love, walking around this beautiful garden,” he reflected. “It was just one of those magical moments when you’re a photographer and everything falls into place. I said, ‘Just before you go in, sit on those stairs.'”

Lubomirski also revealed the relaxed pose on the stairs came about because the newly-minted husband and wife were simply tired from such an emotionally draining day. “[Meghan] just slumped in between his legs, and there was this moment where they were just laughing because they were joking about how they were exhausted and finally it’s all over. They just looked at each other and they were just laughing, and it was this just beautiful moment, and, when you are taking the pictures, you know you have something.” How cute! 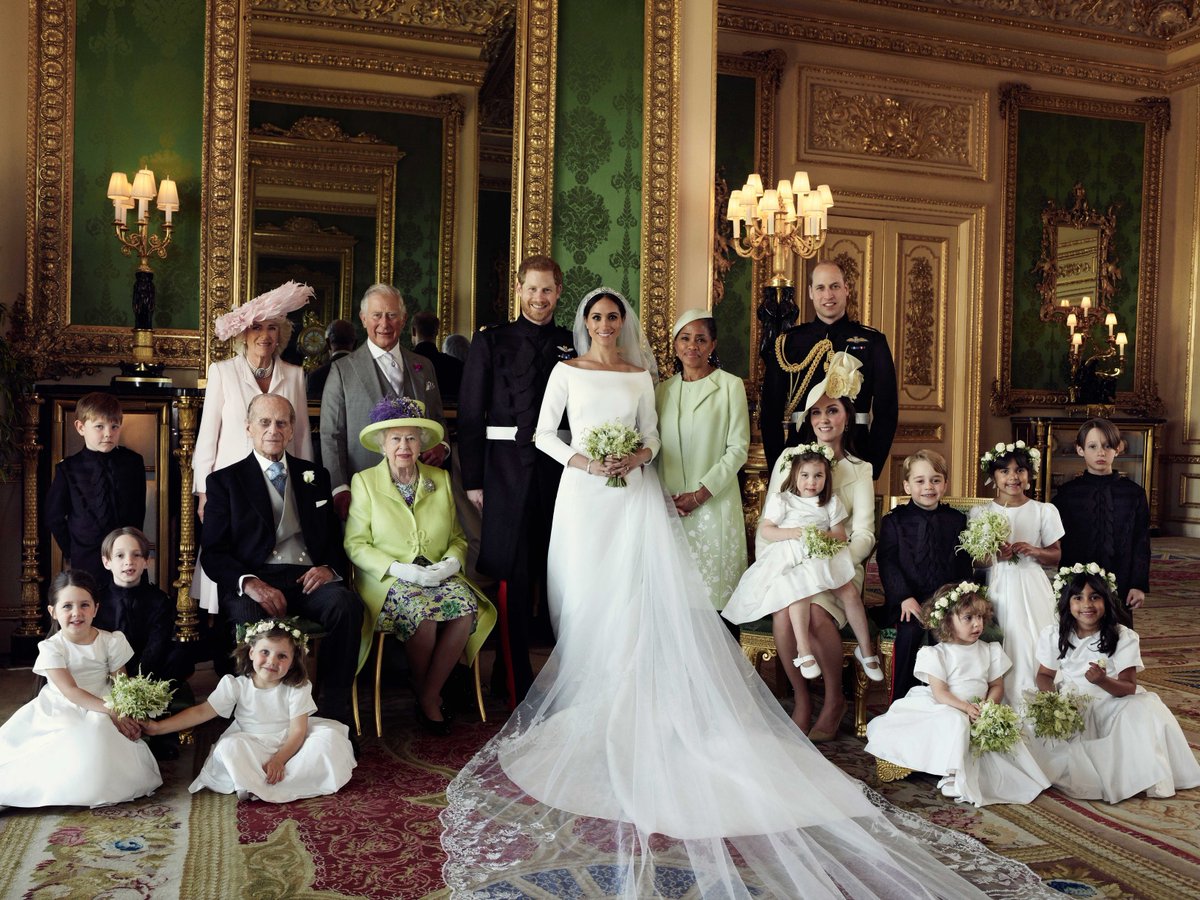 As for how Lubomirski captured the powerful group shots in the Green Drawing Room with the key senior royal family members and Doria Ragland, he said it was all about playing with levels. “I didn’t want it to feel like a sports team photo or an army photo, regimented and linear. So we talked about how we could break it and get some rhythm and asymmetry into it and it all came down to very little tiny things — nothing crazy. In terms of how we were placing people, we wanted some people sitting, some people standing, kids on parents’ laps, and that was a huge thing to get that realness out of it,” Lubomirski shared.

But the million dollar question is how he got the mini bridal party, made up of ten page boys and flower girls, to sit still and smile. “They were being bribed with one Smartie here, one Smartie there, so as soon as the kids came onto the set, I immediately just shouted out, ‘Who likes Smarties?’ and then everybody, hands up, smiles, even some adults put their hands up,” he confessed. “And so that was our magic word of the day, so thank you, Smarties.” 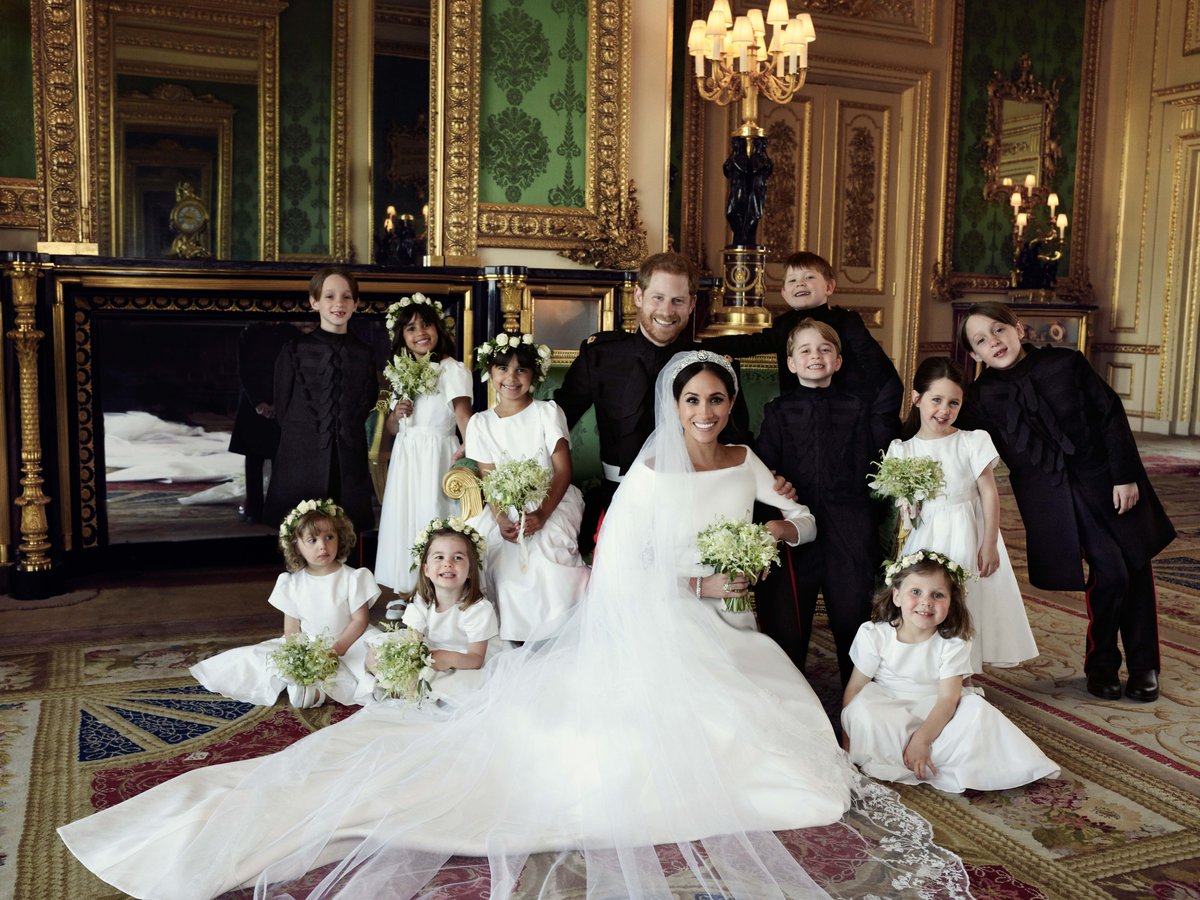 It was a hectic day for the fashion photographer, who also shot Meghan and Harry’s incredible engagement photos, but despite the challenge of doing six photo setups in a 25-minute time frame, he says there was always a “joyful” feeling in the atmosphere. “There were lots of smiles. It was like a family room after a wedding, you know some parents were trying to wrangle the children, other uncles and aunts were talking to their nephews and nieces. It was a family, that was essentially what it is.”

Lubomirski was originally connected to Meghan and Harry via Instagram in November after the couple announced their engagement. “It was nutty. It was a very surreal end to the year because it came out of nowhere,” he told E! News. “I think one of Meghan’s friends saw me on Instagram, that I was in England during the announcement of the engagement, and I was told later that this person said to her, ‘You should meet Alexi. He’s great. You’d love him,’ and that was it.” 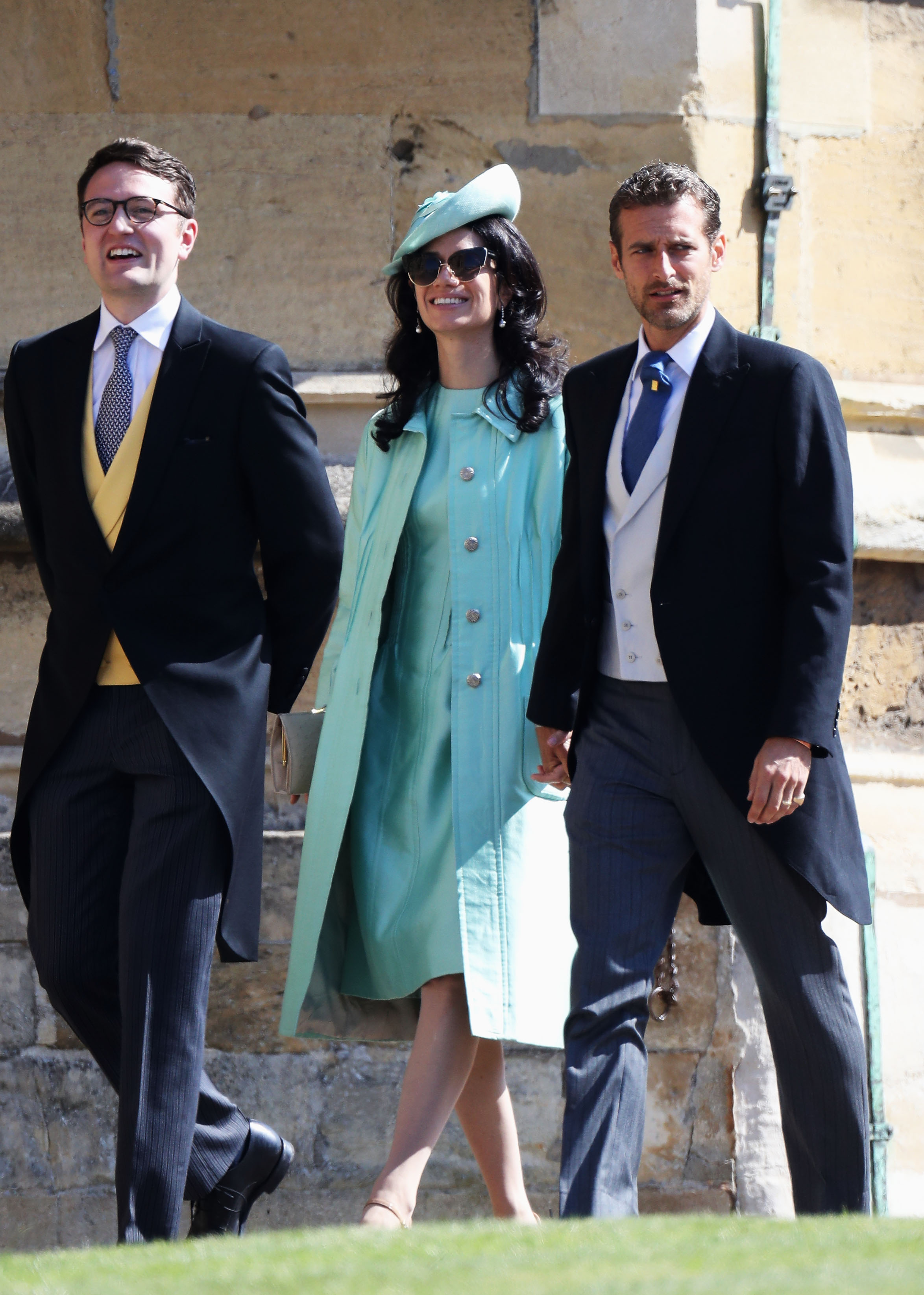 Why Meghan Markle Will Always Have to Curtsy to Kate Middleton