She’s on the mend! Just days after Shiloh Jolie-Pitt reportedly broke her arm during a snowboarding trip to Lake Tahoe, California, the preteen hit the red carpet with her famous mom, Angelina Jolie, and older sister, Zahara, 13. The fabulous trio stepped out at The National Board of Review Awards Gala in New York City on Tuesday, January 9, where Shiloh, 11, was photographed wearing a sling because of her injury.

According to People, Angelina, 42, and Brad Pitt’s daughter Shiloh “is fine” following the accident. “Mom was very grateful to the team who helped her,” a source told the magazine. Entertainment Tonight was the first to report Shiloh’s injury and originally alleged that she broke her collarbone. 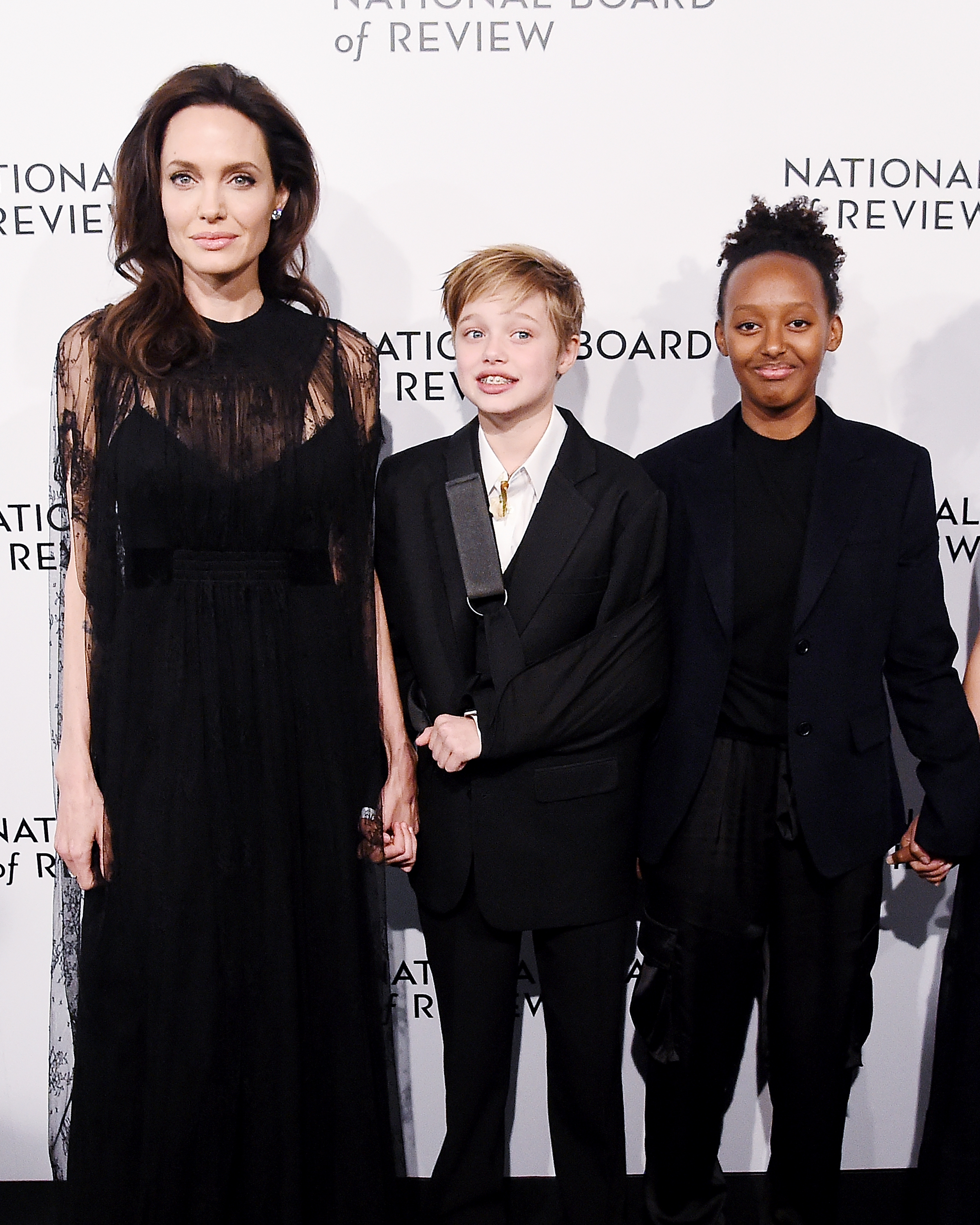 Shiloh isn’t the only Jolie-Pitt kid to recently take a tumble on vacation. In 2015, her brother Pax 14, got into a jetski accident in Phuket, Thailand, leaving him with a broken leg. At the time, Angie and Brad’s family — which also includes kids Maddox, 16, and twins Knox and Vivienne, both 9 — continued their adventure-filled vacation with activities such as mini-golfing, yachting, and swimming in the ocean despite Pax’s injury.

Since Brad and Angelina, unfortunately, announced their divorce in September 2016, the actress has stated she’s focusing on her family during this tough time. “I have had my ups and downs. I guess I am a little bit stronger. We all have our difficult times, but as a mother, you also have a responsibility first and foremost towards the kids. They are going through their formative years and everything else comes second to that,” she said in a previous interview.

Awkward! Jennifer Aniston and Angelina Jolie Are Both Presented at the 2018 Golden Globes (REPORT)

Jon Voight Has Made Peace With Daughter Angelina Jolie: “This Story Has Come Full Circle” (EXCLUSIVE)