Fans were heartbroken when Last Man Standing got canceled by ABC after six seasons in May 2017 but now, star Tim Allen has fueled more speculation that the show may be getting a reboot. “They heard all your voices people!! LMS just might be a reality. Keep it up. Who wants more #LastManStanding?” the 64-year-old wrote on Twitter on May 3.

The Hollywood Reporter also just revealed that Fox is already in early talks to revive the former ABC series for a seventh season. Sources told the outlet that Allen has signed on to reprise his role as lead character Mike Baxter on the reboot. This latest update comes after other popular networks said no to bringing Last Man Standing back to TV earlier this year. It was reported in mid-June that CMT was considering renewing the show on its channel, however, it was described as a “long shot.” Shortly after, Fox News reported that CMT wasn’t “moving forward” with the opportunity because they “couldn’t come to terms on the financials.” 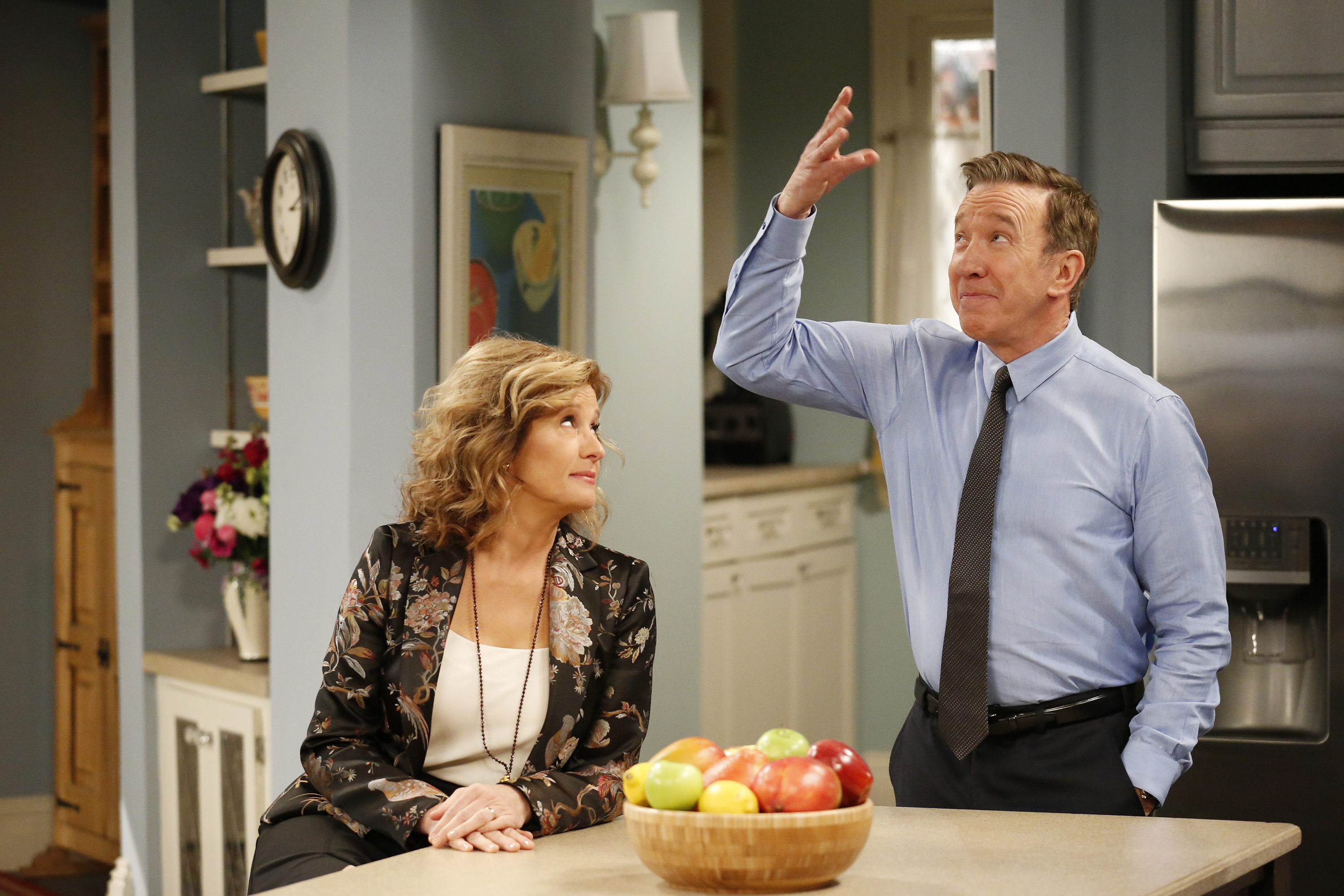 And CMT isn’t the only network that previously turned down Allen’s sitcom. Another insider told Fox News that NBC also shut down the opportunity “because they have too many shows.”

After the series got the boot from ABC a year ago, Allen took to Twitter to announce that he was not at all happy with the network’s decision. “Stunned and blindsided by the network I called home for the last six years. #LastManStanding,” he wrote on the social media platform. Following his remark, his followers were quick to wonder why the show got canceled.

Thank you to our wonderful #LastManStanding cast and crew! 👏👏👏

ABC credited scheduling conflicts as the reason for the cancellation. “A large part of these jobs are managing failure and we’ve made the tough calls and canceled shows that we’d otherwise love to stay on the air,” ABC entertainment president Channing Dungey said. “That’s the job. I canceled Last Man Standing for the same business and scheduling reasons that I canceled Dr. Ken, The Real O’Neals, The Catch, and American Crime. And Last Man Standing was a challenging one for me because it was a steady performer in the ratings, but once we made the decision not to continue with comedies on Fridays, that was where we landed.” Here’s hoping we get to see Season 7 of Last Man Standing someday, but we also wouldn’t mind a possible revival of Allen’s other hit show, Home Improvement!

See the Cast of ‘The Santa Clause’ Then and Now!