If there’s one thing we can likely all agree on it’s that Tim McGraw is seriously gorgeous. The 50-year-old looks better than ever today after a drastic weight loss, and in the past, the country music sensation has opened up about his decision to get back in shape — and revealed it had a lot to do with his choice to stop drinking.

If you can recall, Tim made headlines when he flaunted his abs in People back in 2013 after he made a big lifestyle change. “I drank too much. I partied too much. And did other things too much. Chemically,” Tim — who is married to Faith Hill — confessed to Men’s Health back in 2014. “When your wife tells you it’s gone too far, that’s a big wake-up call. That, and realizing you’re gonna lose everything you have. Not monetarily, not career-wise, but family-wise.” 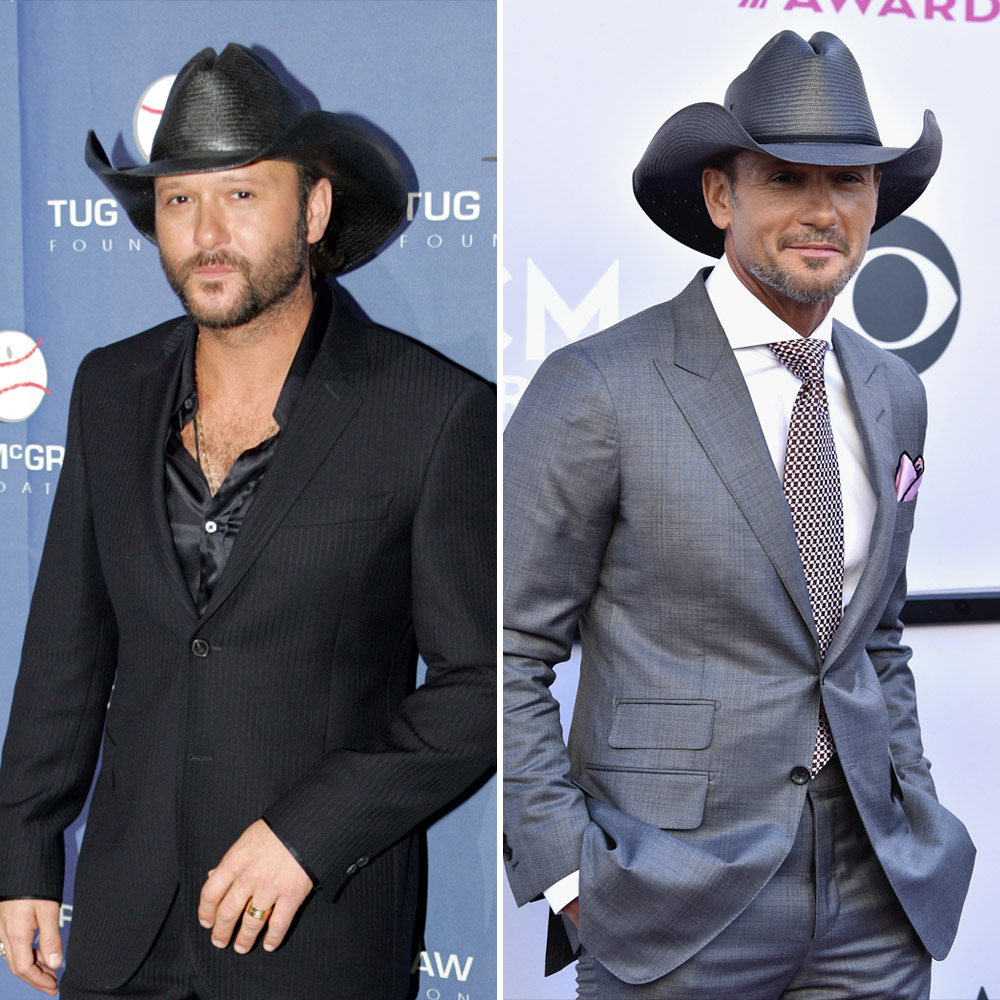 The duo is parents to three daughters: Gracie, 20, Maggie, 19, and Audrey, 15. “It got to the point where my kids were getting older, and it was way past the point that they noticed it. And I noticed that they noticed. That’s enough to straighten you out,” he shared.

Tim further opened up about the challenging time in his life. “I thought that I was at a point in my career where it was either time to give up, or not be the best you can be… and I felt like I was at sort of a crossroads of my life on all fronts,” he said in 2016, according to The Washington Post. “I wanted to control something, because I felt it was getting out of control, and I couldn’t control anything about all the things I worked so hard for. So I think the first thing I could grab and control was my physical well-being.”

“Working out is a great way to go out on stage,” the “Humble And Kind” singer once told People. “When I hit the stage, my adrenaline is going and I’m ready.”

Luckily, Tim looks back on the days before his weight loss and can laugh about it today. “I was looking at some old concert shots the other day. Man, my gut!” he told Men’s Health. “I was up there in a see-through shirt — I thought I was lookin’ good!” We think you look great both onstage and offstage, Tim!