When it comes to unforgettable romances, Queen Elizabeth and Prince Philip are the portrait of love and devotion. Their royal relationship runs rings around some of the great love stories of the 21st century.

And as they mark an incredible 70 years of wedded bliss, there’s still so much we never knew about Prince Philip and Queen Elizabeth. From their unexpected bedroom arrangements, to their adorable nicknames, and past power struggles — the pair continue to surprise us!

One thing that’s certain — these old-timers simply adore each other and have a seriously sweet way of showing it.

“He is someone who doesn’t take easily to compliments. But he has, quite simply, been my strength and stay all these years, and I and his whole family, in this and many other countries, owe him a debt greater than he would ever claim or we shall ever know,” the queen, 91, has previously said of her husband.

As for their secret to a successful marriage Philip, 96, says it’s all about having “tolerance” and “different interests.” Take notes, everybody! To celebrate their 70th wedding anniversary on November 20, we’ve rounded up the most fascinating and unknown facts about the couple!

This is how they’re preparing to say goodbye.

At 91 and 96 respectively, friends say the royal couple aren’t naïve to the fact that their time together is limited.

“They will be stiff upper lip in public and keep their own emotions behind. They are both deeply religious people, and it won’t take them by surprise,” a royal aid recently revealed to People.

Their faith and resilient nature will help them through their heartbreaking last chapter.

“Their life together has always been built on regular separations. They are not a soppy couple,” royal historian Robert Lacey added.

They’ll be together for all eternity. 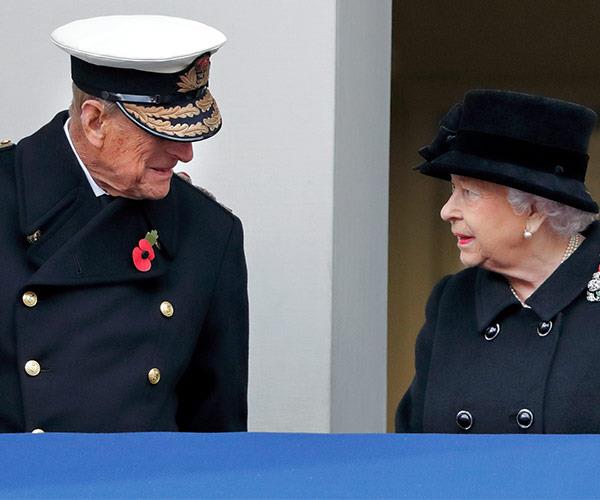 Their final resting place will be on the ground of Winsdor Castle, next to one another. (Photo Credit: Now to Love)

When it comes to their final resting place, it’s believed Queen Elizabeth and Prince Philip will be buried next to each other in Frogmore Gardens on the grounds of their beloved Windsor Castle.

Although a vast majority of past British monarchs are laid to rest in St George’s Chapel and Westminster Abbey, Queen Elizabeth’s parents and younger sister are all buried at St George’s Chapel at Windsor Castle. Queen Victoria and Price Albert are also buried on the site.

The blue-blooded crowd is a small world, and it turns out, the couple are second cousins once removed via their shared relative, King Christian IX of Denmark. They’re also third cousins through their shared great-great-grandmother, Queen Victoria.

Creepy, cute, or a little bit of both? You decide!

He always made sure dinner was on the table for the family while his wife was working.

Who needs chefs when you have Prince Philip?

That’s right, the father-of-four was an expert in the kitchen. According to author Ingrid Seward, who wrote My Husband and I: The Inside Story Of 70 Years Of Royal Marriage, Philip always cooked dinner for Prince Charles, Princess Anne, Prince Andrew, and Prince Edward while the queen was on duty.

When his partner in crime was home, he loved to cook breakfast for her, and was famous for his omelettes, scrambled eggs, and smoked haddock. 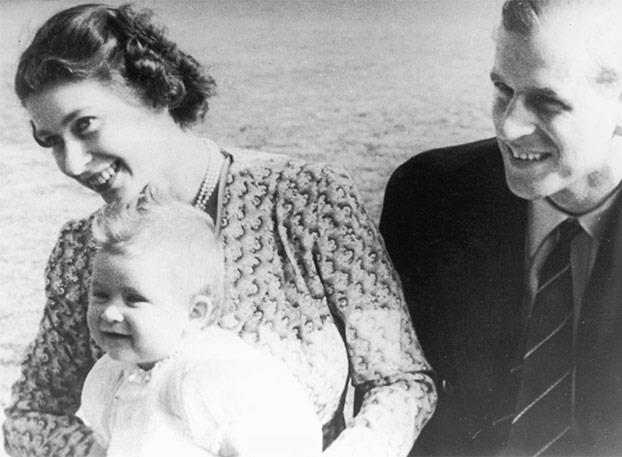 Prince Philip, pictured with The Queen and Prince Charles in 1949, cooked for the whole family. (Photo Credit: Now to Love)

The Huge Gesture Philip Pulled off on Their Wedding Day

They say marriage is all about compromise, and knowing how much his wife-to-be hated smoking, a then Prince Philip of Greece and Denmark gave up the cigarettes cold turkey on the morning of his wedding! No patches, no nagging, just plain old commitment.

What a good guy!

They sleep in separate beds.

Yes you read that right. Apparently a lot of posh people actually prefer to sleep in separate beds, including the queen and her man.

As etiquette expert Lady Pam and the queen’s cousin explained in a biography about her relative: “In England, the upper class always have had separate bedrooms. You don’t want to be bothered with snoring or someone flinging a leg around. Then when you are feeling cozy, you share your room sometimes. It is lovely to be able to choose.”

Clearly their approach paid off, they’re parents to four children after all. 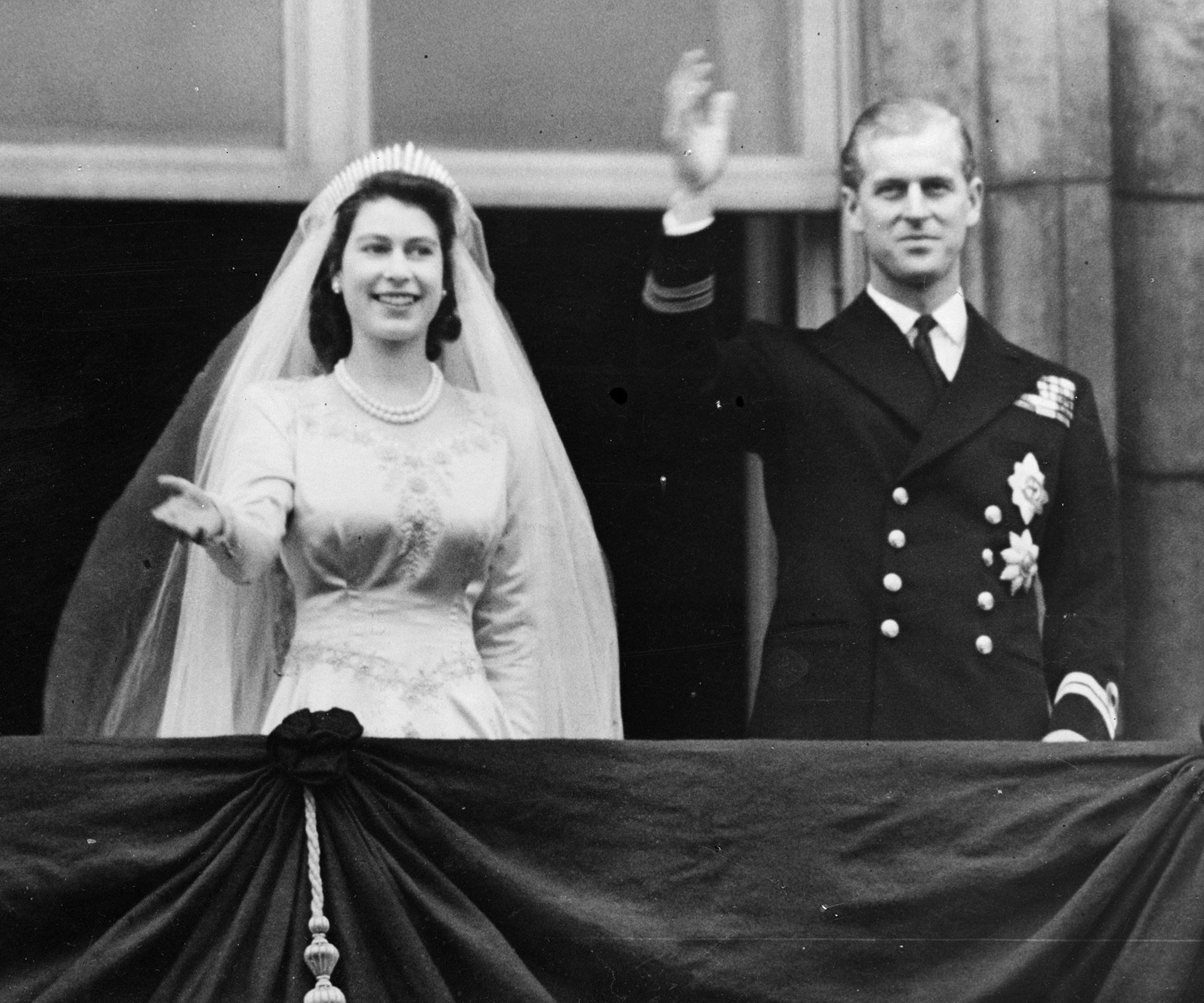 There was a big brouhaha over Philip taking on the queen’s surname.

Anyone who has watched The Crown understands this. And it’s not just fiction, the history books prove this, too. Much to his dismay, Philip abandoned his title Prince Philip of Greece and Denmark and became Lieutenant Philip Mountbatten. He also changed from practicing Greek Orthodoxy to Anglicanism.

Between 1947 to her accession in 1952, Elizabeth briefly took on the title Princess Elizabeth, Duchess of Edinburgh to try and keep the peace.

Philip’s nicknames for his other half are adorable.

“Cabbage,” “Darling,” and “Lilibet” are just a few of the sweet titles Prince Philip has for his girl. The Queen filmmaker Peter Morgan says he has it “on good authority” that “Cabbage” is the preferred nickname Philip uses. “I inquired in royal circles and was told on very good authority that that is what the duke sometimes calls the queen,” he said.

The term apparently derives from the French saying “mon petit chou,” which means “my darling” and translates to “my little cabbage” in English. 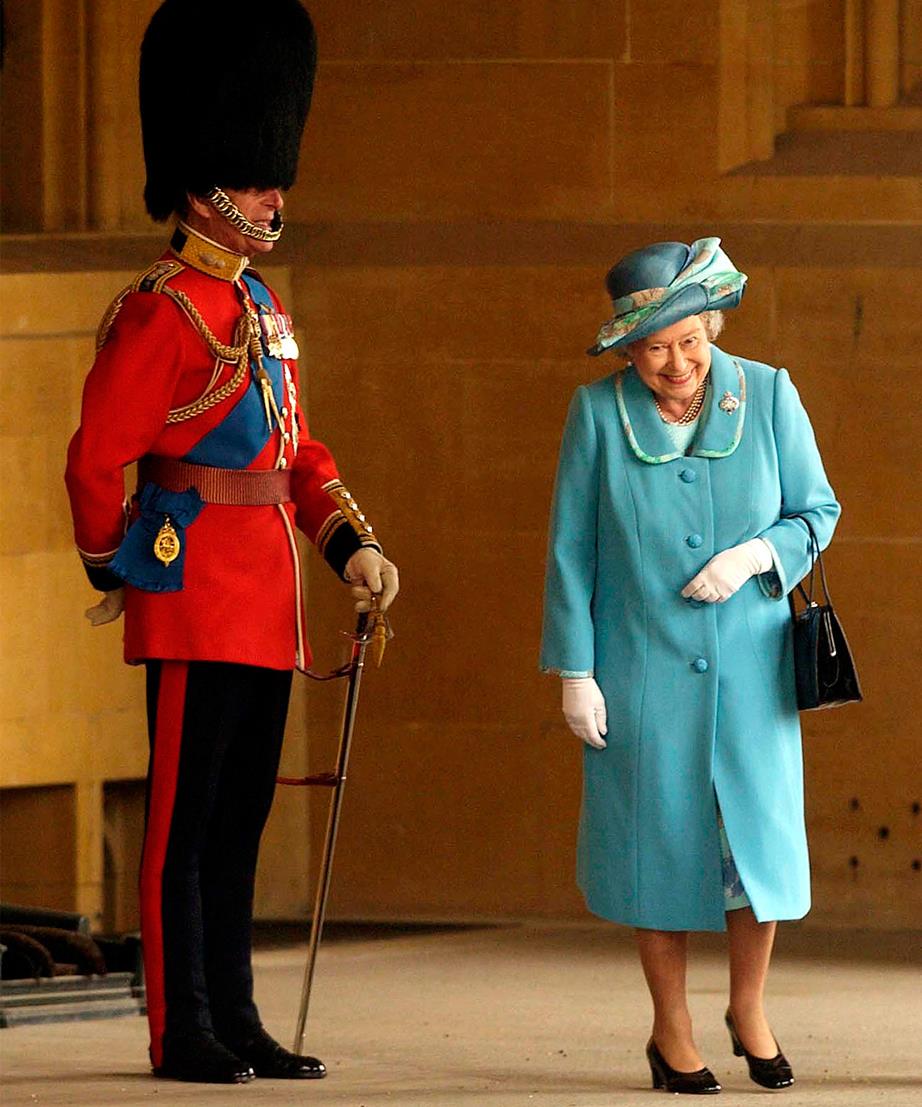 They were destined to be together.

Like something out of a movie, their paths first crossed in 1934 at the wedding of Elizabeth’s uncle Prince George, Duke of Kent, to Princess Marina of Greece and Denmark. She was only 8 at the time, he was 13, and it was love at first sight. Three years later, when she was 13 and he was 18, they had another chance encounter and began to keep in touch by writing to each other while Philip was away in the military.

In newly-surfaced letters that were auctioned in 2016, Elizabeth wrote about the struggles of long-distance lamenting: “I was 13 years of age, and he was 18 and a cadet just due to leave. He joined the Navy at the outbreak of war, and I only saw him very occasionally when he was on leave — I suppose about twice in three years. Then when his uncle and aunt, Lord and Lady Mountbatten, were away, he spent various weekends away with us at Windsor. Then he went to the Pacific and far East for two years.”

Social media has seriously killed the art of letter writing. 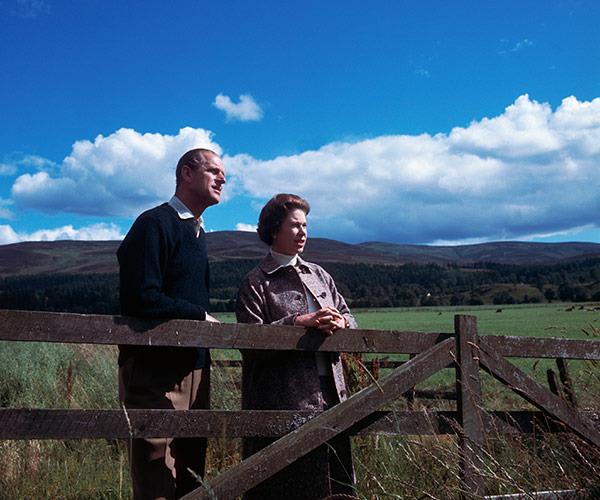 Rare letters between the couple show just how much they adore one another. (Photo Credit: Now to Love)

They were head over heels from day one.

During their honeymoon at the Mountbatten estate Broadlands in Hampshire, the newlyweds both wrote to their family to express their love and gratitude towards their new spouse.

“I only hope that I can bring up my children in the happy atmosphere of love and fairness which Margaret and I have grown up in. We behave as though we had belonged to each other for years! Philip is an angel — he is so kind and thoughtful,” Elizabeth penned to her parents.

While a loved-up Philip beamed to his aunt: “Cherish Lilibet? I wonder if that word is enough to express what is in me. She’s the only ‘thing’ in this world which is absolutely real to me, and my ambition is to weld the two of us into a new combined existence that will not only be able to withstand the shocks directed at us, but will also have a positive existence for the good.”

They really don’t make them like this anymore! Romantic, loyal, and utterly in love — a huge congratulations to Queen Elizabeth and Prince Philip on this inspiring milestone.

Prince Charles Steps in for Queen Elizabeth on Remembrance Day

12 Queen Elizabeth Facial Expressions Every Grandma Can Relate To