An engagement ring is a very public display of affection for the one you love, and who does PDA better than celebrities? It’s one thing to wear a flashy ring, but it’s another thing entirely to sport a unique engagement ring.

Two bridal jeweler specialists spoke to Now To Love and shared their thoughts on the most unique celebrities engagement rings to hit the scene in 2017.

Tanya Dukes, jewelry & fashion editor and stylist, and former accessories editor at Brides magazine, had two major winners when it came to an engagement ring.

Bee Shaffer, the daughter of Anna Wintour, editor-in-chief of Vogue, got engaged to Francesco Carrozzini, the son of late Vogue Italia editor Franca Sozzani in March of this year. The ring presented by Francesco matches what is said to be one of the most memorable and fashionable weddings of all time.

Shaffer’s most valuable jewel has a vintage feel and boasts one circular centered diamond surrounded by a dozen smaller ones. It is set on a yellow gold band, which has proven very popular this year. 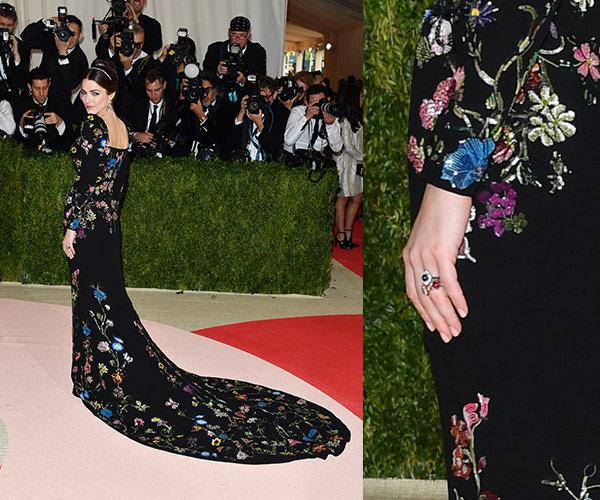 Bee Shaffer and her ring. (Photo Credit: Now to Love)

Meghan’s ring is about as classic as they come. The round stones that flank the center cushion-cut stone are sourced from jewelry that once belonged to Princess Diana. The use of family heirloom diamonds was a lovely gesture that allowed Prince Harry to incorporate his mother into his wedding preparations. 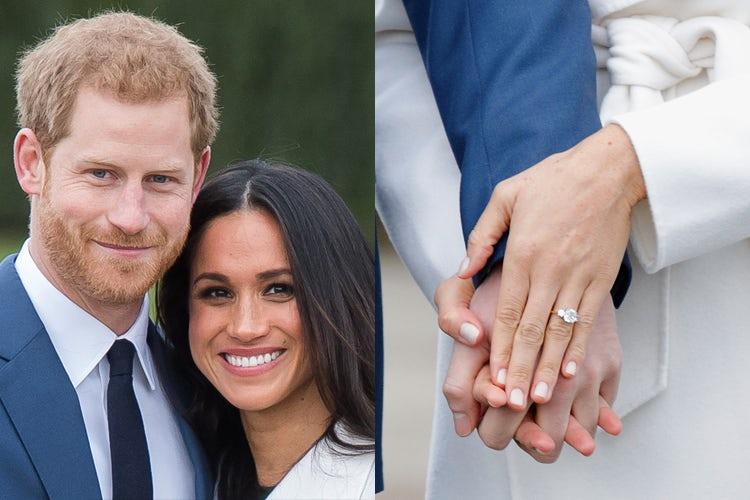 It was clear that Prince Harry put a lot of thought into the stone he chose, as he sourced the center diamond from Botswana, one of his favorite places. Botswana is a beautiful country that has been positively transformed by the diamond industry into one of Africa’s most stable and prosperous nations.

Grant Mobley, a gemologist and director at Pluczenik, one of the world’s leading diamantaires, had three major celebrity standouts when it came to unique engagement rings in 2017.

Jesse Plemons popped the question to Kirsten Dunst last January with an oval-shaped center stone diamond solitaire set in a yellow-gold band and flanked by two baguettes. The style of the ring is consistent with her own style as she prefers distinctive, smaller pieces. 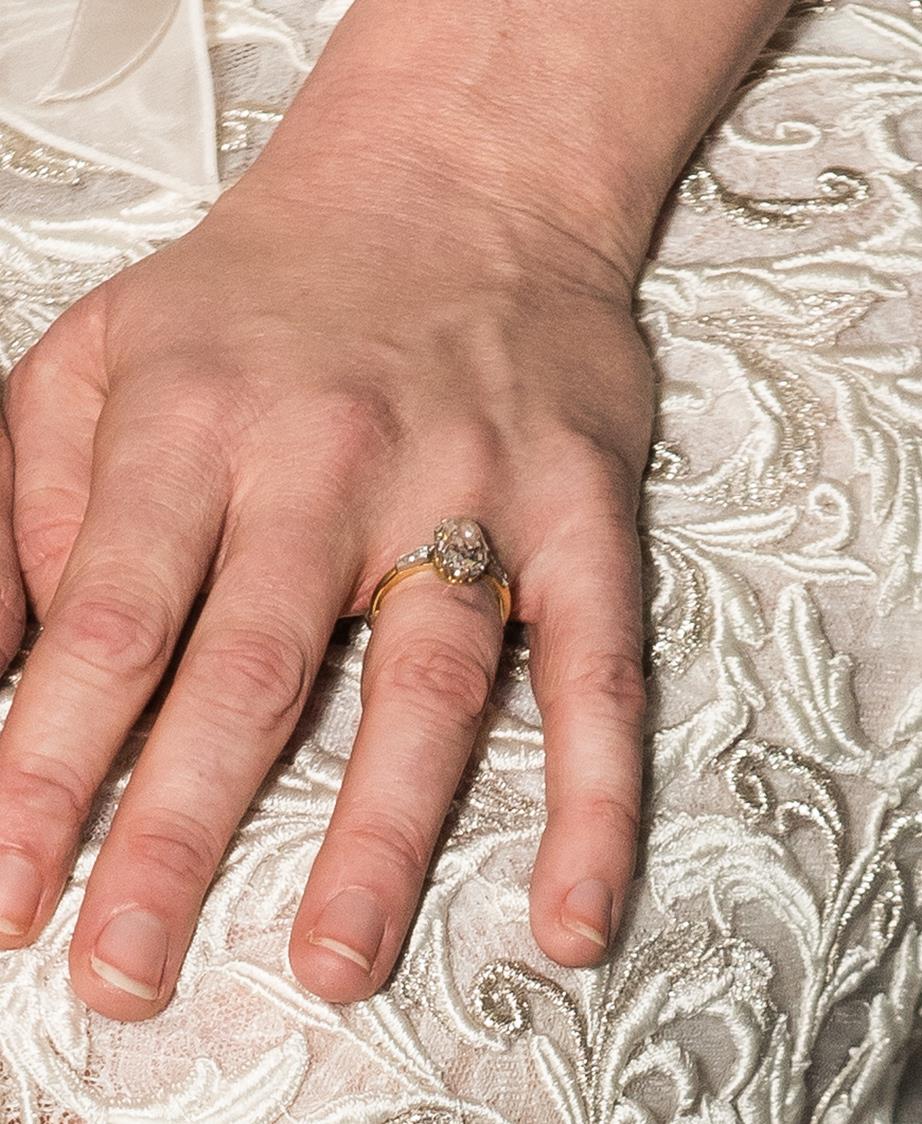 The center stone appears to be about three carats. Although specific details of the stone are needed for a very accurate price, the approximate value would be around $46,000. This ring, which has an oval diamond in a simple yellow gold setting, is a beautiful break from complicated and busy modern settings that have been more popular in recent years.

Rapper Cardi B, who got engaged in October, showed off one of the most spectacular celebrity engagement rings of 2017, with a staggering price tag of approximately $383,000.

Her ring, which is custom made in a raindrop shape, features an eight-carat center pear shape diamond, with two half-carat pear shape diamonds on the sides, and two carats worth of pink and white diamond halos. Pink diamonds are among the rarest of all diamonds the majority of which are found in Australia. 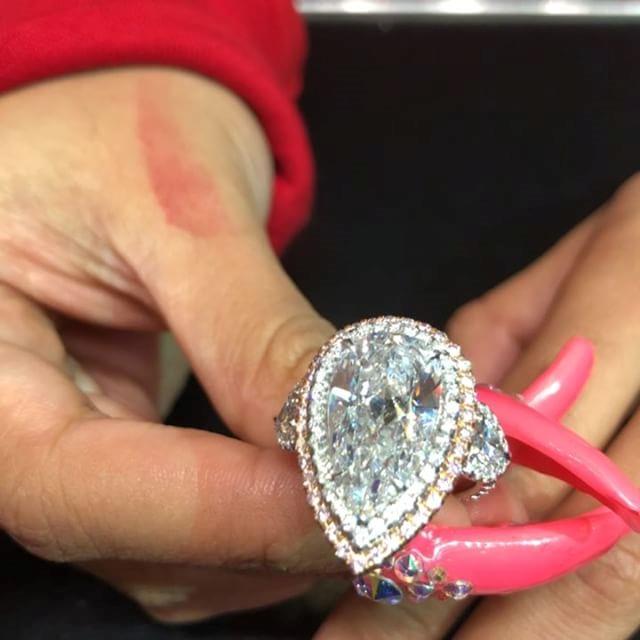 The addition of pink colored diamonds along with the huge size of the center stone is certainly what sets this ring apart from almost any engagement ring out there. It is unique, classy, stylish, and incredibly valuable.

Popular 2000s singer Michelle Branch also got an honorable mention in the engagement ring stakes. Branch announced her engagement to Black Keys drummer, Patrick Carney, in July and now has a unique, art deco-inspired ring on her wedding finger. 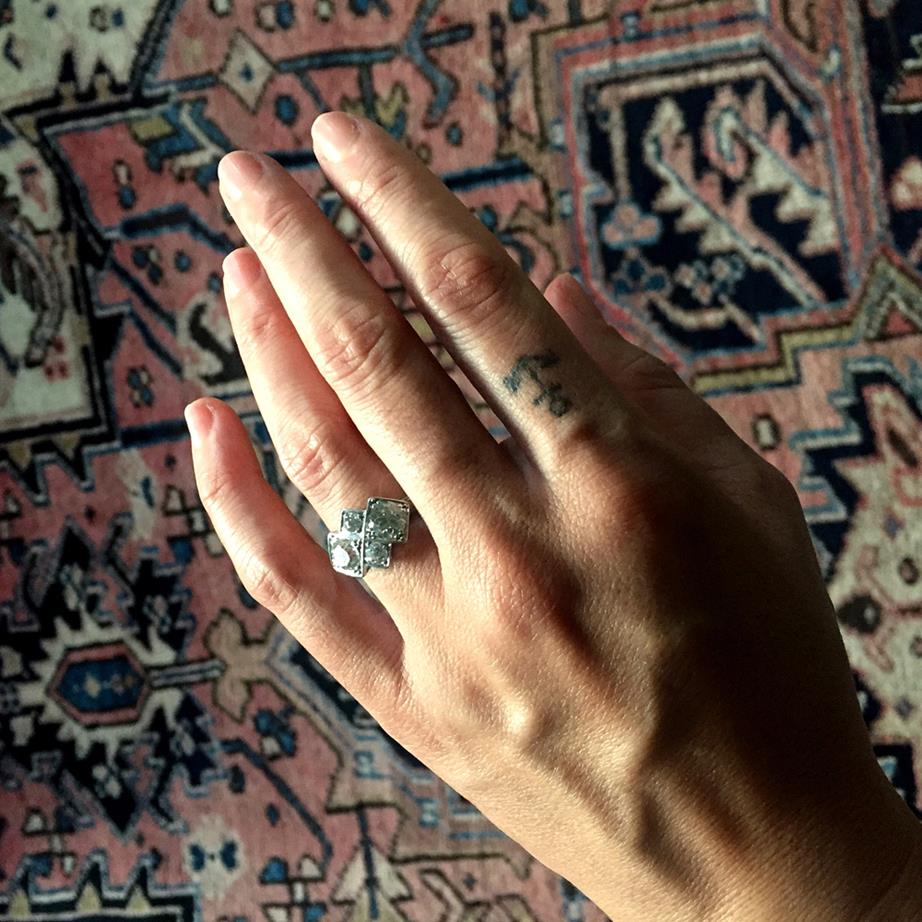 Art deco rings like hers are prized for their timelessly modern good looks. It is difficult to get a more unique ring, which features two round diamonds, around one carat each, and two additional smaller round diamonds. All of the stones are in square settings that fit together like a jigsaw puzzle. This amazing ring looks both antique and futuristic.

Kate Middleton’s Wedding Scent Was a Tribute to Princess Diana

Bride Gets Photobombed by Smiling Horse at Her Wedding

Groom Saves Drowning Child on His Own Wedding Day