One Day at a Time star Valerie Bertinelli is so masterful in the kitchen that her son, Wolfgang Van Halen, 26, isn’t above pulling a fast one to get his favorite dish. “He loves my turkey meatball soup when he’s not feeling well,” Valerie tells Closer Weekly. “He sometimes pretends to be sick just so I’ll make it for him!”

Well, the kid’s got great taste: His mom has seven seasons of her own Food Network show under her apron, and her new book, Valerie’s Home Cooking: More Than 100 Delicious Recipes to Share With Friends and Family, showcases her culinary prowess. “Being in the kitchen is like home for me, because I’m the boss and I call the shots,” Valerie, 57, says of her lifelong passion, which she actually prefers over acting. “I’m in control of what I’m doing and what I like.”

Her friends are liking what she’s doing, too. “The last person I cooked for was William Shatner,” Valerie shares. “He’s my neighbor, and we always go to his house to watch Monday night football. I brought over my love cake — and I was very excited he loved it so much!”

Though she cherishes her days on One Day at a Time and Hot in Cleveland, “Growing up in show business kind of drains you,” Valerie says, revealing that the pressures of acting were overwhelming at times. “If you take the wrong role,” she notes, “it can haunt you forever.” But in the kitchen, “There are no mistakes! I don’t have to be perfect and sometimes a mistake can lead to a great dish. Cooking is all about evolving and changing.” 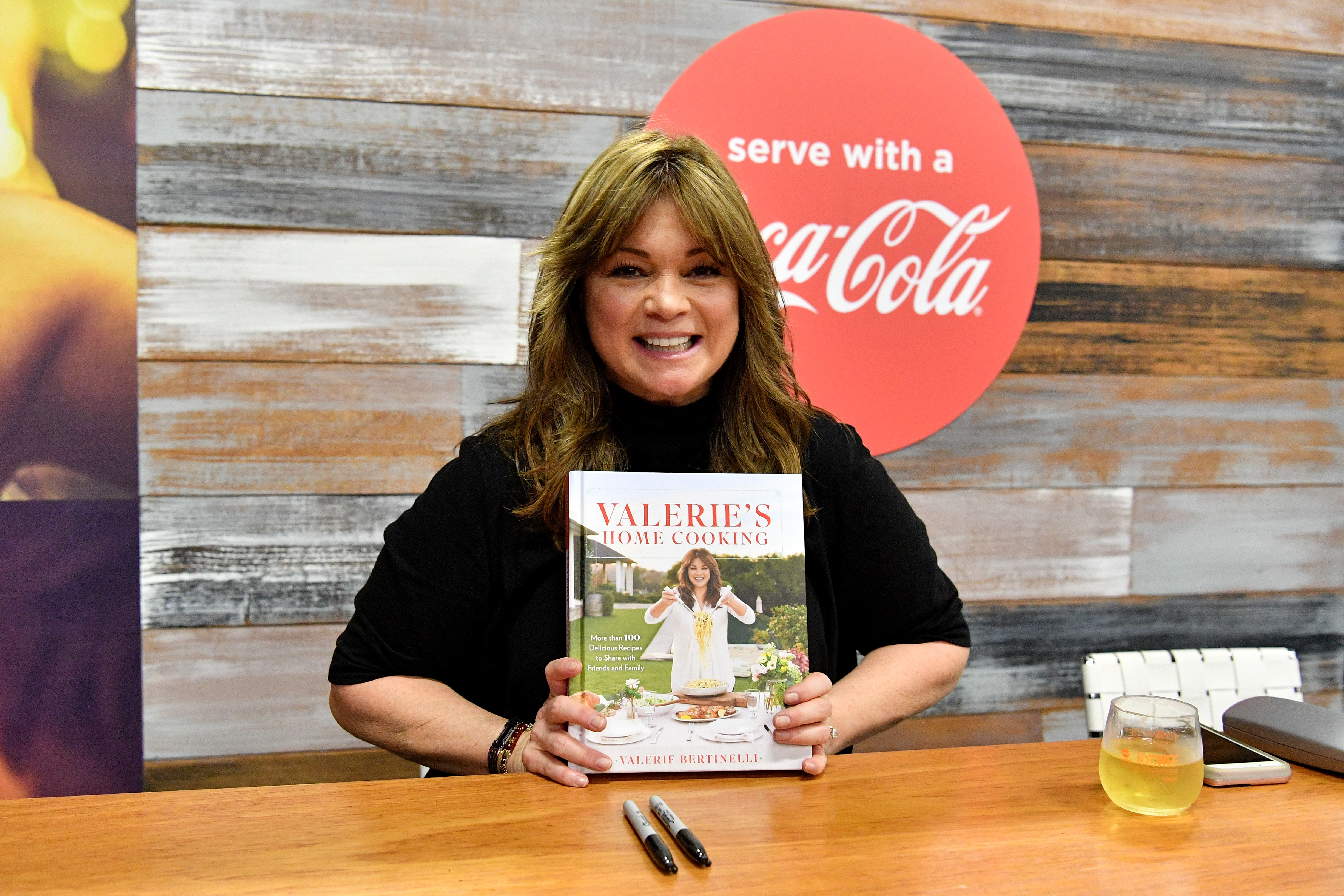 When shooting her show, Valerie can spend up to 12 hours a day around food, which might seem risky given her public struggles with her weight. “It’s a challenge,” she admits, “but I’m trying to just focus on having a healthy body. I like where I am now. It’s healthy and it’s me!”

With her fresh attitude — and her Bertinelli Wine Estates line that’s just launched — the reenergized Valerie is having the time of her life. “I’m at the point where I’m fearless, like I was in my 20s,” she beams.

Valerie Bertinelli Opens up About Her Weight Loss Struggles

Valerie Bertinelli Reveals the Secret to Spicing up Her Marriage (EXCLUSIVE)