This essay was written by Lisa A. Beach and originally appeared on www.GrownandFlown.com. It has been republished here with permission.

My heart both rejoices and breaks every year when we celebrate my firstborn’s birthday.

I rejoice when I think back to my son’s earlier birthdays when he was about 4 or 5 years old. Each year he’d pick a new theme for his birthday party, reflecting his current favorite passions. One year, he loved Blue’s Clues. Another year, trains. The next, magic.

Weeks prior to my son’s birthday, I’d plan fun activities, crafts, games and goodie bags to go with the year’s chosen theme. Yes, I was that mom. Even in the days before Pinterest, I loved collecting ideas of how to make every DIY birthday feel special for my son and his friends.

MUST-SEE: Little Boy’s Autism Made it Difficult to Attend Parties. Then He Received This Touching Invitation That Brought His Mother to Tears

No matter the theme, each birthday party shared one thing in common: a group of friends from preschool or elementary school at our home helping my son celebrate his big day. They played silly games in our living room, ate cake on our back porch, and chased one another in our backyard. Laughter filled the air against the noisy backdrop of the slightly uncontrolled chaos of a kids birthday party. To see my son’s face light up, to know he felt valued and accepted by his friends, to hear the shared laughter – that was a birthday gift in itself.

My heart swells with happiness when I look at photos of preschool party-goers standing next to the life-size, wooden Bob the Builder cut-out my husband created for a party photo opp. And I can’t help but smile when I watch the video of birthday attendees wearing their hand-crafted cardboard box race cars as they zoomed around our backyard crashing into each other. Those truly were the happiest of birthdays.

MUST-SEE: Boy with Down Syndrome Only Child Excluded from Birthday Party, Distraught Mother Does Something Extreme

Around sixth grade, we began to notice my son’s friends slowly drifting away, one by one, like balloons just floating up into the sky, forever out of reach. They stopped inviting my son to their birthday parties, to go to the movies or to just hang out. By high school, social invitations ceased to exist, except from the neighborhood teen whose family we’ve known since our boys were toddlers. Not only did my son’s old friendships fade away, but new friendships weren’t taking their place. A gaping social hole existed in his life.

Around ninth grade, we discovered that my son—always a shy, socially awkward kid—has Asperger’s Syndrome. He’s a talented artist and a smart kid, even qualifying for the gifted program in elementary school. Although quirky, he was such a high-functioning kid that we didn’t connect the Asperger’s dots until high school. With social and communication difficulties at the crux of Asperger’s, this autism-spectrum disorder often spells a death-sentence to a child’s social life and delivers a devastating blow to self-confidence. Being socially awkward and missing out on the hidden nuances of body language, facial expressions, and social cues, people with Asperger’s struggle to connect with others, making it difficult to make and keep friends. 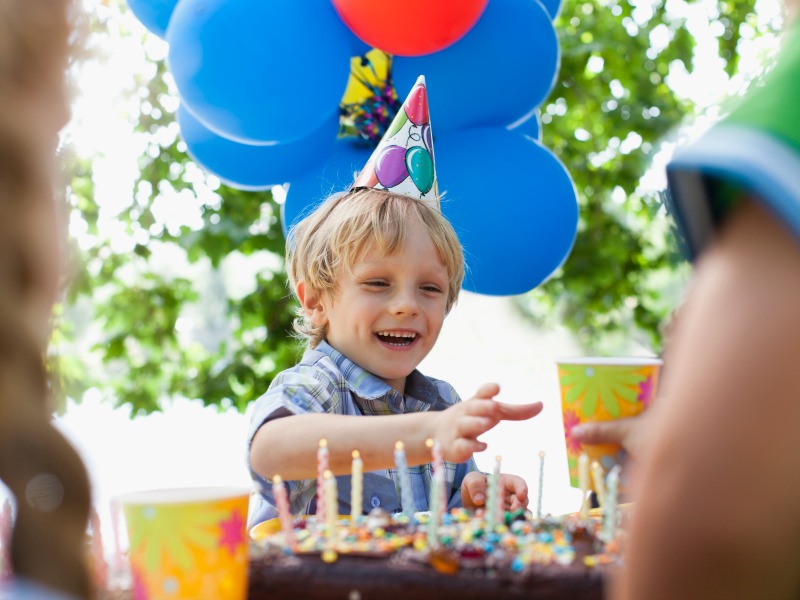 And this brings me to the bittersweet tinge of celebrating my son’s birthday. Every year since 5th or 6th grade, birthday parties have gotten noticeably smaller. In preschool, a dozen or more kids filled our back porch at birthday parties. By middle school, we could fit the entire birthday party (including our family of four) in our Honda Odyssey. The very last birthday party was an awkward gathering with two of my son’s friends who knew (but did not like) each other.

MUST-SEE: A Heartbreaking Note on His Nursing Home Bedroom Door Went Unaddressed for Months. Then, Strangers Burst in to Answer It

Painful to watch, it was like a page right out of Agatha Christie’s novel And Then There Was None, as one by one, the attendees vanished from our once-burgeoning RSVP list. The heartbreak of it all actually mirrored a scene in the 1991 movie Little Man Tate, where seven-year-old Fred Tate (whose intellectual and artistic giftedness made him not fit in with his peers) threw a birthday party and no one showed up. You could just see the anguish on the face of his mom Dede (played by Jodie Foster). Fred could be my son, and I could be Dede Tate.

I am mourning the birthdays of yesteryear filled with two dozen cupcakes, party bags, Pin the Tail on the Donkey and squeals of laughter in my backyard. I am yearning for those long-ago days when my son felt accepted and included by his peers. I am missing the days when birthdays felt 100% like the celebrations they should be.

As my son’s birthday approaches each year, I still cry a little inside for what should be the happiest day of the year for my son. I must admit, those middle and high school years pummeled my heart when my son’s birthday rolled around, making me cringe at the shrinking circle of friends who no longer issued or accepted a party invitation. Parties once populated by friends have been replaced by family-only celebrations.

Her Autistic Cousin’s Birthday Party Was a Disaster Last Year. But When She Shared This Photo, Something Incredible Happened

But I also celebrate my son, now 19 and, in college, as he prepares for the next phase of his life. I am his biggest cheerleader and in awe of the man he is turning into, as I watch his self-confidence slowly rebuild. And I silently thrill at the flicker of college friendships I see beginning to take shape.

Birthdays serve as bittersweet reminders, now and forever, to be my son’s best friend, regardless of whether or not anyone else steps up to fill that role.

Lisa Beach is a freelance journalist and copywriter. Check out her writer’s website at www.LisaBeachWrites.com.

Stranger Pays for Grieving Woman’s Groceries. Then, Her Daughter Tracks Him Down at His Job