Born three months early and with a birth defect, Crosby Gebura was called a “miracle NICU” baby. Now, he’s happy and getting healthier, but the big smile plastered on his face belies the struggles he and his family have gone through. That’s why his latest milestone — reaching his second birthday — is so much more special.

“You can’t get too high or too low. It’s a roller coaster, it’s a marathon. You somehow have to find the joy in being a parent and try not to worry about the health part,” Justin Gebura, Crosby’s dad, told TODAY.

In the spring of 2015, Courtney Gebura’s pregnancy was progressing normally until she reached the 12-week ultrasound. Doctors told her that her son had a birth defect called omphalocele — a condition that affects the baby’s abdominal wall, causing organs such as the liver and intestine to remain outside of the body in a sac. An omphalocele is rare; according to the National Institutes of Health, roughly 2 in 10,000 babies are born with this condition. Courtney gave birth to Crosby on Sept. 21, 2015, and he weighed only two pounds and eight ounces. 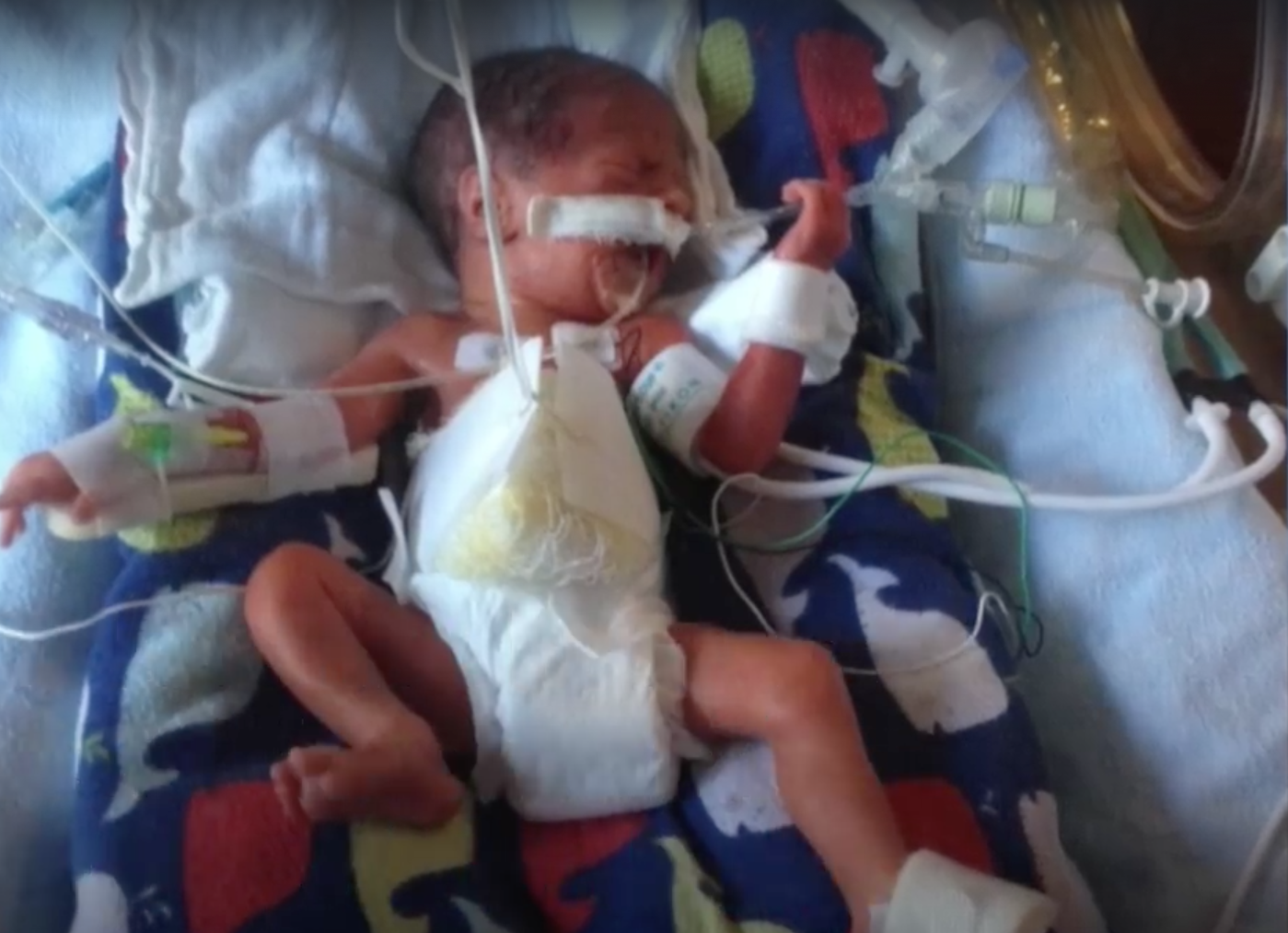 “He was moving, he was kicking, he was feisty from day one, which was definitely going to help us out on that long journey,” Justin remembered.

Being a preemie is tough, neonatologist Dr. Ricardo Rodriguez said, and Crosby’s birth defects made his chance of survival even tougher. A week after his birth, Crobsy’s condition suddenly deteriorated and he suffered a pulmonary hemorrhage. The bleeding in his lungs sent him into a cardiac arrest, and doctors had to delicately perform cardiac compressions on his tiny body with only a finger. Thinking she might lose her son, Courtney called her husband and told him he needed to get to the hospital immediately.

Doctors kept Crosby on a ventilator — which was cutely decorated with an orange fish — but a week after the first incident, Crosby flatlined and needed blood transfusions. Shortly after he turned 1, his lung collapsed, requiring more surgeries. Poor little Crosby also dealt with digestive issues, a cold, and even more operations, but he beat them all. 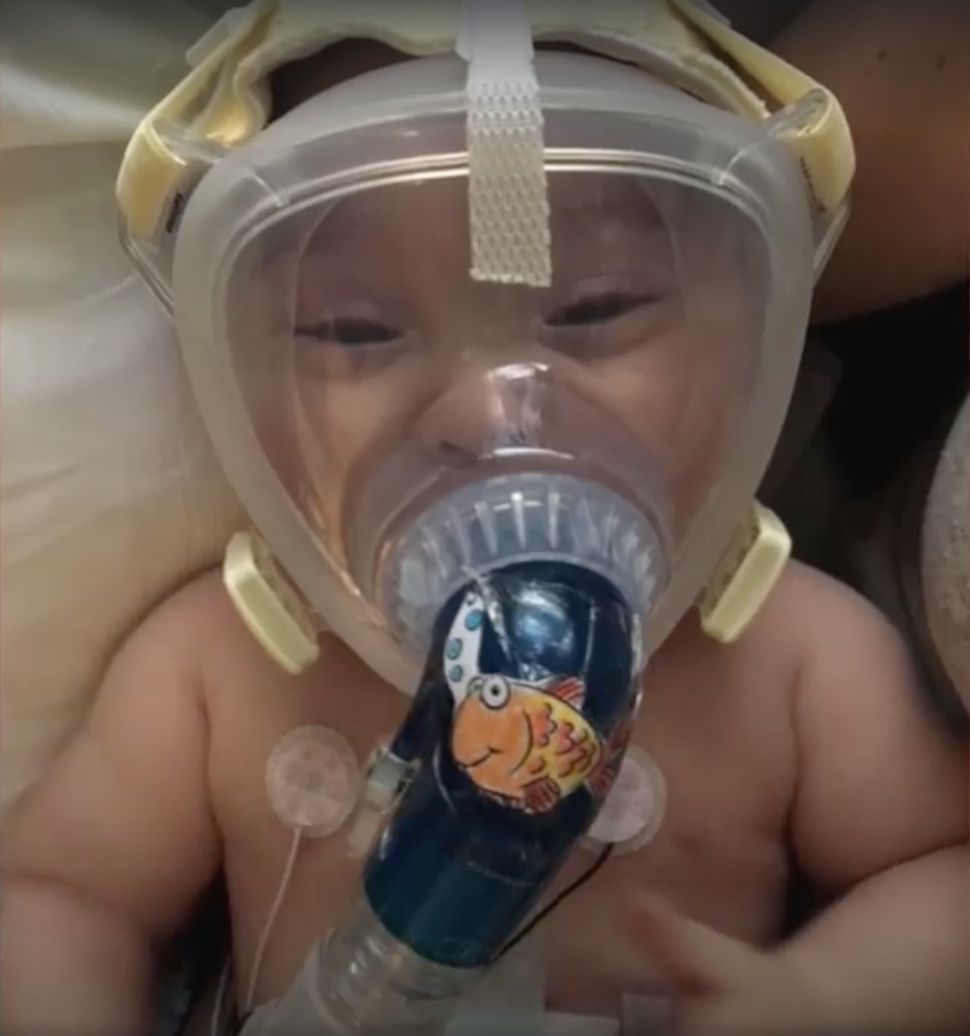 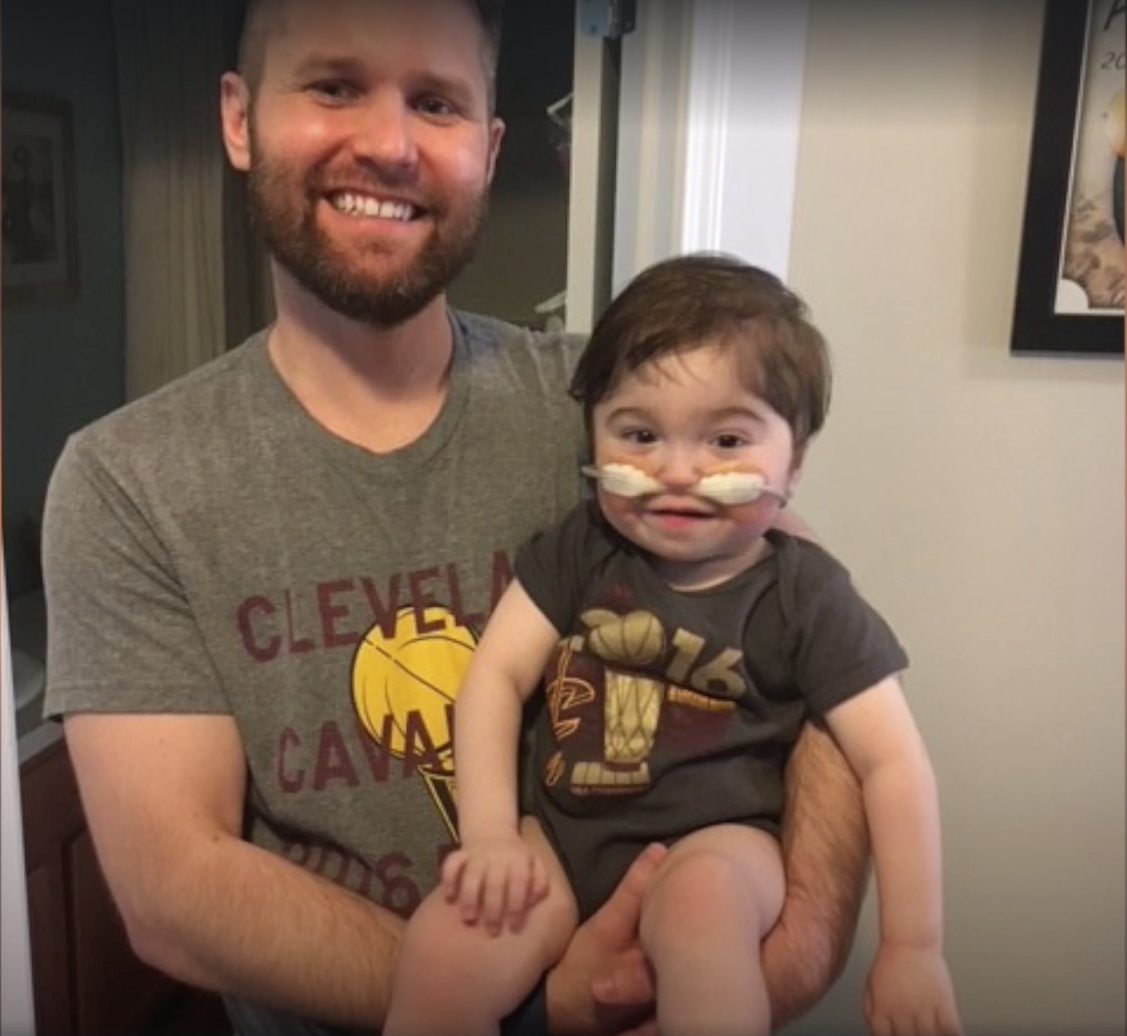 In May, he and his family finally left the hospital after their 19-month stay — the longest in Cleveland Clinic Children’s history. Now, at 2-years-old, Crosby is getting better. He’s hitting milestones like other healthy babies, and his parents couldn’t be happier. Happy Birthday, Crosby! We hope you have many, many more!

Watch the video below to learn more about his journey.