In America alone, it is estimated that 5.5 million people are living with Alzheimer’s disease.

Dementia is the sixth leading cause of death in the U.S., with 10 percent of the population aged 65 and older having the disease. The disease has some very real and devastating effects on an individual’s friends and family.

Reddit user Wuillermania had no idea that by giving a little insight into her family’s private struggle with Alzheimer’s, one picture would bring so many people together. Wuillermania posted the photo to Reddit after she found a bag of odds and ends her mother had crocheted after she got sick. 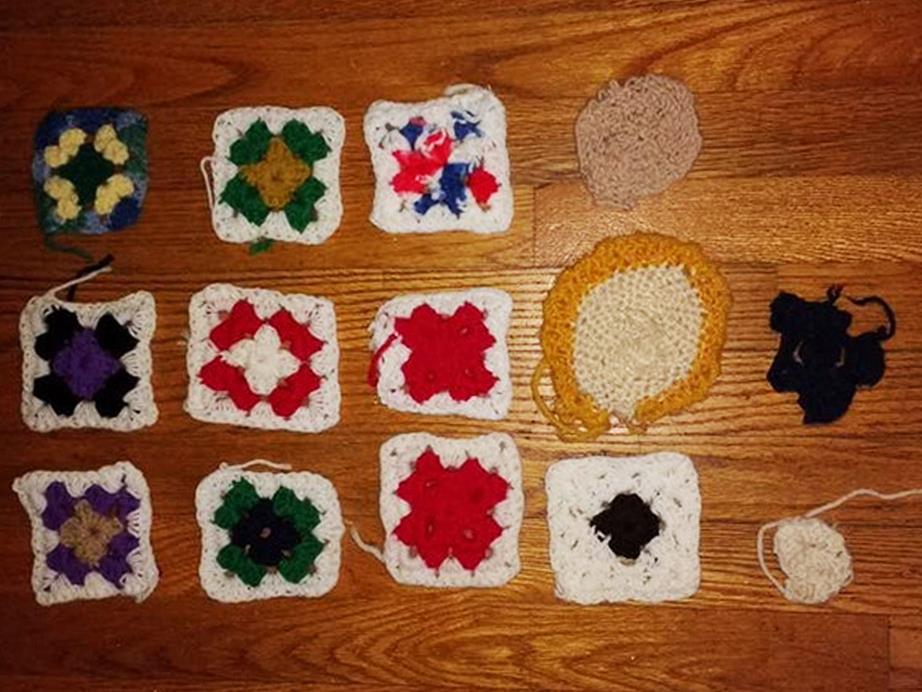 “It has been years since she was able to do this, and while I knew how her ability declined, it was really the first time I looked at it all together,” Wuillermania reveals.

“I was compelled to lay them out in a way that tracked the progression and take the photo. I admit that at the time, it was overwhelming for me, but I truly didn’t expect it would resonate with people the way it did. I will never get over having my mother taken away, but at this stage, I want to do whatever I can to teach people about this disease and hopefully let someone else who’s going through this know they’re not alone.”

As Wuillermania’s mother’s condition worsened, it became harder to care for her. She and her father had to move her mother into a home where she can get full-time care. She’s still there now, and it’s unquestionably tough on the Reddit user and her other family members.

“Her hospice care is in-home. She has been at home throughout the duration of her disease. That being said, I don’t think people who need to resort to out-of-home care should be shamed if they’re not able to provide that support at home.”

“I cannot properly express how exhausting and time extensive and physically/mentally draining providing this level of care can be. On top of that, it can be financially debilitating, and for many, it is the only option.”

And if this hasn’t brought you to tears, don’t worry, this next part will hit you right in the feelings.

“I can’t call my mom up anymore and get her advice on how to properly wash something or gossip about something that happened I thought she’d appreciate, but I’m still learning things from her. She’s taught me what devotion and loyalty are. She’s taught me what it means to love unconditionally, what ‘through sickness and in health’ can entail.”

“I truly wouldn’t wish this on anyone and would do anything to reverse what’s happened, but I also can’t say I haven’t become a better, more compassionate person with a deeper love for her and the rest of my family for sticking by her.”

In response to the overwhelming response to her story, Wuillermania asks others to donate to charities and organisation working to fight against the disease. Our thoughts are with Wuillermania and her family at this difficult time.

How a Puppy Saved My Mom With Alzheimer’s

She Planned Her Wedding in 25 Days, So Her Mom With Alzheimer’s Could Come