No parent wants to stand by while helplessly watching their child enduring any type of mental or physical harm. Well, thankfully for one Queensland, Australia family, it was the swift actions of Lily Kay, a teenage girl working at McDonald’s in the Brisbane suburb of Underwood, who managed to save their young boy’s life.

As reported by Channel 7, Jodi Burgess and her husband were going through the McDonald’s drive-thru when their baby boy, Benji, who had been unwell earlier on, started making strange noises.

It was then that Jodi saw Benji’s feet shaking. 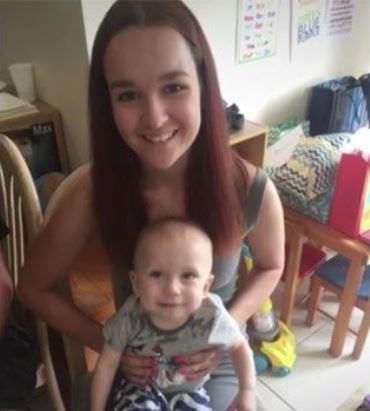 Lily was serving the family at the drive-thru window at the time and instantly ran to the car to help the young boy, who was, in fact, suffering from a seizure. Lily, a student paramedic, tended to the baby in what Jodi is calling “divine intervention.”

“It felt like forever, when he did finish seizing, I just checked he was breathing, made sure he wasn’t swallowing his own spit, and rolled him on the side and things like that,” Lily recalls. Benji was then rushed to hospital, where doctors had found that he had a virus, which that had caused his seizure.

In a touching turn of events, the Burgess family have stayed in touch with Lily, and even invited her into their home for their little guy’s first birthday party.

Here’s wishing young Benji a very happy birthday — and let’s thank Lily for her efforts in making sure he got to celebrate it.

The Queen Has Her Own Branch of McDonald’s