Tired of buying potato chip bags filled with air and candy boxes that are nearly empty? Take a page from the playbook of Biola Daniel, a Manhattan woman who said she felt “cheated” after buying a 3.5 ounce package of Junior Mints only to discover the candy filled just 57 percent of the box.

Instead of complaining about it, Daniel decided to get even — with a lawsuit. Earlier this month, Daniel filed a class-action lawsuit in federal court claiming that the Tootsie Roll Industries (aka the maker of Junior Mints) is deceiving shoppers by using disproportionately-large boxes. 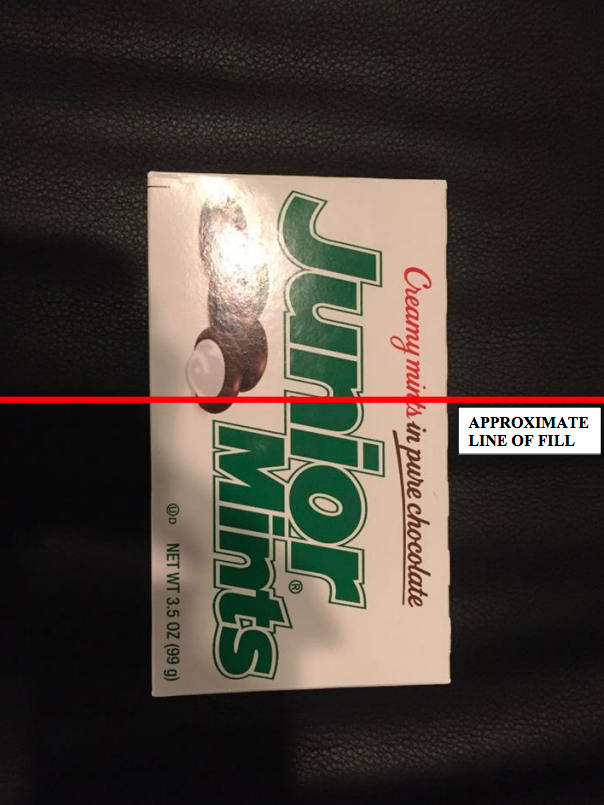 “The size of the product’s boxes in comparison to the volume of the candy contained therein makes it appear to plaintiff and class members that they are buying more than what is actually being sold,” Daniel said in the 36-page suit filed this week in U.S. District Court in New York City. “Plaintiff and class members are denied the benefit of their bargain because they pay for full boxes of the product but actually receive far less.”

Apparently, Daniel bought her displeasing box of candy at a Duane Reade pharmacy on 125th Street, in Manhattan, New York, on September 23 for $1.49. She claims that the box “contained approximately 40 percent non-functional slack-fill.”

The suit claims that there is a “significant” amount of packaged air in Junior Mints compared to other candies like Milk Duds — which has 23 percent of “slack-fill” — and Good & Plenty, which has just 12 percent “slack-fill.”

If you’re a candy lover, and you have similar feelings as Daniel, you might want to jump on the complaint train. This is a class-action suit, which means other plaintiffs have the option to join the claim. Who knows? You might win a lifetime supply of Junior Mints!

How to Get the Biggest Bang for Your Buck at Fast Food Restaurants, According to the Workers