With the holidays just around the corner, now is the perfect time to give back! Food Network star Sandra Lee might be a celebrity chef, but she came from very humble beginnings, which is why philanthropy is so important to her. Now that Sandra is in the position to be able to give back, she’s dedicated herself to philanthropy, and she was recognized for her charity work when she was awarded the Altruist of the Year award by Modern Luxury’s Angeleno magazine — and she also graced the cover of the magazine’s annual philanthropy issue.

“I know firsthand what a life-changing difference charitable organizations can make, especially to a child, because I was one of those children,” the 51-year-old told Angeleno. “Some would say I was born into underprivileged circumstances. I think of it as a gift. It made me who I am today, and that is a woman who is committed to working hard, having a clear perspective, putting my family first and giving back.” 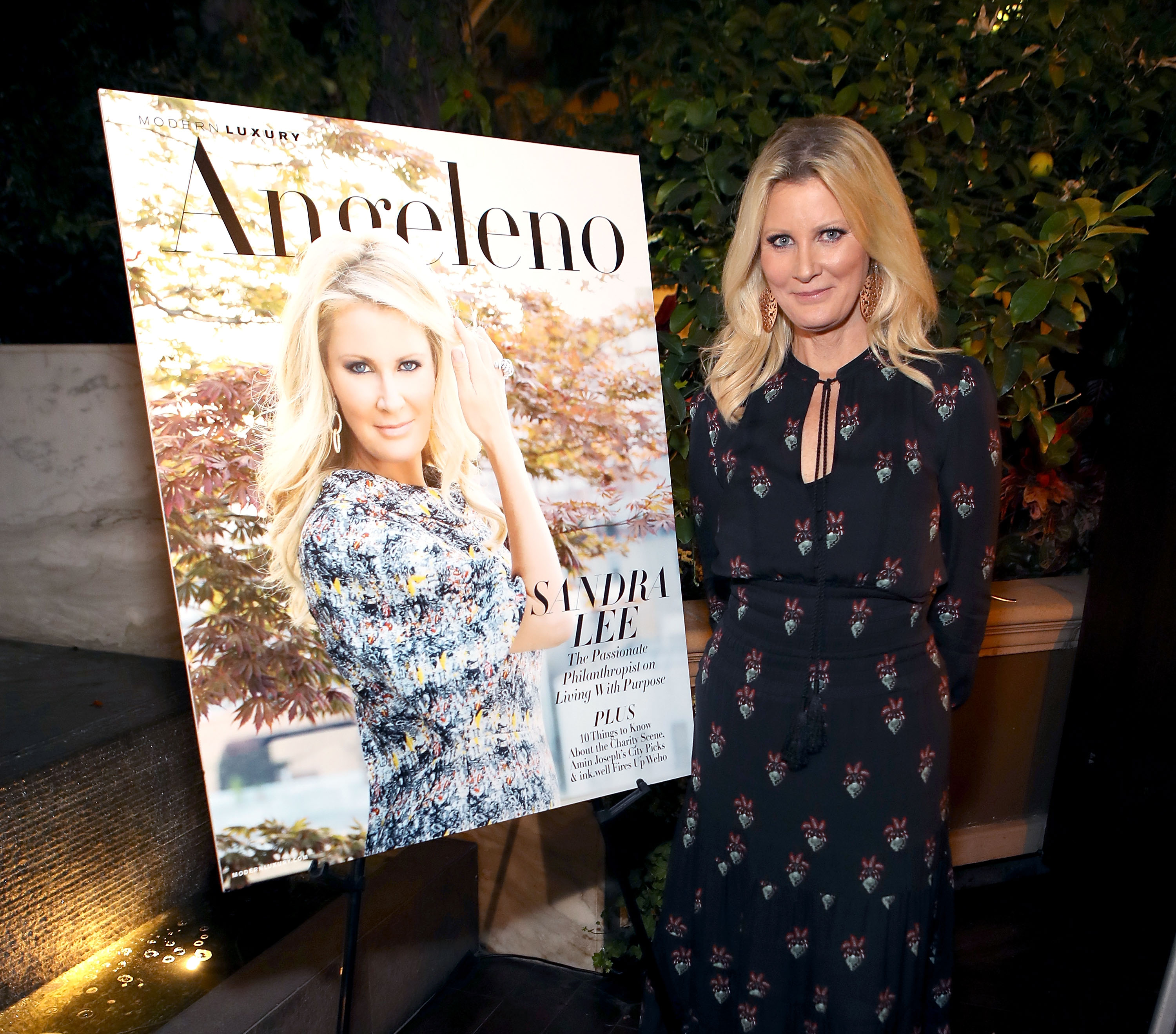 Sandra — who is also a breast cancer survivor — was born into poverty. Sandra’s mother Vicky Svitak was a teenage mom who suffered from addiction, and Vicky’s substance abuse left her unfit to care for her five children, according to People. Sandra was the oldest, so she took on the responsibility of providing food and care for her younger siblings with the help of food stamps and welfare.

The chef is known for her gorgeous holiday spreads, but she didn’t always have the resources needed in order to celebrate the holidays. She reflected on the first Thanksgiving she ever helped prepare, which was when she and her siblings moved in with their aunt and uncle.

“I didn’t have any money so Aunt Peggy, Uncle Bill, and I were in the kitchen, I bought fancy paper plates, I put them all over the kitchen table and we made all different kinds of candy and I wrapped them up with cookies in cellophane and I went and delivered them to all my friends,” Sandra told People. “I didn’t even know what a candy thermometer was, my uncle Bill taught me what it was.”