When Dawn Dohn showed up for work as a housecleaner, she stepped into a scene that is any parent’s worst nightmare: Her client, Tracy Rumfelt, was holding her 3-month-old baby who was blue in the face and not breathing. Fortunately, Dohn’s quick thinking ultimately saved the day. And now, she’s being recognized for her heroism by the Ann Arbor community in Michigan.

Dohn and her fellow Molly Maid employee Alyssa Elyer were only there to clean the house when they saw a panic-stricken Rumfelt, holding her daughter. Cassidy, the little girl, had stopped breathing. “When I got her into the light, I noticed her lips were blue,” Rumfelt told Click On Detroit. “I hit panic mode — starting calling a bunch of people.”

Immediately, Dohn dialed 911 and was coached over the phone on how to administer CPR to Cassidy, providing mouth-to-mouth CPR until the paramedics arrived. Now that’s not something they teach you in most industries before sending you out into the field! 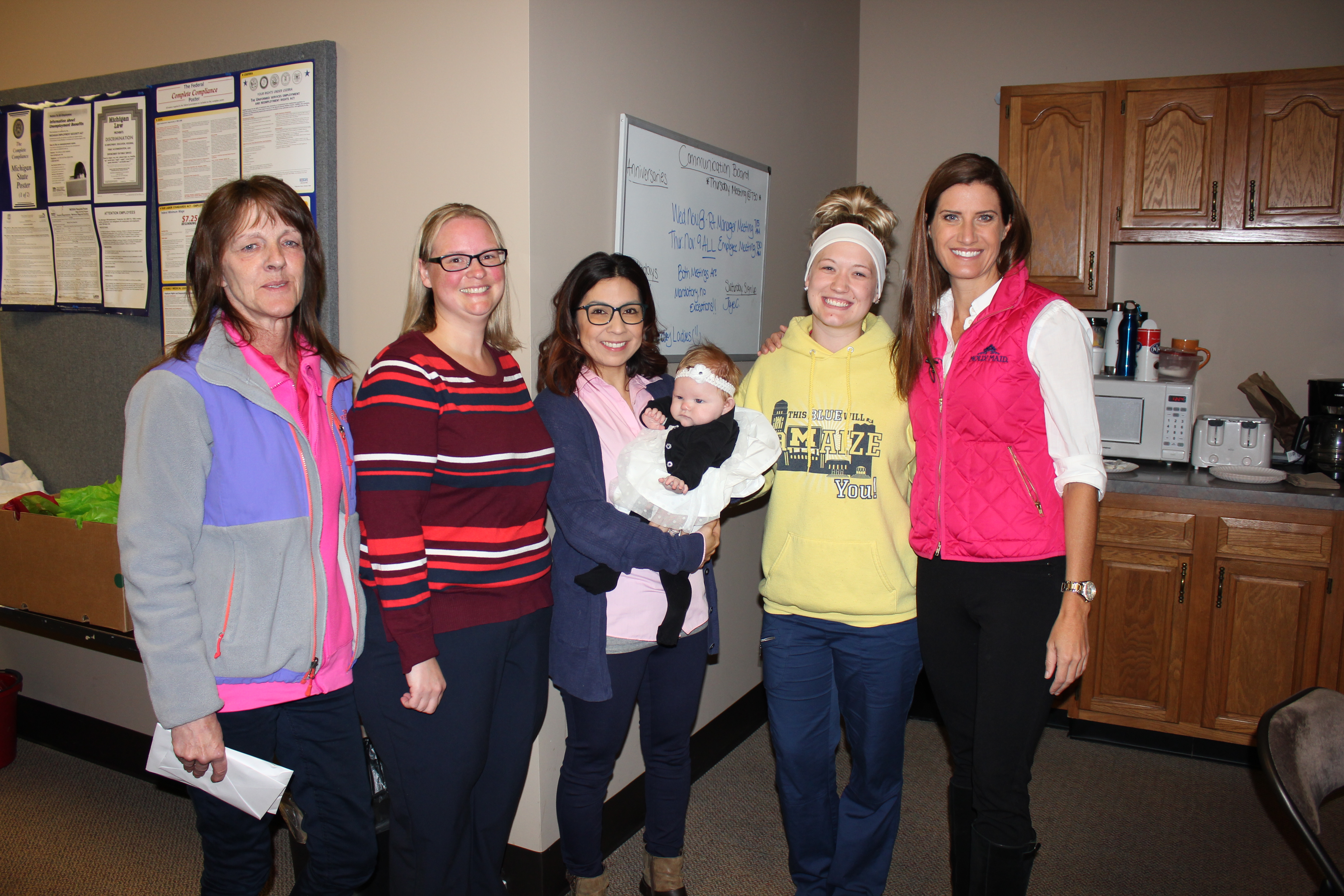 For her actions, Dohn was awarded $1,000 by Molly Maid, her employer. She and Elyer were also honored by Molly Maid president Meg Roberts at a special ceremony. “For many of us who are mothers, you know, you can panic. And you think you’re going to be able to handle it, and you just can’t, and you’re just panicking. And Dawn was beyond heroic — absolutely beyond heroic,” Roberts said at the event. “I don’t think there’s anything more amazing, more heroic, more generous, and just absolutely astounding [than] how calm you were, and what you did to really save a child’s life,” Roberts said, speaking to Dohn.

“We can’t express how grateful we are,” Rumfelt said through tears. “I thought she was going to die in my arms,” she told Click On Detroit. “Thank God, he sent me some angels.” How amazing!

Doctos think that little Cassidy swallowed phlegm, which blocked her airways. Fortunately, Cassidy spent only a few days in the hospital recovering from dehydration, and she is now home safe and sound.

Why a Businessman Wants to Return Skateboarder’s ‘Grass-Cutting Money’