Queen Elizabeth and Prince Philip celebrated their platinum wedding anniversary this month. We applaud the monarch’s marital achievement, and would like to introduce three inspiring women who’ve reached the same happy milestone.

Seventy years ago, the world was a different place — World War II had not long ended, Jackie Robinson was making his debut in Major League Baseball, and Princess Elizabeth was preparing to marry the dashing Philip Mountbatten, the Duke of Edinburgh.

On November 20, 1947, the 21-year-old future queen walked down the aisle of Westminster Abbey in front of 2,000 distinguished guests wearing a rather sumptuous Norman Hartnell gown. For the first time ever, cameras were allowed into the abbey, and a reel of the lavish ceremony played in cinemas across the globe.

The princess’ engagement and marriage united Great Britain after the deprivations of the war years.

To celebrate the 70th Wedding Anniversary of The Queen and The Duke of Edinburgh more new photographs are being released worldwide.  British photographer Matt Holyoak of Camera Press, took the images in the White Drawing Room at Windsor Castle earlier this month. In this release, The Queen and His Royal Highness are photographed against a platinum-textured back drop. The marriage of the then Princess Elizabeth to Lieutenant Philip Mountbatten took place at Westminster Abbey on 20th November 1947. Find out about The Queen and The Duke of Edinburgh's wedding day by clicking on the link in the bio.

“[It’s a] flash of color on the hard road we have to travel,” British Prime Minister Winston Churchill said at the time.

An amazing seven decades on, the queen’s marriage to Prince Philip has endured.

Four children, eight grandchildren and five — soon to be six — great-grandchildren later — this month “Cabbage” (Philip’s nickname for the Queen) and the Prince, who’s famed for his conversational faux pas, celebrated their platinum wedding anniversary — the first British royal couple to mark the milestone.

So what’s their secret to marital success?

“I think the main lesson we’ve learned is that tolerance is the one essential ingredient in any happy marriage,” Prince Philip has said. “You can take it from me, the queen has the quality of tolerance in abundance.”

The queen has also paid tribute to the man who’s been by her side for almost three-quarters of a century: “He has quite simply been my strength and stays all these years.”

Of course, Queen Elizabeth and Prince Philip aren’t alone in celebrating 70 years of wedded bliss. We met three women who’ve reached the same landmark and have their own tips for a long and prosperous marriage. 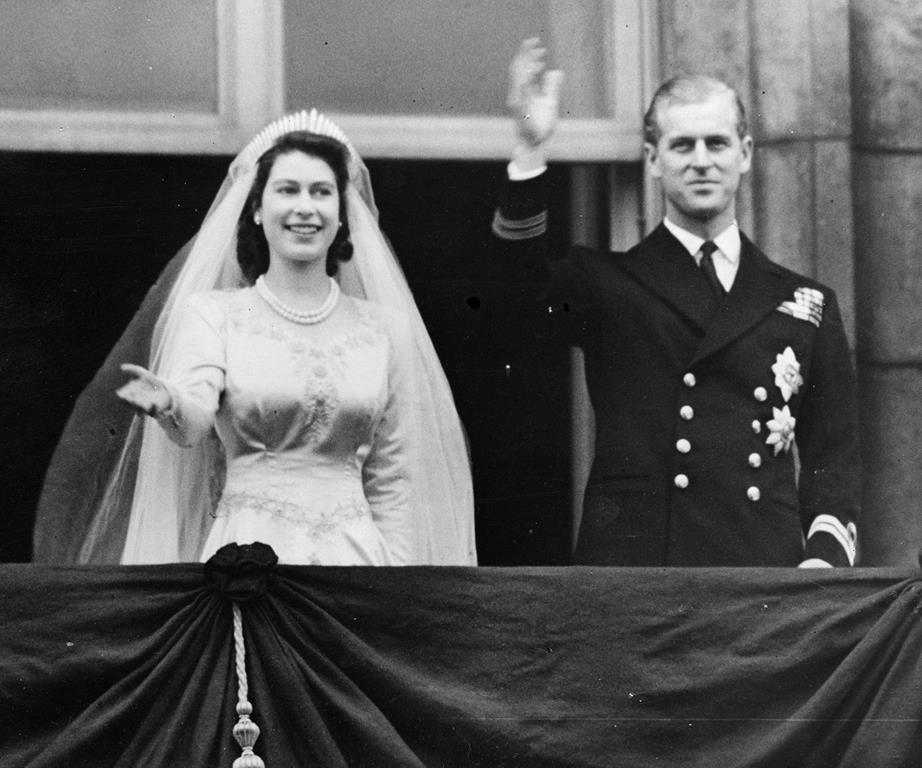 70 years, four children, and a lifetime of leadership under their belt certainly deserves a toast! (Photo Credit: Now to Love) 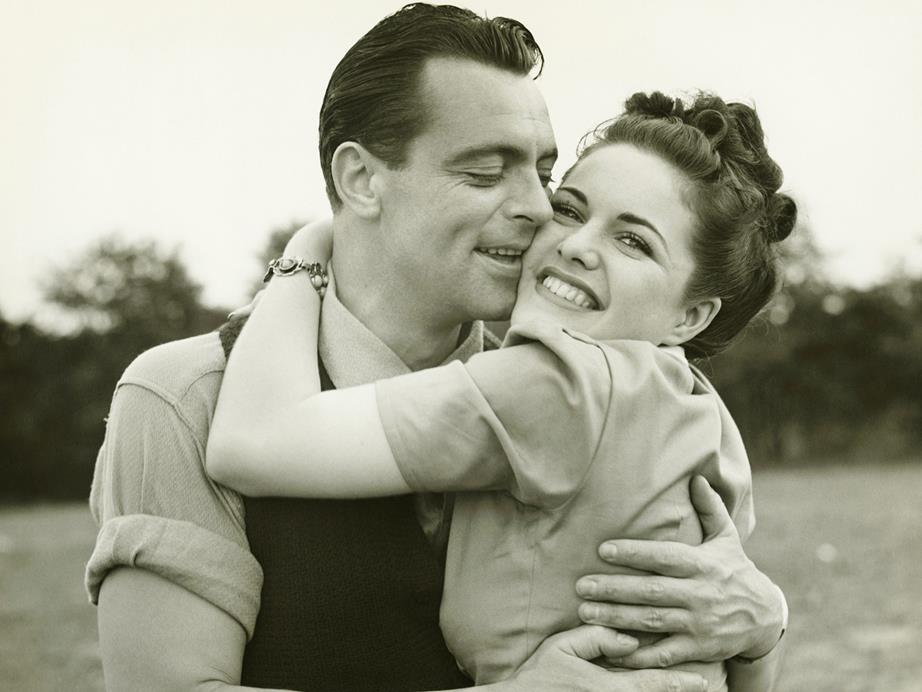 Glad Jackson’s the first to admit it wasn’t loved at first sight when her future husband, Gordon, asked if she wanted to dance 75 years ago.

“I thought he was alright-looking, but it certainly wasn’t love,” Glad says with a giggle. “Later down the track we just sort of clicked.”

Australia was in the grips of World War II when Gordon, who’s now 93, was posted to the Royal Australian Air Force training center in Glad’s home town in Victoria, Australia. After meeting at the town hall dance, the pair bonded and recently celebrated their 70th wedding anniversary.

“We courted for five years before we got married,” the 91-year-old recalls. “I didn’t think it was right to get married with a war going on.”

Having grown up on a farm, Glad, a former professional photographer, remembers impressing Gordon with her “bushie skills.”

“I could chop wood, kill sheep, and drive a tractor,” she says. “My father took Gordon under his wing and taught him how to be a bushie, too.”

They’ve lived in the same house in Strathdale, Victoria, for more than 60 years, and have raised three children and dote on their five grandchildren and 10 great-grandchildren. Although they’ve experienced their fair share of ups and downs over the years, Glad and Gordon believe it’s only made them stronger as a couple. “It’s all about giving and take,” she reveals.

A shared interest in rocks and minerals has taken the sprightly duo travel around Australia three times in the past seven decades. But, Glad firmly believes that pursuing your own interests is another key to a lasting union.

She says, “You can’t live in each other’s pockets all the time.” 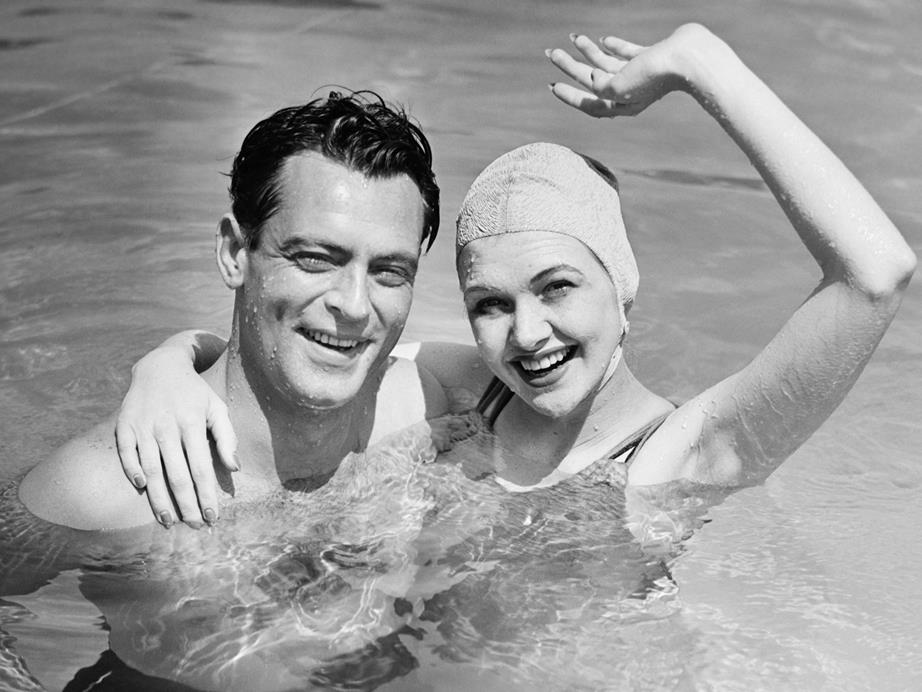 Beryl was just 15 when Ted, an officer in the Royal Australian Navy, ordered his first shake at the milk bar where she worked.

“He was so handsome he made my heart flutter,” the 87-year-old recalls. “Every time he came in after that, I made sure it was me who made his strawberry shake.”

Although love blossomed quickly for the couple, Beryl’s family weren’t too pleased when Ted popped the question a year later.“They thought I was too young to know what I was doing,” Beryl says with a sigh. “A lot of them said it wasn’t going to last. But we’ve sure shown them, haven’t we?”

Despite their critics, Beryl says she gave Ted, now 92, “a gift that keeps on giving” when they tied the knot on his 22nd birthday. They’ve since gone on to have two children and are the incredibly proud grandparents of seven grandchildren and ten great-grandchildren.

When asked what she thinks is the secret to a successful marriage, Beryl doesn’t hesitate.

“Communication,” she replies. “Like all married couples, we’ve probably had a million arguments, but we always make sure we talk things through. Sometimes we have to walk away and cool down and come back to it later, but we always resolve things.”

Although Ted has lost his central eyesight over the years and Beryl is hard of hearing, the couple agree they’re closer now than they’ve ever been.

“Getting old has brought us closer together,” she says. “I see for him, he listens for me — and it works.” 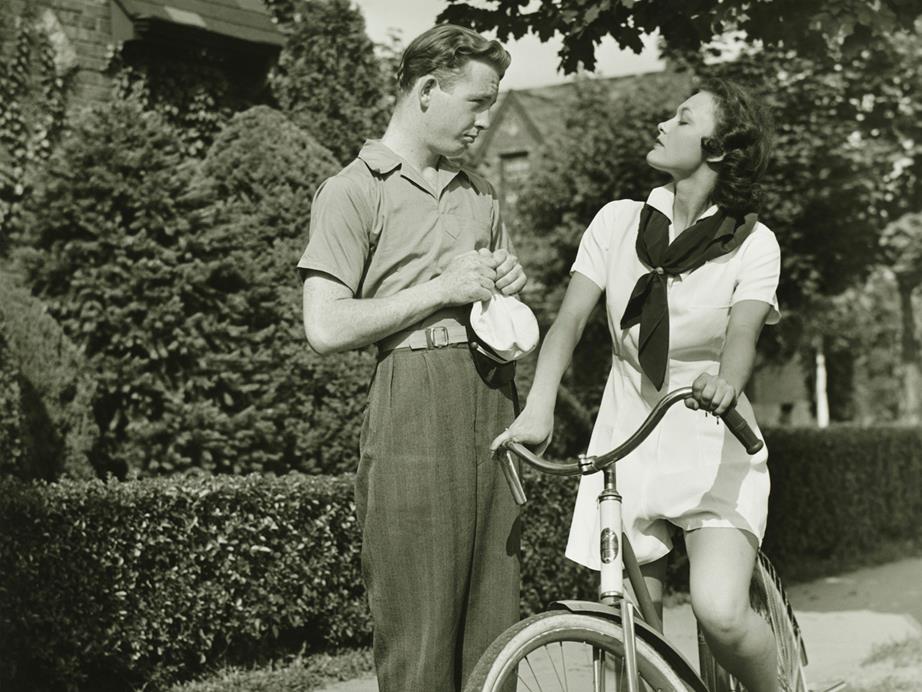 A couple celebrating their platinum anniversary while traveling around Europe is rare. But Jack and Joyce Carter, from Newcastle, Australia, did just that, cruising from Amsterdam to Budapest before enjoying a special dinner on board the ship in Vienna.

“We were treated like royalty on the cruise,” Joyce recalls. “The captain and crew all stood around us, singing and clapping while they served us wine and chocolate cake.”

Jack was a 16-year-old deckhand on the Stockton ferry when he first met 14-year-old Joyce, who was traveling to Newcastle to attend business college. “I sensed someone was looking at me and turned and saw Jack,” the 90-year-old says. “I hadn’t met him, but he winked at me. That did the trick.”

Although Jack, 92, still claims he had something in his eye at the time, the pair became more or less inseparable from that moment on. Not even World War II could tear them apart, when Jack was posted to Darwin to serve in the RAAF Marine Section’s air-sea rescue unit.

“We wrote every single day,” Joyce reveals. “The war ended on my 18th birthday, and it was the best present ever because I knew he would come home and we could be together again.”

Although they had to save for 15 years to take their first family vacation, they’ve certainly made up for lost time since Jack retired, enjoying 13 European vacations. They both believe the key to 70 years together is quite simple.

“We start every day with a cuddle and a cuppa,” Joyce says sweetly. “We joke a lot, too.” And the adventurous pair tell us their traveling days definitely aren’t over yet.

Joyce says, “We still want to travel around Australia.”

This post was written a guest writer. For more, check out our sister site Now to Love.

Judith Light’s Secret to a Healthy Marriage Is Living Apart

Researchers Uncover the Top 50 Secrets of a Happy Marriage

How to Organize Your Bedroom for a Happier Marriage