When a woman sent a text message to the wrong number, she didn’t know the huge effect that the mistaken text would have on one family’s life. Looking for a second opinion from a friend, a young woman named Sydney mistakenly sent three pictures of herself in a formal gown to a stranger — a Tennessee father-of-six, Tony. 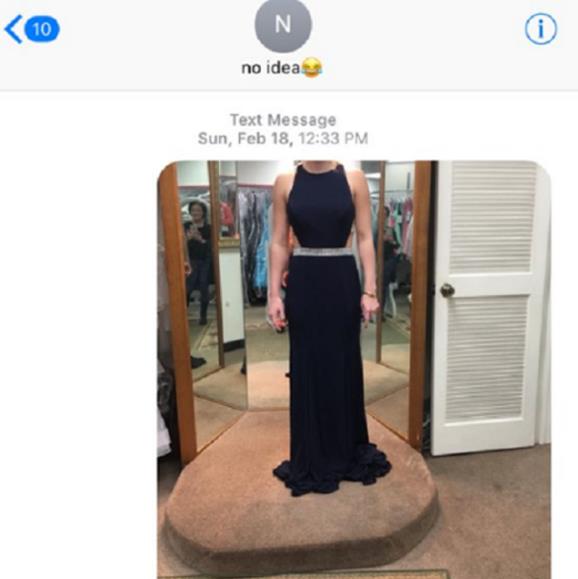 Instead of responding, “Sorry, wrong number,” Tony sweetly replied, “I believe this message was intended for someone else. My wife isn’t home, so I couldn’t get her opinion, but the kids and I think you look stunning in the dress! You should definitely go with that one!” Tony accompanied the kind text with a picture of five of his beaming children all giving the dress a thumbs up. 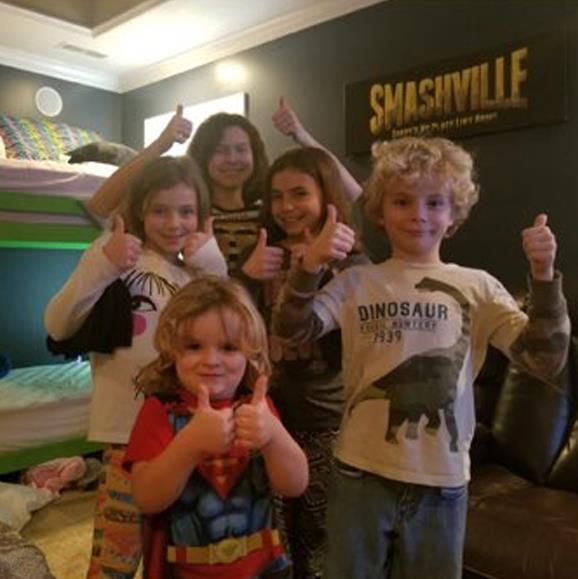 Too cute! But wait, this story gets even sweeter. Sydney’s friend, a woman named Mandi, was so tickled by the exchange, she tweeted it. “Syd accidentally sent pics of her dress to the wrong number and this was their response,” Mandi wrote.

Syd accidentally sent pics of her dress to the wrong number and this was their response 😂 pic.twitter.com/SWmcqSFiqh

Nearly instantly, the Tweet went viral, racking up almost 175,000 retweets and 700,000 favorites at the time of writing. The famous tweet eventually made its way back to Tony, who responded, “Apparently, you have made my children Twitter famous! My 2nd youngest (not pictured, he was at chemo clinic) has a FB page for his fight against leukemia and one of our Prayer Warriors recognized the children! Btw, my wife agreed that the dress looked great! God Bless!”

A Twitter user then tracked down the family’s GoFundMe page, where they had been fundraising for their son Kaizler’s treatment and posted it on the chain. “Hope Twitter does its magic. Below is the GoFundMe link for Kaizler’s treatment for leukemia,” they wrote. The family’s GoFundMe page was created two years ago, but it wasn’t until Mandi’s tweet that its goal of $10,000 has been reached. Currently, they have raised a whopping $30,567.

This heartwarming story proves the power of the internet to do a whole lot of good. If you wish, you can make a donation to the family here.

This post was written by Bettina Tyrrell. For more, check out our sister site Now to Love.

Inspiring Quotes From Stephen Hawking, The Man Who Literally Changed the Way We View the Universe