Thanks to royal correspondents Emily Andrews and Omid Scobie, we heard all of the adorable details via their royal-themed podcast, On Heir. The duo shared behind-the-scenes descriptions of everything that happened at St. George’s Chapel on Saturday, May 19, including how Prince George soothed Prince Harry’s goddaughter, Zalie Warren, at the beginning of the ceremony.

“Poor Zalie Warren had a bit of a meltdown,” Andrews said. “She’s only two. She started crying when they were waiting for Meghan. It was only a couple of minutes. So Nanny Maria Borrallo kind of looked after her, and George apparently was trying to comfort her as well, which is very sweet.” 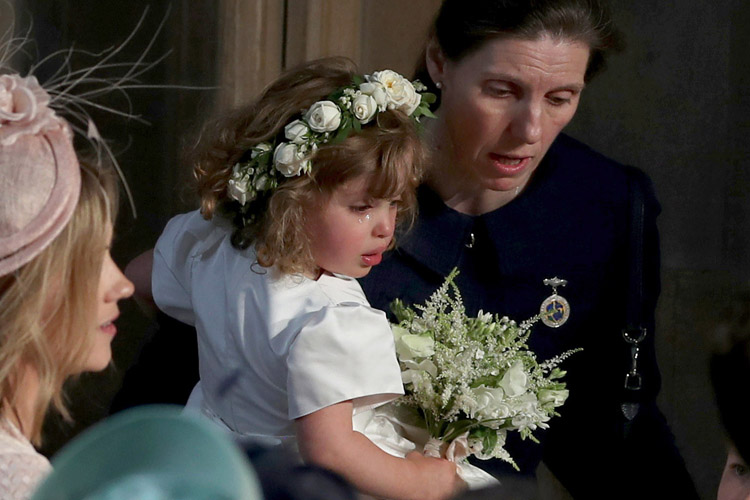 Even though Warren’s nanny (who was on call to look after the wedding party) caught her in tears, it seems little Georgie’s act of kindness did the trick. The little prince, Warren, and the rest of the bridal tots did an amazing job on their entrance as they followed Meghan down the aisle.

But Prince George wasn’t the only one to stand out at the royal wedding. Supposedly, his sister also took the reins during her uncle’s wedding. Princess Charlotte reportedly instructed the other bridesmaids when they were allowed to move forward.

“There was one girl who wanted to go and she said, ‘No you can’t go yet. We have to wait until we are asked,'” a wedding guest told People. “She was really organized!”

We should have known Prince George and Princess Charlotte would be the ones to secretly run the show on Meghan and Harry’s big day!