Crystal Hurta is a Texas school counselor who likes to get to work early so she can begin helping her students as soon as the day starts. Like most, Hurta has a morning routine, but there’s just one item on her to-do list that’s a little bit different from ours. Every morning, she feeds the local squirrels — one of whom has only three paws.

“My office window points out to this huge tree and we have a ton of squirrels,” Hurta told The Dodo. “Several years ago I saw them all out there and noticed that one squirrel in particular was missing a front paw. I wanted to make sure she was getting enough to eat, so I started throwing a little bit of corn out there every day.” 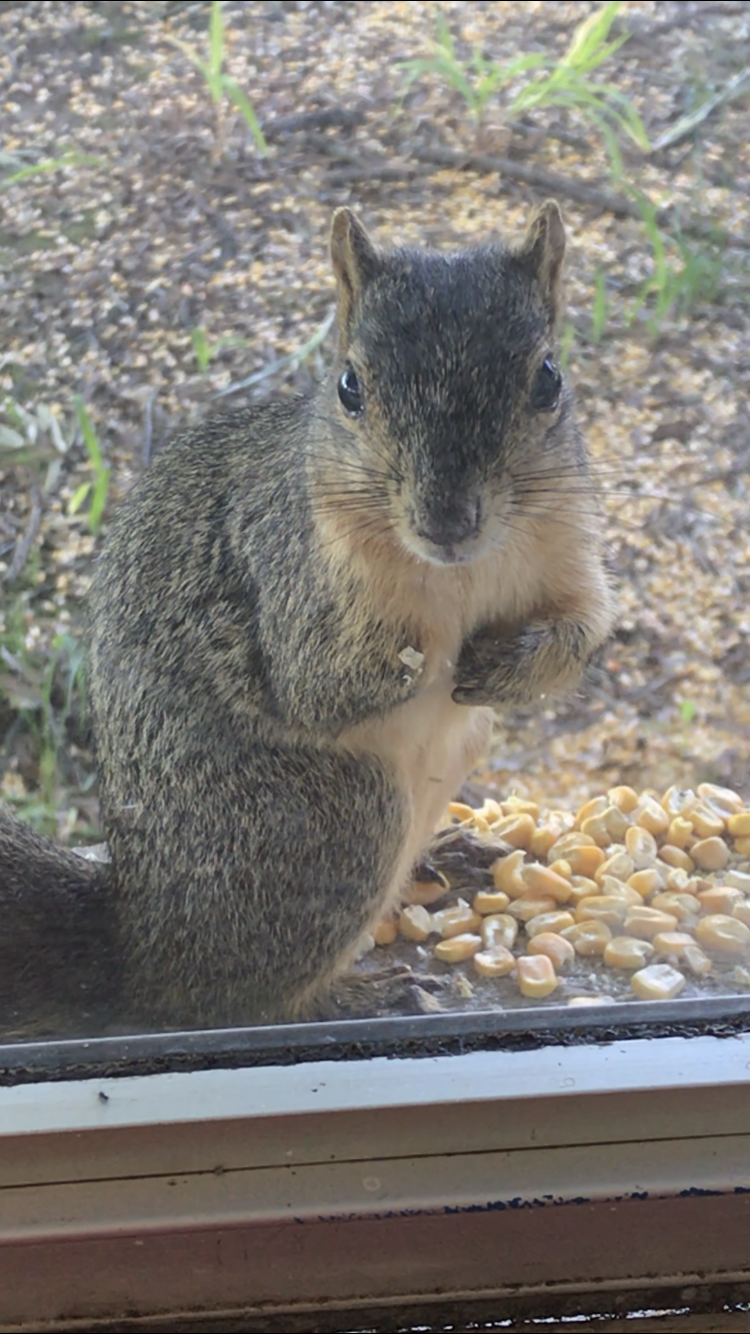 Hurta soon became attached to the little squirrel and decided to name her Stubby. It didn’t take long for Stubby’s furry friends to find out that Hurta’s window was the best spot to get a tasty treat. Within weeks, a whole army of squirrels gathered by her office window, patiently waiting for their daily snack. 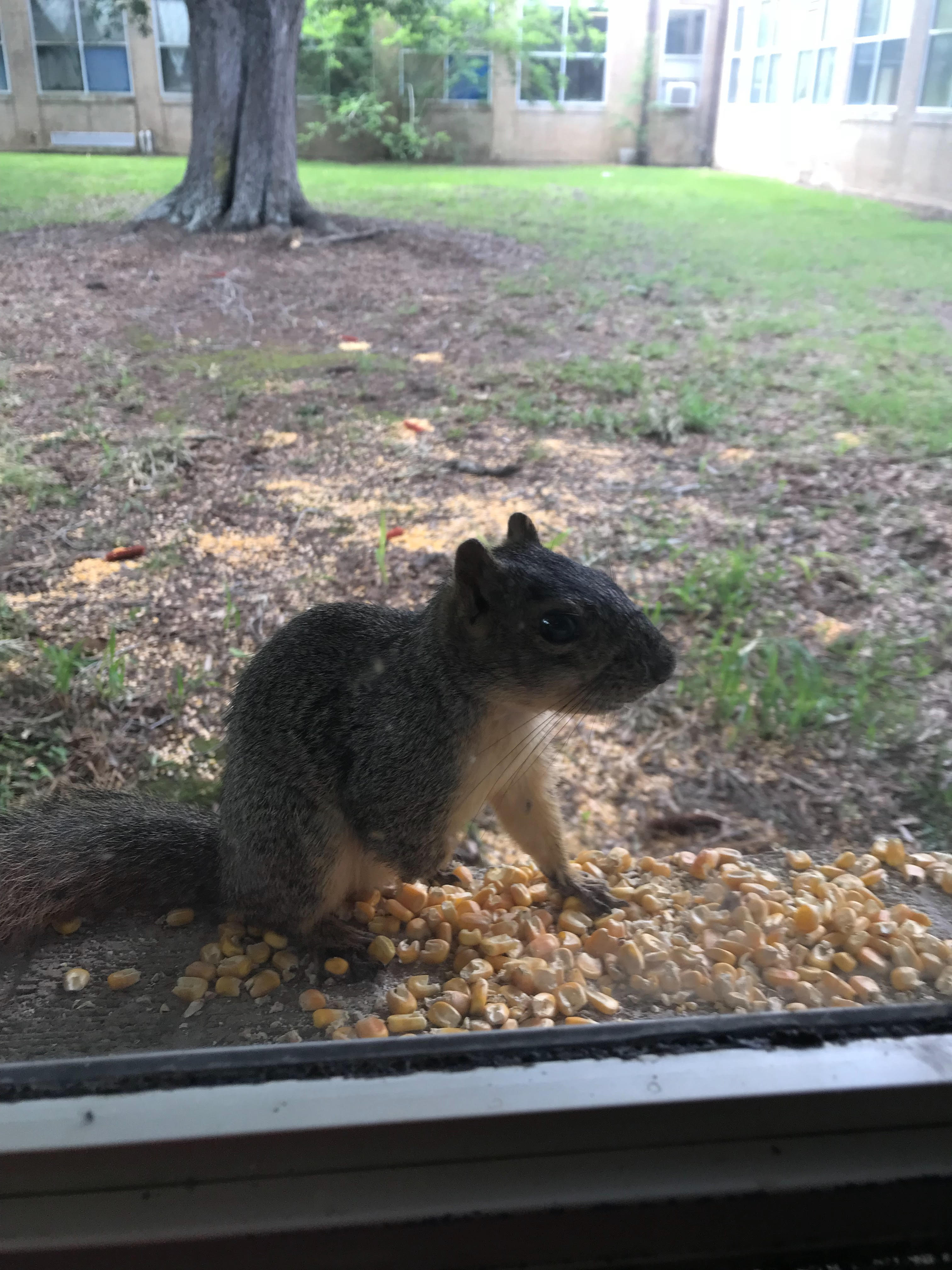 Hurta’s little “pets” have become so accustomed to getting their morning meal that they’ll knock on the window to get her attention. The squirrels aren’t the only ones who’ve gotten used to having the extra company. Hurta says the cute critters have become so special to her that she visits every other day during the summer to make sure they’re properly fed.

“They’ll literally start tapping the window as if to say, ‘Hey, you’re late,’” Hurta said. “If I happen to not be in the office one day, my partner will tell me the next day, ‘Your squirrels have been looking for you!”

Even though Hurta loves all of her squirrels, Stubby is her absolute favorite. Last fall, her beloved Stubby had three little babies, and Hurta has watched over them ever since.

“I’d see her run around with them and hold them,” Hurta said. “It was the coolest thing. And now she brings them to my window, too.”

We’re so glad these adorable little animals have a squirrel mama to look after them (and their children) for years to come!