A goat who startled a yoga class by giving birth in the middle of their session is doing A-OK, as are her precious newborns. The goat’s owner, Megan Kibby of Decatur, Georgia, told WomansWorld.com that “The babies are doing great now,” along with their mother Tassi. And if you’re wondering what a goat was doing wandering around all those downward dogs, we’ll back up a bit.

Goat yoga is exactly what it sounds like — practicing your well-formed yoga moves in the presence of goats. Sounds pretty cool, right? Even so, goat yoga isn’t just a fun trend that the kids are posting on Instagram. Goat yoga is basically a unique style of animal-assisted therapy.

Kibby and her business partner, Jason Lewis, share ownership of Red Wagon Goats, a company that provides the community with a variety of services, including goat adoption, goat rental, and of course, goat yoga.

On Sunday, May 20, Kibby’s goat Tassi began pacing in circles and pawing at the ground. Worried, Lewis rushed to help. He quickly realized what was going on once he picked Tassi up: the sweet goat was in labor! Tassi surprised all the yoga students by giving birth to twin kids, a girl they named Sue-Anna and a boy named Storm. 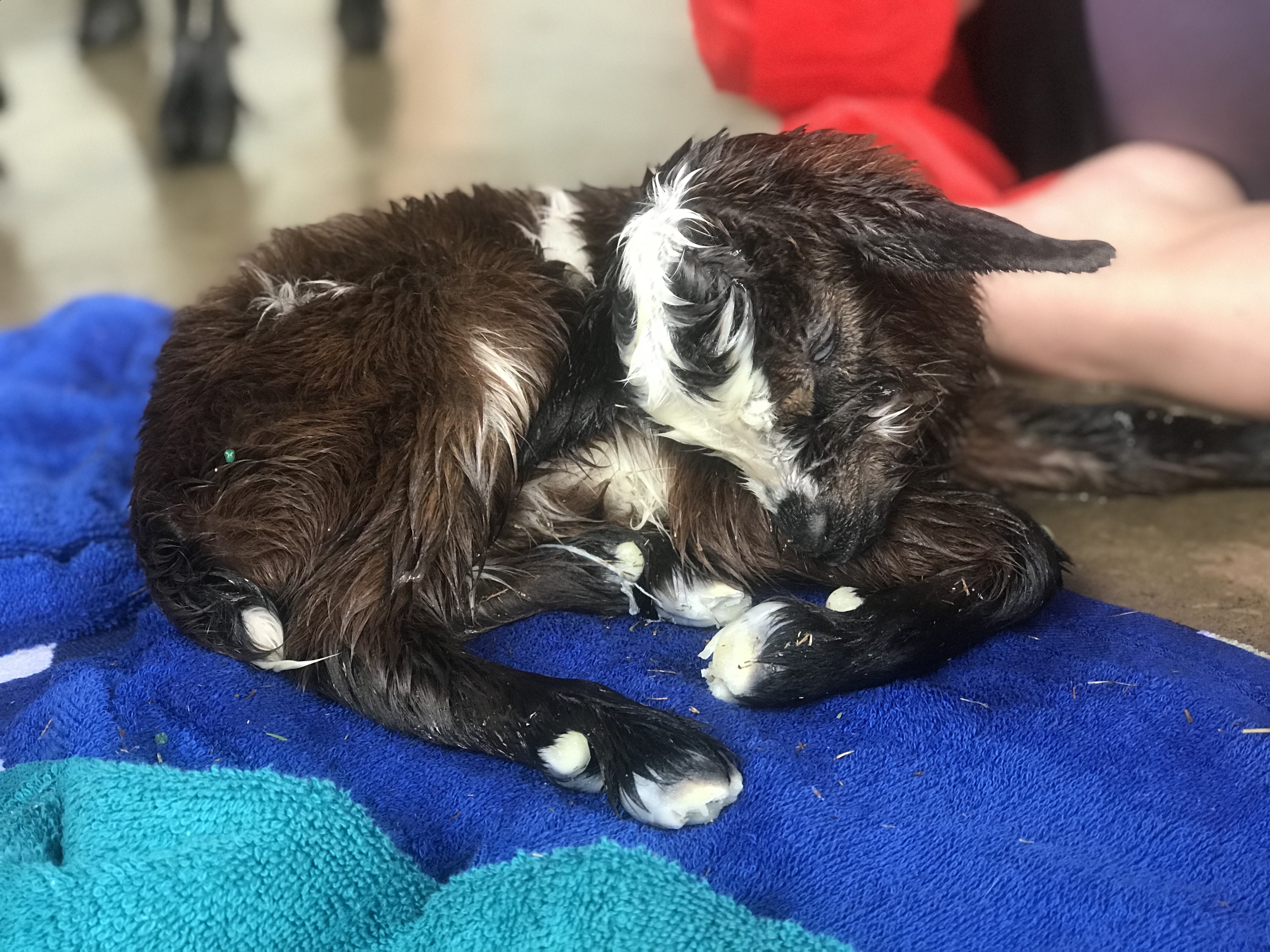 Despite all the excitement, Kibby said Tassi has “adapted to motherhood beautifully, and isn’t just our wild child anymore. She’s nurturing and has little beings to care for and worry over.” 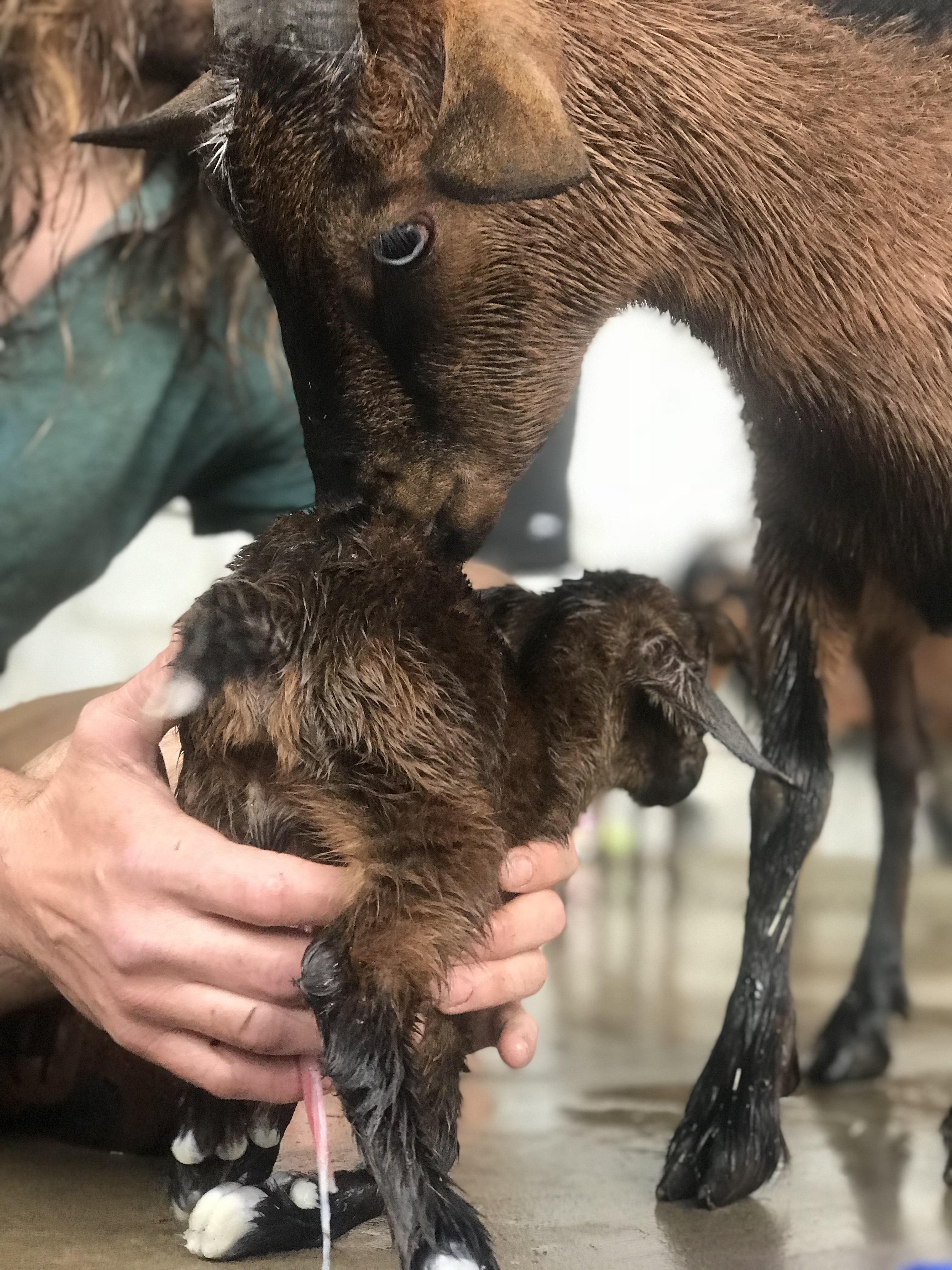 The babies didn’t mind the commotion, either. Although their birth was quite unexpected (and had a live audience), Kibby says the kids have been adapting well to life at Red Wagon. They’ve even made friends with other baby goats on the property.

“They love their mama and she’s protective of them, but she lets them play with their ‘siblings,'” Kibby says. “Since there were two born the day before them, and two a week later, there are six little ones that are jumping all around and playing together thick as thieves.” 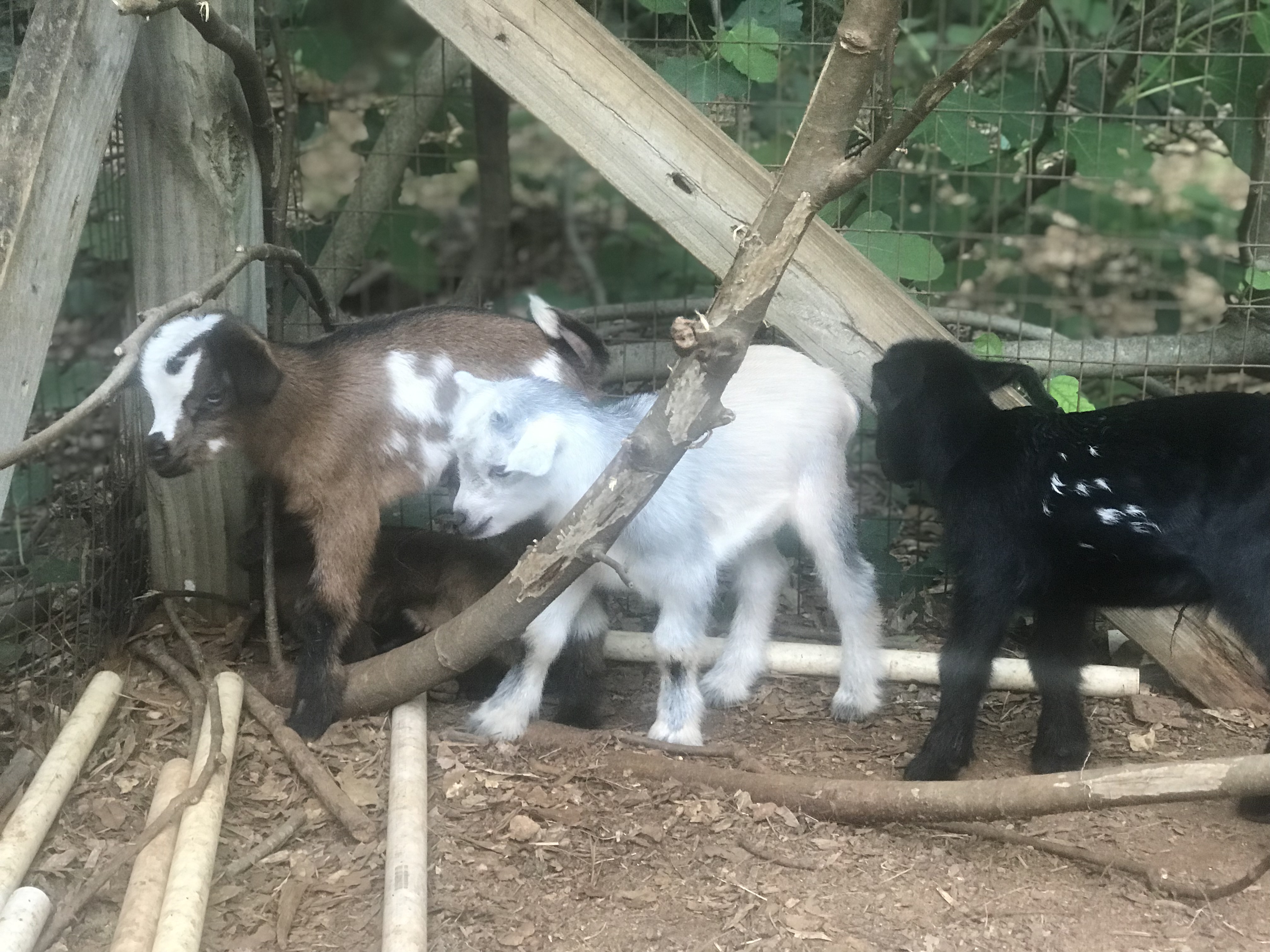 In fact, Kibby says little Storm and Sue-Anna will be ready to get back on the mat in just a few days. Red Wagon likes to start its newborn goats in yoga classes as soon as possible so they can get acclimated to the environment and become comfortable with people. Plus, baby goats like to crawl on top of students’ backs or plop in their laps.

If you’re interested in learning more about goat yoga (honestly, who isn’t) or just want to see more cute photos of Sue-Anna and Storm, visit RedWagonGoats.com.

Thanks to a Dizzy Cat’s Loud Meows, His Family Survived a Deadly Carbon Monoxide Leak