Angelina Jolie flew across the pond to attend a royal service at St. Paul’s Cathedral to mark the anniversary of the Most Distinguished Order of Saint Michael and Saint George. If you thought the Hollywood star bore a resemblance to the ever-stylish Duchess of Sussex, you’re not mistaken. Angelina wore a Ralph & Russo design, a favorite of Meghan Markle’s. 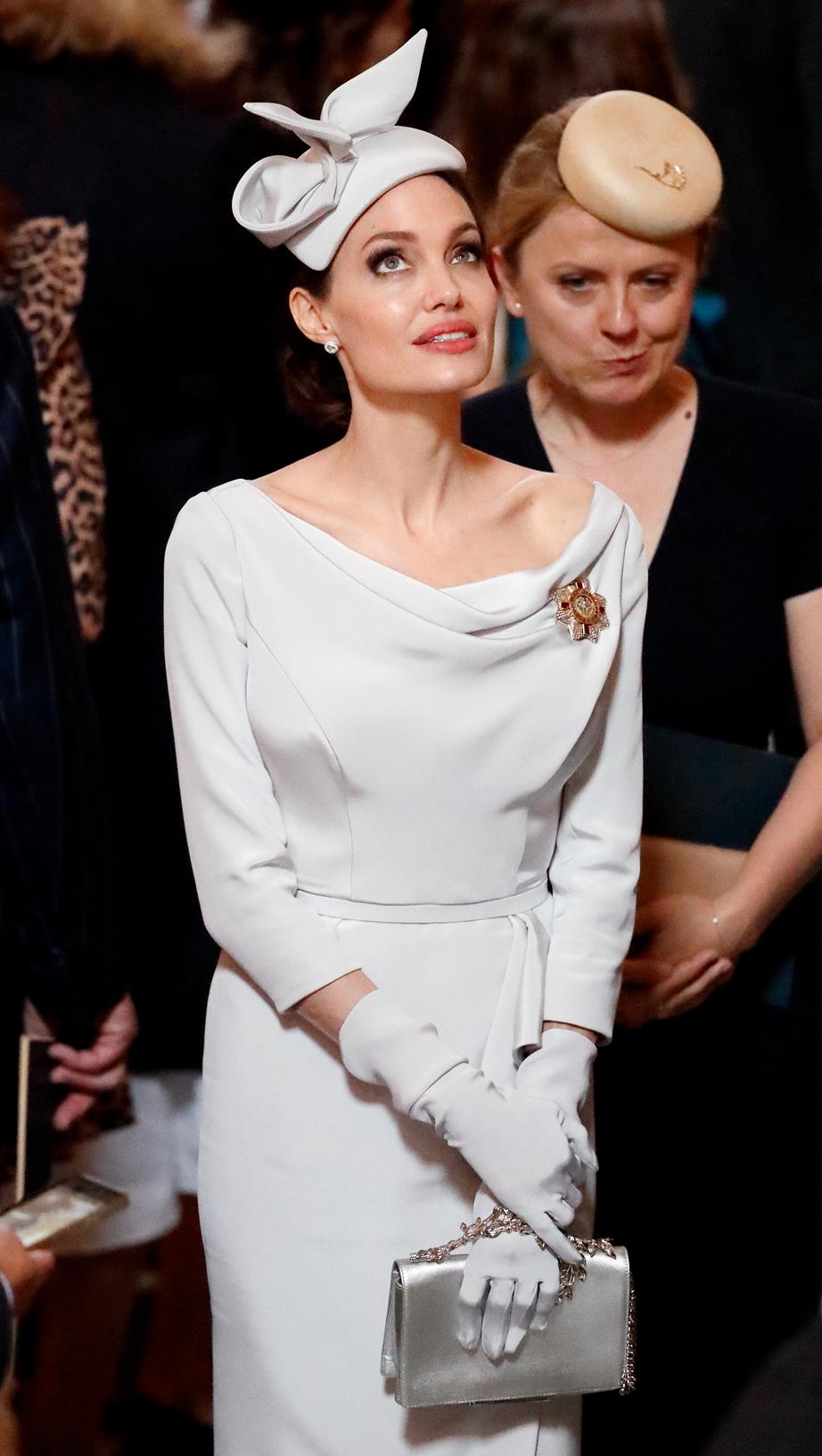 For Meghan Markle’s official engagement photos with Prince Harry, the duchess dazzled in a beaded Ralph & Russo gown rumored to be worth a whopping $97,000. Australian duo Tamara Ralph and Michael Russo were also tipped to design her wedding dress, but she eventually settled on a classic gown by British designer Clare Waight Keller for the French fashion house Givenchy.

While neither Meghan nor her equally fashionable sister-in-law Kate Middleton were at the service, Angelina looked just like royalty. 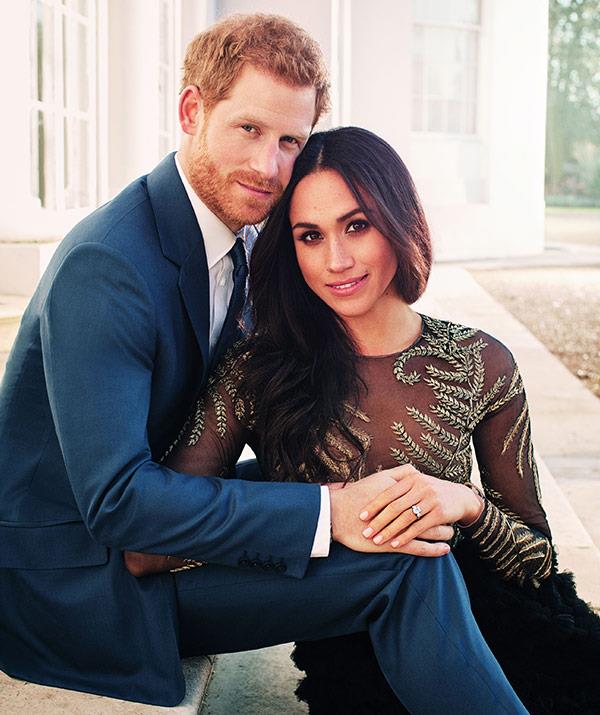 The service marked the 200th anniversary of the Most Distinguished Order of Saint Michael and Saint George. This prestigious honor is awarded to men and women who have completed extraordinary non-military service in a foreign country. Seeing as Angelina Jolie is famous for her humanitarian work across the globe, she was invited as a recipient of an honor from the Order.

Unfortunately, Angelina missed out on meeting with the queen because according to Buckingham Palace, she was “feeling under the weather,” and didn’t attend. But the two have met before. Angelina received her damehood from the monarch in 2014 for her efforts to raise global awareness of violence against women as the co-founder of the Preventing Sexual Violence Initiative. 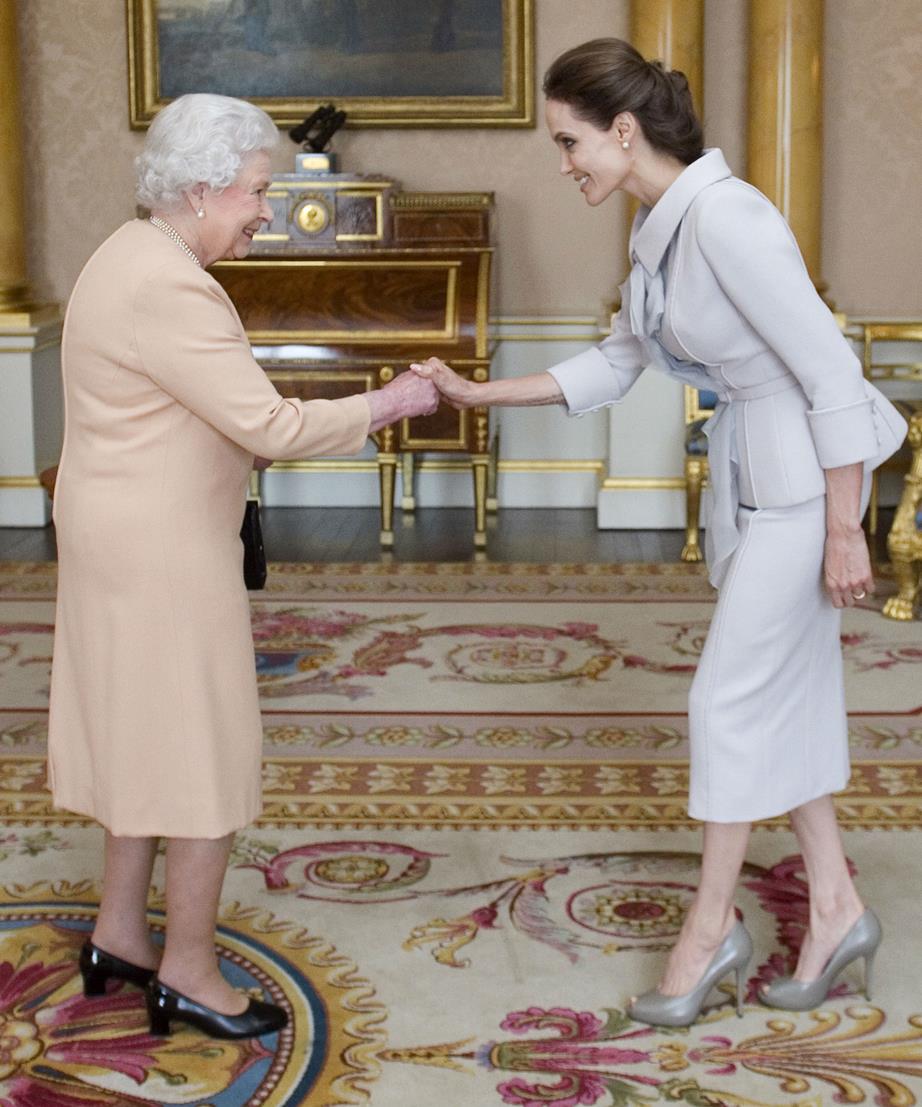 Dame Angelina certainly has a nice ring to it. (Photo Credit: Getty Images)

The Maleficent star previously spoke about how she admired the queen and even hopes to pass on a lesson she learned from the royal to her own kids.

This post was originally written by Alex Lilly. For more, check out our sister site, Now to Love.