In hopes of giving more shelter pups the chance to find a forever home, an ambitious animal-loving student from Austin, Texas, created a website that matches users with adoptable dogs that fit their lifestyles and personalities.

Aiden Horwitz, an eighth-grader attending Austin Jewish Academy (AJA), has spent the past few months researching a new way to help potential pet owners find the perfect pooch. Her research led her to build DogDoOrDogDont.org, a website that takes users through 13 survey questions that ask about the size of their home, how much alone time their future pup might have to stand, and the amount of barking they can deal with, among other topics. Once users are finished with the survey, they’ll receive a score that will match them with available dogs on the Austin Pets Alive! website. If users score between zero and 10 percent, the website suggests they might be better off with a cat. 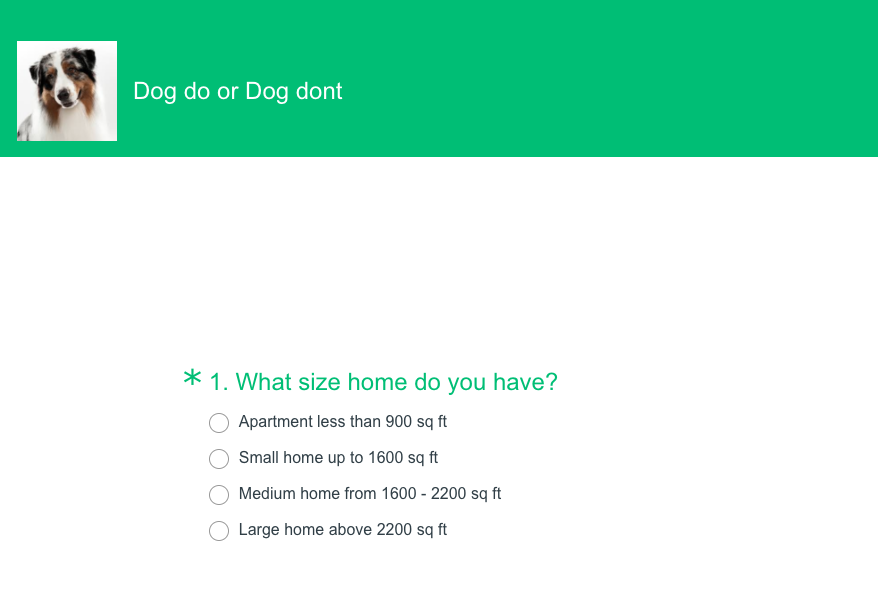 The idea came to Horwitz during an elective class her school calls the Passion Project, in which students choose something they’re curious or passionate about and then design and finish a project based on that interest.

“We get to spend an hour and 15 minutes a week on what we are passionate about,” Horwitz wrote on her website. “I wanted to come up with a way to help get dogs adopted, or help people get the right dog for them and their family. I decided to create this survey so people could get an idea for what breed of dog would be a good fit for their lifestyle.”

So far, Horwitz’s project has gifted five dogs with brand-new doggo parents. And she’s not stopping there. Horwitz said she hopes to extend her website to include additional shelters in Texas to match even more pups with a loving forever family.

There is one dog, however, whose future adoption is particularly special to Horwitz. Royce is a three-year-old cattle dog mix who is deaf. The poor pup has been at the shelter for more than two years now.

“My website has 10,000 views so far,” Horwitz told local news station KXAN. “My very big goal is that there’s no need for animal shelters.”

Wouldn’t that be something? We’re so proud of Horwitz for following her heart and taking action. We hope sweet little Royce gets adopted soon — though with Horwitz’s help, we’re sure he will!