It’s been 10 years since Susan Lucci competed on Dancing With the Stars, but the fierce 71-year-old says she’d be happy to join the dancing competition for another season in the future. When exclusively asked by Closer Weekly if she’d ever return to the ballroom, Lucci — who is launching a workout collection perfect for dancers with QVC this Friday — replied, “You know, I would do it again. It was a spectacular experience. I’m so happy I did it.” 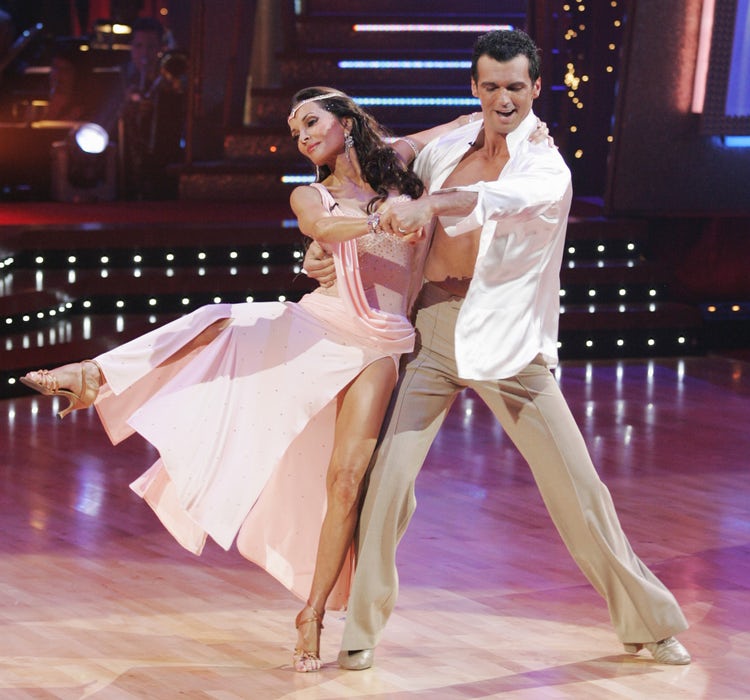 However, the All My Children star admitted that it’s a lot harder than it looks. “Oh, it’s hard. It’s really hard,” Lucci confessed to Closer. “I didn’t know how hard it was going to be because I’m used to taking blocking as an actress and I’ve been on Broadway and I can take coreography. It’s very quick.” The proud grandma added, “On top of it, I was working in NY while I was doing DWTS in LA, so twice a week we were flying back and forth, and I was working on All My Children.“ That said, her busy schedule at the time taught her an important lesson. “So next time, if I ever did it again, it would be my only project!” she admitted. During the 2008 season, Lucci was paired with pro dancer Tony Dovolani and the pair was eliminated seveneth. While they were on the series, he was also so supportive of Lucci. “He would be with me everywhere I was and we would dance in the waiting room for the plane and the hallways at All My Children in between rehearsals.”

Come see me in NYC tomorrow morning (Wednesday) at 9am ET—on @MEGYN TODAY!!! There may even be a surprise for some of my biggest fans!!! Get tickets now at Megan Kelly TODAY bit.ly @qvc

During our sit-down with Lucci, she gushed about how great of a partner he was. “Tony on was my fabulous dance partner,” she said, adding that they’re still in touch today. “He’s a doll. I actually saw him within the year and we danced together actually and it was wonderful.” A comeback for the dynamic duo seems even more possible because Dovolani recently teased a return to the show to Closer. “That door will never close for me because DWTS has meant so much to me and my family in general — but now that, [I don’t think there’s a] spring show, and if they do it once a year it might be a possibility,” he said. “For me, it was very difficult having three kids, for me to be away six months a year. If that ends up happening, and they are interested in me going back, I would be more than happy to do it.” If one thing’s for sure, we’d be Team Lucci and Dovolani if they ever took another shot at the Mirror Ball Trophy!