Just in case there was any doubt in your mind about what a devoted dad Tim McGraw is, be assured the Grammy-winning singer has now put them to rest. And it’s all because of what the country star said on The Ellen Degeneres Show.

While talking about his upcoming joint tour Soul 2 Soul with wife Faith Hill, McGraw also discussed being tough on the young men that try to woo his daughters, Gracie, 19, Maggie, 18, and Audrey, 15.

As it turns out, he has something in his hands when dates come to the door. And spoiler alert: it isn’t flowers. 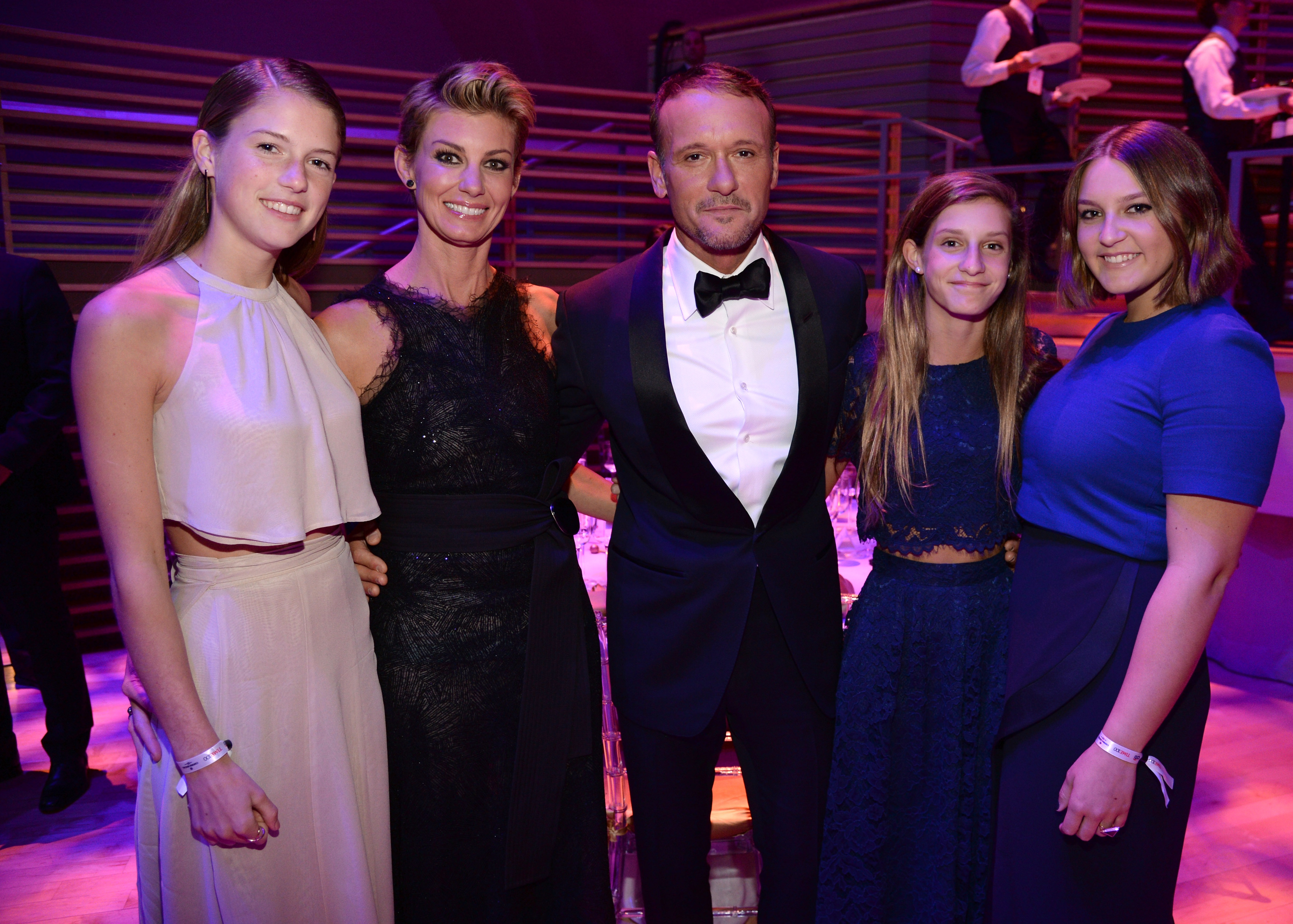 “There was a winter formal or something,” McGraw said. “There was a bunch of kids in a limousine and I had a sledgehammer over my shoulder.”

Oh my! A sledgehammer is certainly one way for the usually “Humble and Kind” performer to get his message across.

He added, “You don’t want to be mean, but when someone is taking your daughter somewhere, you want to induce a healthy amount of respect—and fear.”

And good news: It looks like Mom agrees with Dad on this one.

Hill said, “I was a little soft (at first). But when you go through it for the first time—those of you who have daughters out there, all the sudden I became animal-like.”

MUST-SEE: Tim McGraw Had a Funny Way of Proposing to Faith Hill…and Her Response Was Perfect

Much to the delight of the audience, Hill then said to her husband, “Do it. Take the sledgehammer.”

See for yourself in the heartwarmingly hilarious footage below!

NEXT: See Tim McGraw and Faith Hill’s STEAMIEST moments throughout the years in the eye-popping pics below.